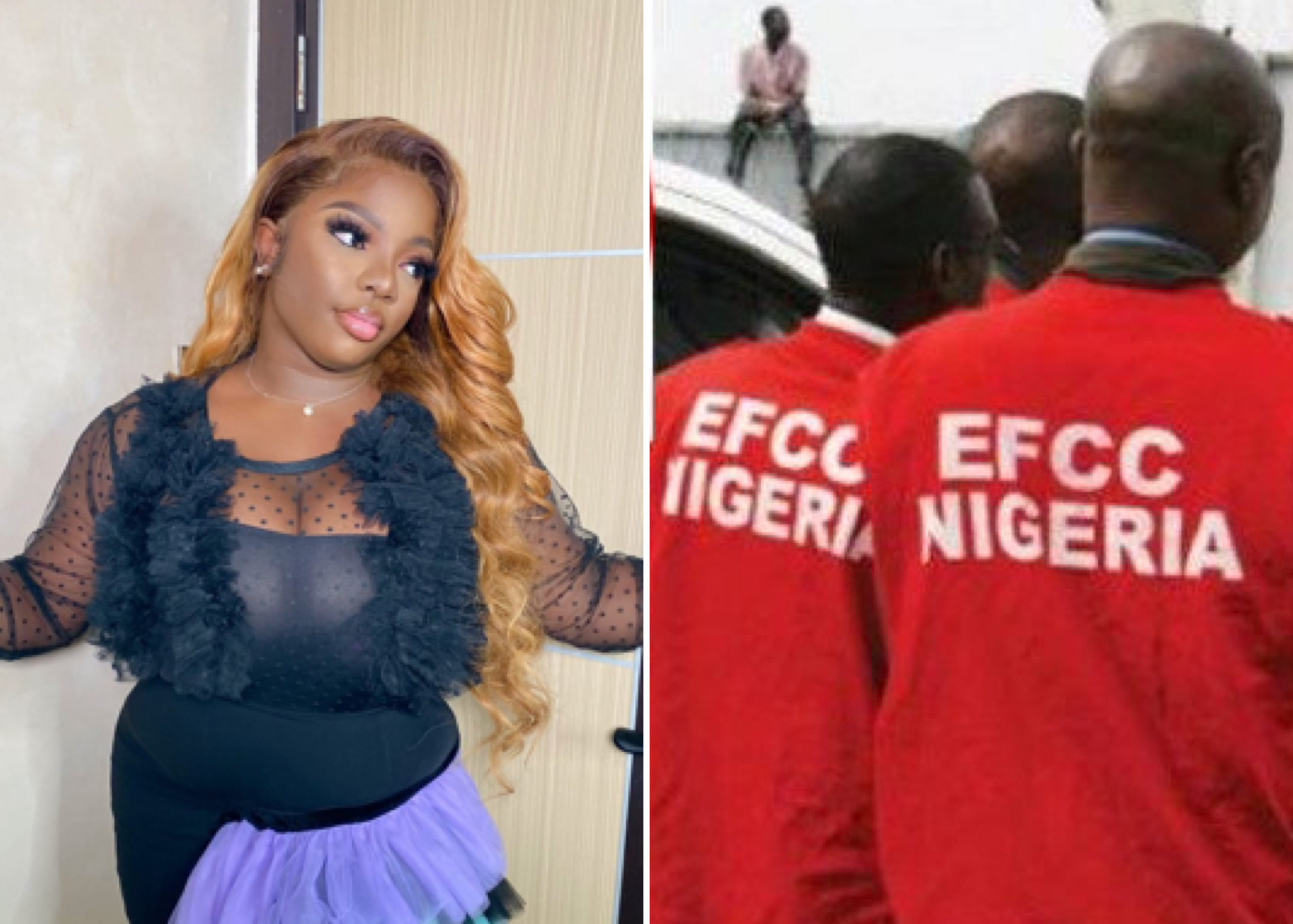 Following the defence put up by Economic and Financial Crimes Commission (EFFC) for breaking into the apartment of an ex-BBNaija housemate, Dorathy Bachor, officials of the agency returned the arrest the reality TV star.

Recall that Dorathy earlier today announced that some EFCC officials stormed her apartment at 4am.

She also shared pictures of their barbaric and unprofessional invasion of her apartment over purported search for Internet fraudsters.

Dorathy added that the EFCC officials identified her as a BBNaija star and left advising to lock her ‘broken’ door, but that the incident left her shaken while her mother almost had a panic attack.

In its defence, EFCC in a statement via Facebook said Bachor’s apartment happened to be one of the flats in a building in Lekki, Lagos where its operatives arrested nine suspected fraudsters.

The Commission explained that officials broke into the house because they refused to open the door despite stating that there is a search warrant.

However, after being called out by many Nigerians, EFCC again on Monday evening returned to the apartment to harass residents and arrest Dorathy.

They have been accused of harassing residents for filming their earlier invasion and circulating it online.

This evening’s raid was captured on Instagram live by Dorathy’s sister, Cynthia and it showed an officer knocking a man separately filming the incident to the ground and breaking his device.

Her close friend and former BBNaija housemate, Prince Nelson revealed this via his Twitter page this evening.

I’m still trying to understand this, you broke into her house ,she spoke up, you lied in your press release, then return to pick her up. @officialEFCC what is this oppression.. I’m livid

Giving an update few minutes later, he said Dorathy has been released and is on her way home.

Just spoke to Dora now, she is fine and currently on her way home, thanks to everyone that spoke up and showed concern for her wellbeing

EFCC has been breaching privacy of Nigerians across the southern parts of the country for several weeks, with officers breaking into hotel and residential apartments without knocking to the trauma of naked housewives and young girls.

Last month, the anti-graft office suffered immense public ridicule for breaking into Parktonian Hotel in Lagos, horrifying Nigerians and foreign investors who had lodged there.

A spokesman for EFCC later justified the act of storming in on naked men and women as necessary because some Internet fraudsters have perfected the tactics of using women as shields to evade arrest.