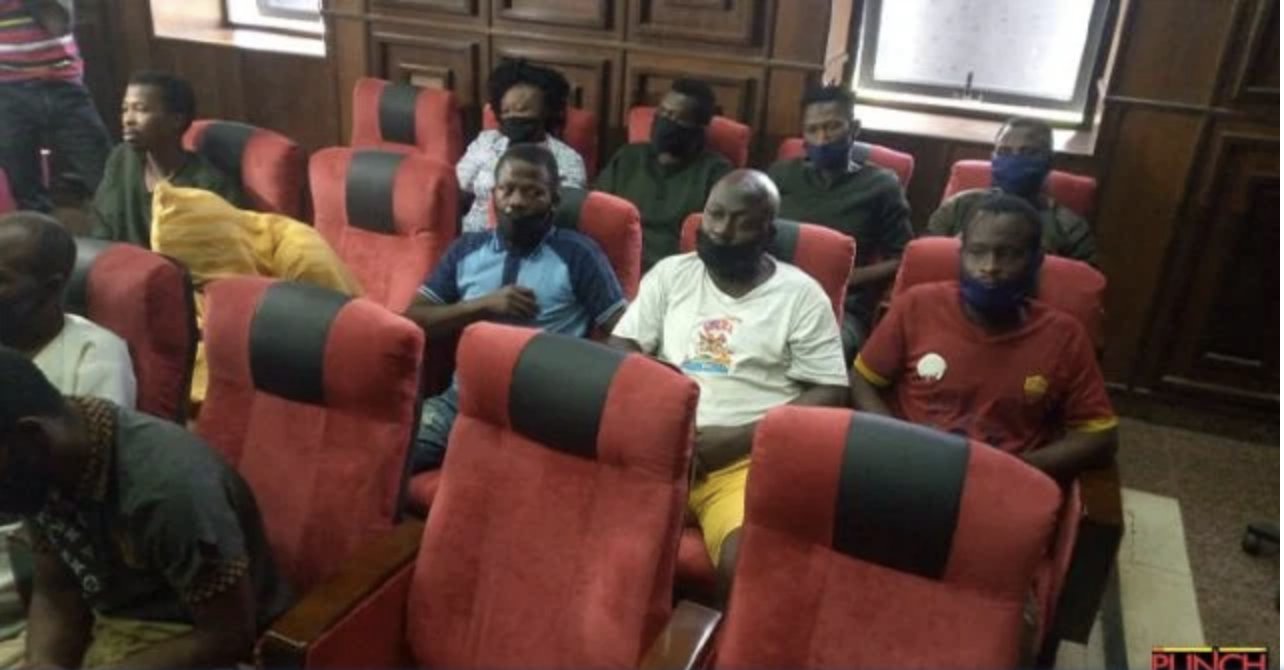 Department of State Service have on Wednesday finally complied with the order of Federal High Court in Abuja, by producing 12 detained aides of Sunday Adeyemo, popularly known as Sunday Igboho.

Recall that Justice Obiora Egwuatu had ordered the DSS to produce all the Igboho aides to enable the court inquire into the circumstances surrounding their arrest.

The order was sequel to an exparte application argued by applicants’ lawyer, Mr Pelumi Olajeingbesi, wherein he informed the court that the applicants have been in custody of the DSS since July 1, 2021.

On Monday, when the Igboho aides were brought to court, only 8 detainees were seen in what appears to be a partial compliance with the order of a Federal High Court, Abuja.

The absence of the remaining 4 without any explanation had generated apprehension and speculation as what could have happened to the rest.

The 12 detained aides were arrested during a midnight raid on Igboho’s residence in Oyo State and subsequently brought to Abuja.

However, they had approached the court challenging their arrest and continued detention. 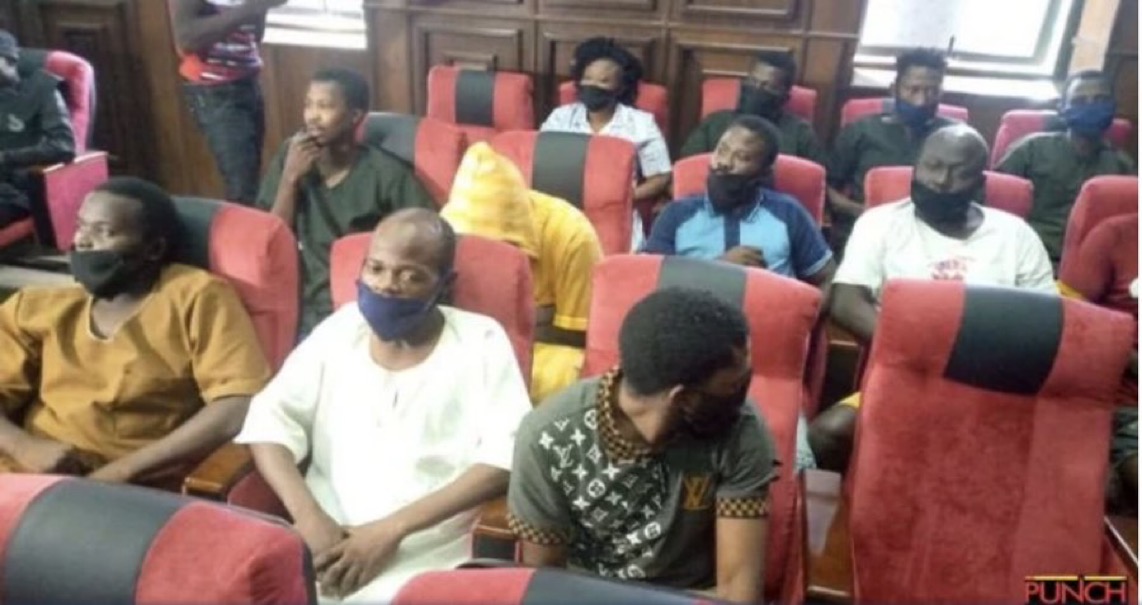 Finally fully obeying court order, DSS brought all the 12 detained aides before the court, after which Justice Obiora Egwuatu stepped into the court room for continuation of the suit instituted by the detainees against DSS Director General.