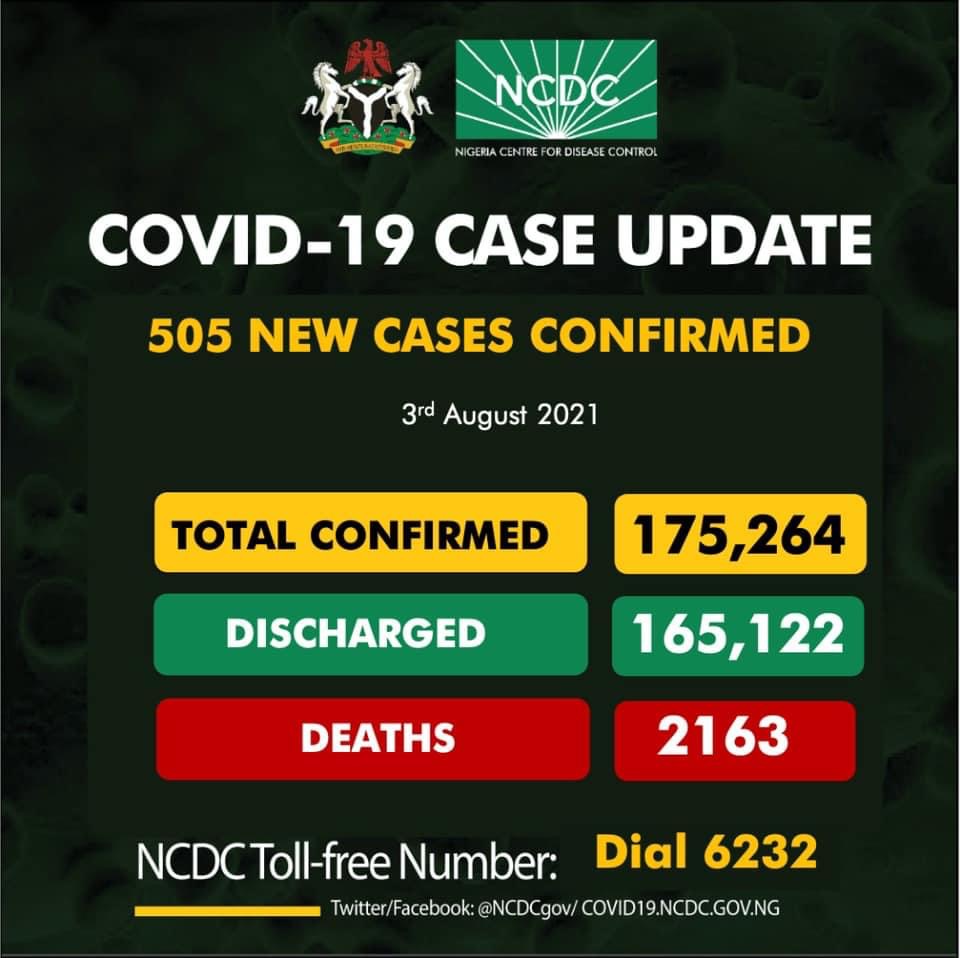 As the more contagious delta variant of the COVID-19 spreads, a total of 505 new cases were recorded on Tuesday in Nigeria.

Nigeria Centre For Disease Control, which made this known via its website on Wednesday morning, put the country’s COVID-19 toll at 175,264 as at Tuesday.

News Agency of Nigeria reports that the new infections indicate an increase from the 404 cases announced a day earlier.

The latest NCDC data indicates that Nigeria is experiencing the third wave of COVID-19 infection as officially confirmed by the government.

According to the NCDC, the fresh infections were recorded in 13 states and the Federal Capital Territory (FCT).

The public health agency said that Lagos State, the country’s epicentre, reported 273 new cases and followed by Rivers with 83.

Eight new infections were reported in the FCT, seven in Ekiti; Delta recorded six; Bayelsa had three; Edo two and Niger had one.

According to NCDC’s website, three deaths were recorded on Tuesday raising the total number of fatalities in the country to 2,163.

It stated that 85 people have recovered from the infection and were on Tuesday discharged from various isolation centres across the country.

NCDC said that till date, 165,122 recoveries have been recorded nationwide.

It said that a multi-sectoral National Emergency Operations Centre (EOC), activated at Level 2, continues to coordinate the national response activities.

It put the country’s COVID-19 average test positivity rate as six per cent and the active cases at 7,969.