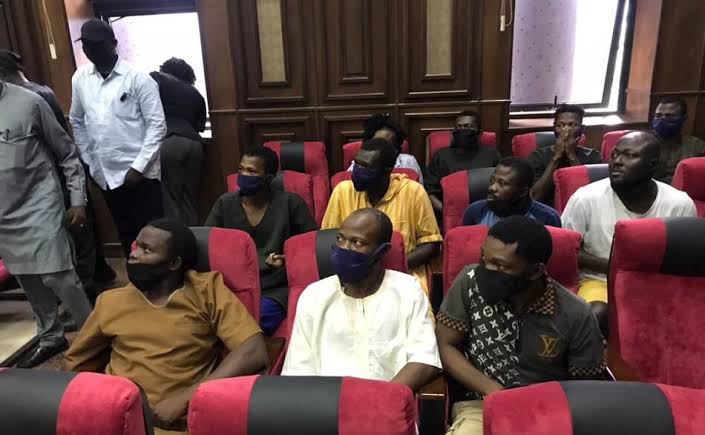 Justice Obiora Egwuatu of Federal High Court in Abuja has struck out a motion filed by Department of State Service (DSS) seeking further detention of four out of 12 aides of Yoruba secessionist leader, Sunday Igboho.

The motion was thrown out by the Judge on Tuesday following its dramatic withdrawal by counsel to DSS, Mr Idowu Awo.

At the resumption of the matter, when the motion was to be heard, DSS lawyer stunned the court when he announced his decision not to go ahead with the matter.

Rather than going ahead with the motion, the counsel informed the court that he had filed a notice of appeal against the bail granted to the four out of the 12 detainees and that he would prefer to pursue the appeal at the Court of Appeal.

Justice Egwuatu subsequently struck out the motion following the no objection by the detainee’s lawyer, Mr Sunday Adebayo.

Recall that Federal High Court, Abuja, granted bail to the aides after 34 days in the detention facility of Department of State Services (DSS).

The detainees were admitted to bail by Justice Obiora Egwuatu in a ruling delivered on their bail applications, filed and argued on their behalf by lawyer Pelumi Olajengbesi.

They were arrested during a midnight raid on Igboho’s residence in Oyo State and subsequently brought to Abuja.