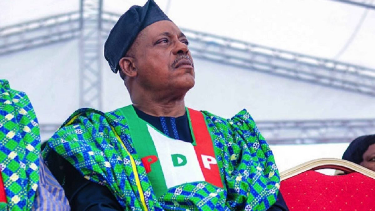 The court case, instituted by Ibeawuchi Ernest Alex, Dennis Nina Amadi, Emmanuel Stephen and Umezirike Onucha as claimants/applicants against Secondus and PDP as first and second defendants, sought amongst other prayers an order of interim injunction against Secondus from parading himself as the national chairman of PDP.

Continuing, Gbasam in the document restrained Secondus from;

Gbasam also approved the suspension of Secondus as a member of the PDP pending the hearing and determination of motion on notice for interlocutory injunction.

The judge also granted the aggrieved parties leave to serve all orders made by the court and all subsequent processes to Secondus’ address in Port Harcourt, Rivers state.

Perception We Had About Buhari In The Past Is Clearly Wrong…