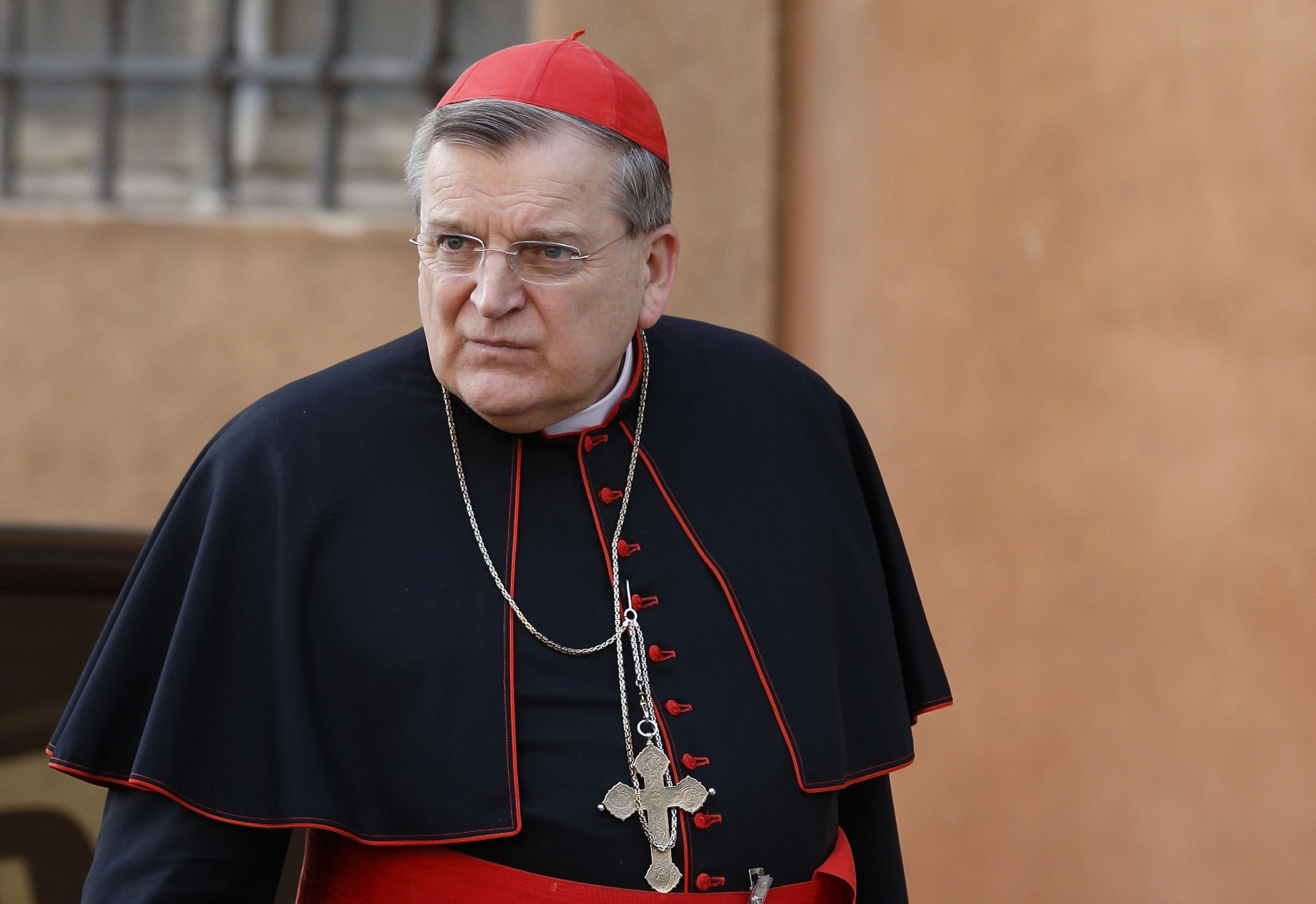 A vaccine sceptic cardinal, who defies rules to wear a face mask, has been placed on a ventilator days after testing positive for COVID-19.

Raymond Burke was struck down with the virus last week while visiting his home state of Wisconsin from Rome.

He was admitted to hospital at the weekend and doctors are said to be ‘encouraged by his progress’.

Cardinal Burke remains in serious but stable condition. He is receiving excellent medical and sacramental care. Please pray for his recovery, particularly through the intercession of Our Lady of Guadalupe, St. Joseph, St. Juan Diego, and St. Rocco. https://t.co/KdeocF6zRp

The ultra-conservative cleric, 73, has frequently posted anti-vaxxer theories online and alleges the jabs are used to implant ‘microchips’ into people — claims repeatedly debunked by experts.

Last May, Burke spoke out forcefully against COVID-19 vaccines, saying: “It must be clear that vaccination itself cannot be imposed, in a totalitarian manner, on citizens.”

He also said vaccines had been developed “through the use of the cell lines of aborted fetuses” and that “a kind of microchip needs to be placed under the skin of every person, so that any moment he or she can be controlled by the state regarding health and about other matters which we can only imagine”. And he told supporters the state should not be the ‘ultimate provider of health… God is’.

However, experts on health and misinformation have repeatedly debunked such conspiracy theories.

Since he took ill, Cardinal Burke has not said if he has been vaccinated.

Responding to the news of his illness, Twitter users compared jabs to an act of God.

‘He has given us a vaccine to prevent serious results from COVID. God loves his children,’ one said. Another posted: ‘This is a sign from God. Don’t be like pagans.’

Cardinal Burke was appointed by Pope Benedict XVI in 2008. However, after clashing with Pope Francis in 2014, he was demoted to a ceremonial title.

Ghana Eliminated From 2021 AFCON After 3-2 Loss To Comoros