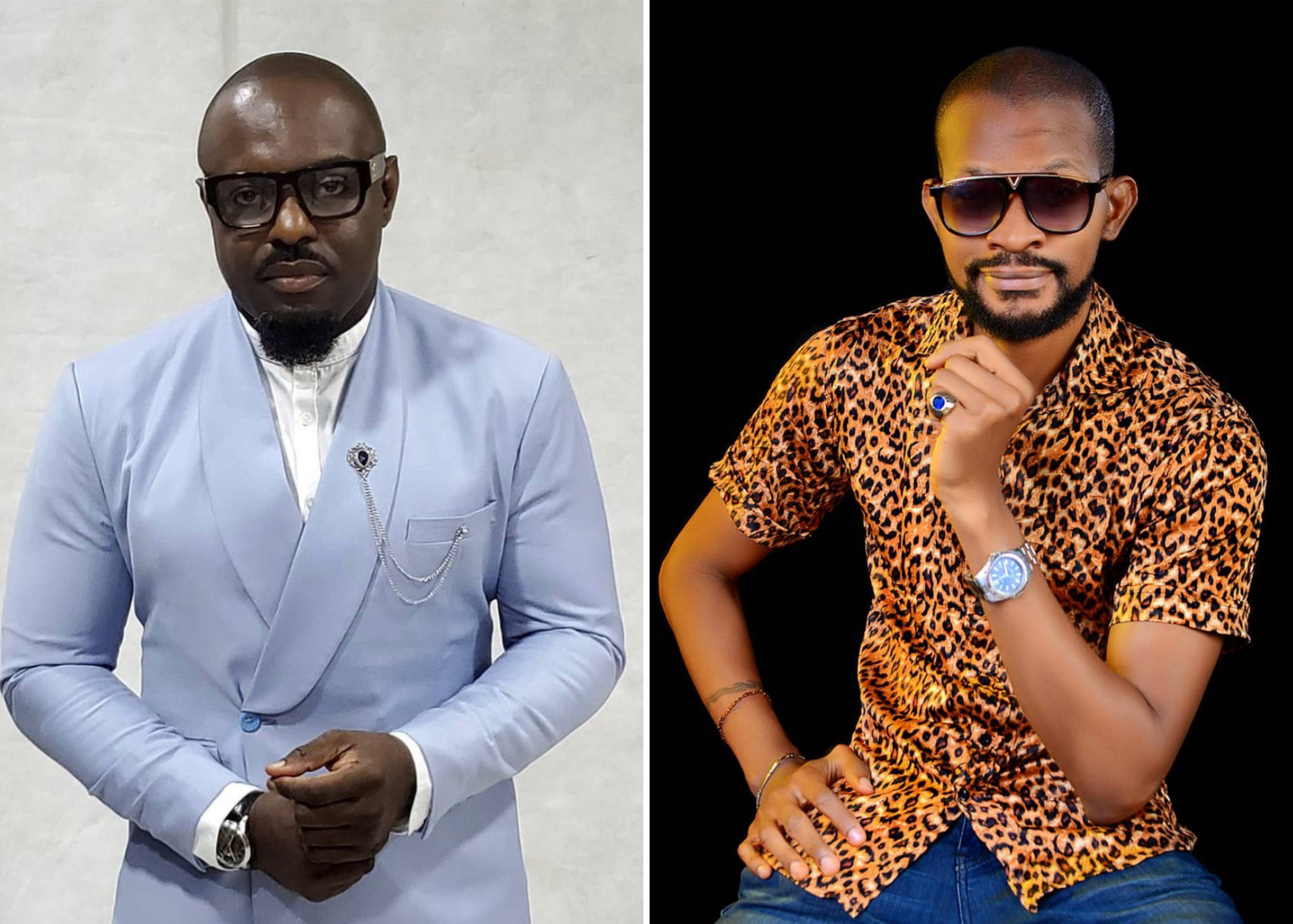 Veteran Nollywood actor, Jim Iyke has confronted his colleague, Uche Maduagwu after the latter trolled him online and questioned his source of wealth.

Maduagwu is an actor who is renown for trolling politicians, celebrities, and pastors on social media.

The drama between the actors began four days ago when Madugwu via his Instagram page called out Jim Iyke for living an expensive lifestyle with no ‘clear’ source of wealth.

Please nobody should beg me on this matter because I have already made up my mind on this issue. Is JimIyke the only one in nollywood? Look at the expensive lifestyle e dey LIVE up and down in Lagos and Abuja? Someone told me e no DEY buy expensive clothe from naija again, e now import the most expensive ones abroad, please what is his source of wealth again?

Any day we meet or see I go use my Abuja connection to beg EFCC boss to invite am, we never recover from what hushpuppi do us, now this one is changing expensive CARS up and down like Hushpuppi of movie industry, even if dem pay me ten million Naira to enter movie location with am, if e no tell us his source of wealth I go refuse.

However, in a recent video shared online on Tuesday afternoon, Jim Iyke was seen confronting Madugwu for always trolling him.

In the video, Iyke walked up to the controversial actor at the door of an apartment saying;

Madugwu was shocked to see Iyke at his door step, asking him how he found out about his location.

Reacting, Iyke threw a punch and kick at Madugwu as some people around tried to hold him back.

The video ended with Iyke forcefully going into the apartment to beat up the actor.

Watch the full video below;

Madugwu, who earned a degree in Sociology from Lagos State University, garnered kudos for his onscreen acting talents, but has also became controversial for his notorious trolling of celebrities and public figures.

Back in January 2021, Maduagwu in a since-deleted Instagram handle said he was “proudly gay” and this generated a lot of condemnation by his fans.

He came under severe backlash from several Nigerians including celebrities like Victoria Inyama who believed he was not sincere about his sexuality.

Shortly after, he surprised his fans again by retracting his statement, saying he lied about being gay.

Maduagwu back then said;

Dear fans I am not gay. I lost movie roles endorsement and my girlfriend fighting for Lesbian, Gay, Bisexual, and Transgender (LGBT) in Nigeria.

Omg! Even my girlfriend left me despite knowing I was fighting for LGBT right in Naija but I no regret using my celebrity status to fight for this beautiful community.

He also went viral late last year when he alleged that he was sexually assaulted on a Lagos movie set in 2012 and alleged that such abuse was still common in the industry.

Yul Edochie Slams Uche Maduagwu For Advising Him On Marital…

Uche Maduagwu Says Funke Akindele Not Fit To Be A Leader