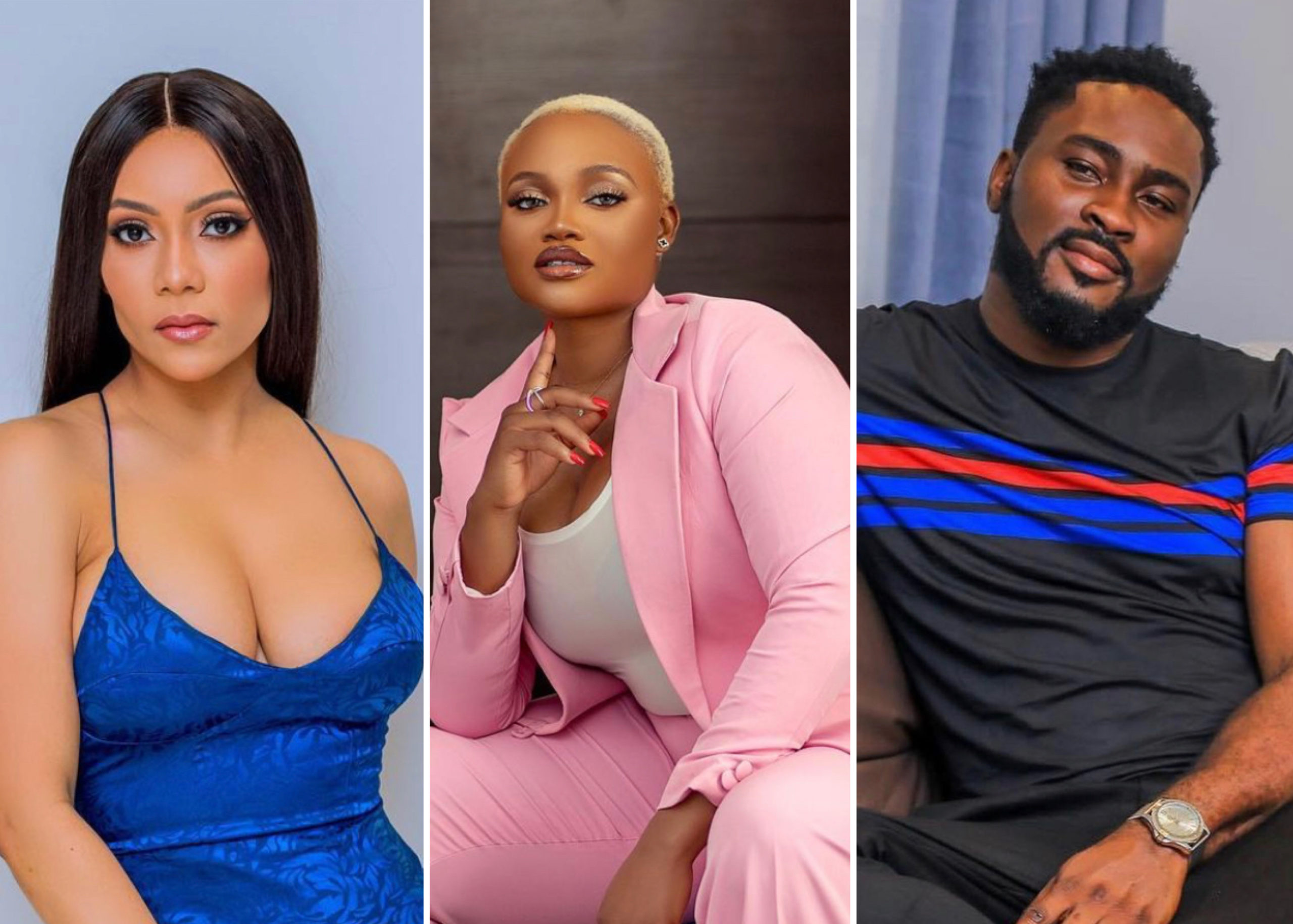 Big Brother Naija Shine Ya Eye housemates, JMK, Pere and Maria, have on Monday, August 23 been issued a strike each for microphone infringement in the house.

Big Brother issued the strike on Monday, after the Head of House games and before the nomination show.

Before issuing the strike, Big Brother played a video that showed Maria and Pere removing their microphones, an act that is against the BBNaija rule.

As for JMK, she wore her microphone into the jacuzzi during the party on Friday and it led to the spoilage of the device.

Referring to a part of the rule book, Big Brother pointed out that he has the right to issue a strike or disqualify any housemate that goes against such rules.

Due to endless warnings given to the erring housemates, Big Brother issued them a strike. Two more strikes and the housemates would be disqualified from the house.

Aside from the strike, the trio has been banned from playing the HOH games for two weeks.

As for the rest of the housemates, Big Brother promised to punish them on Tuesday after their workout sessions in the morning.

During the warning session, Biggie also cautioned Tega, Jackie B, Queen, Maria, Pere, Whitemoney about their method of conflict resolution.

He warned them and other housemates against provocation, confrontation, and bullying in the house.