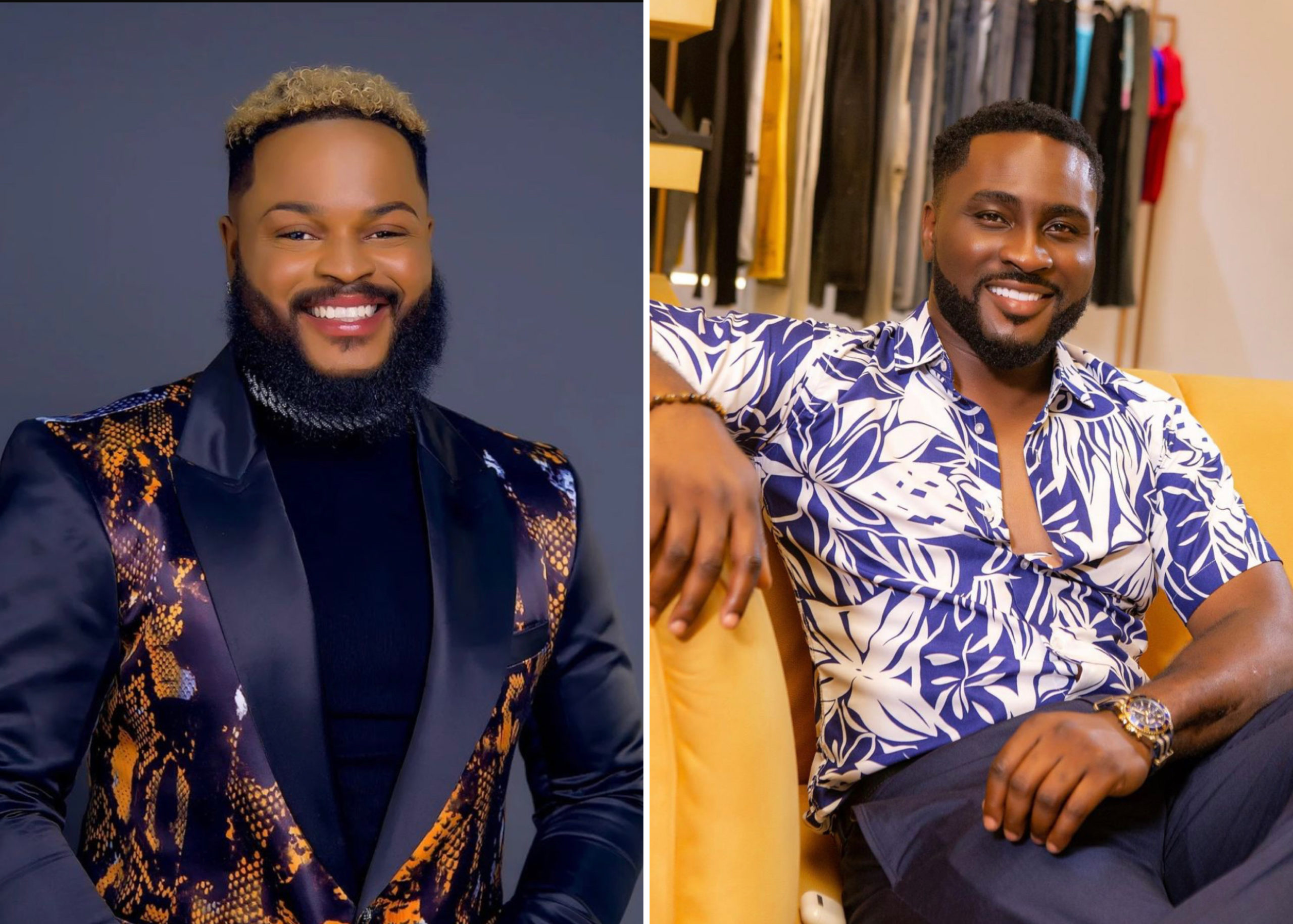 Brewing tension between Big Brother Naija season 6 housemates, Pere and Whitemoney blew over on Tuesday, August 17 after they got involved in a heated altercation.

In the early hours of Tuesday shortly after the housemates’ truth or dare games, Pere felt slighted and confronted Whitemoney about what the housemates said about him during the game.

Amid the confrontation, Pere while bending over to talk to Whitemoney who was lying on a sofa, pulled out his name tag belt, which angered Whitemoney and many of the housemates as they termed it an act of bullying and intimidation.

Perceiving Pere’s action to be an intimidation tactic, Whitemoney exploded and finally let out how he has been struggling to maintain a friendly relationship with Pere since Pere and Maria were announced as the wildcards.

Don’t ever try that thing with me, it’s because we are in the house I would have dealt with you. I know you don’t like me but don’t ever do that again I’m not a small boy. Do you know me before from anywhere, I’m not a kid, I’m from the street I’ll f*ck you up. Don’t come to me and try to pull your belt at me who do you think you are.

The argument got heated and Whitemoney was pulled away from Pere in order to avoid a fight.

Other housemates accused Pere of bullying and Maria demanded he should apologize to Whitemoney but he refused.

This will be the first time Whitemoney has reacted aggressively towards Pere despite the former HOH’s actions from the previous week.

Recall Pere had convinced Maria that Whitemoney’s kitchen activities was a strategic move.

Watch some videos of the altercation below;

Pere’s latest action earned him negative reviews from viewers as well as they called him out for exhibiting traits of intimidation and bullying.

I went to a military school, What Pere did is what you do when you want to intimidate a junior or feel superior to an opponent
If you provoke a military person, you will see them taking off their belt
It was very disrespectful for him to do that
Omo white money was too calm fr

This happens on the street and it’s not just White Money that will physically attack Pere, other men who saw that stinking nonsense will deck him. Loads of men would have ensured the manipulative and gaslighting bs won’t go unchecked. Pere is lucky.

Biggie needs to do something about how Pere bullied White Money

I could feel the ladies in the house shuddering

If people can’t feel safe in his house again.. then they’ve lost the whole essence of the show #BBNaija

God is sure using Pere as an ingredient to change Whitemoney’s story.

Has to be the only explanation.

WhiteMoney is a bigger person walahi because it can never be me. If Pere came at me like that, while I was laid down, minding my business, getting my bald head braided, I’ll just carry myself & move to another couch. Abeg i no like wahala.

Pere’s hate for White Money has gone way beyond “the game.” This is now bullying!!

Understand this, YOU DONT HAVE TO BE A WHITEMONEY FAN TO ADMIT PERE IS WRONG! 100% team neutral this year but this Pere guy needs help! Stop calling his behaviour content! It wouldn’t be content if it happened to you! Hypocrites! #BBNaija

Pere knows whitemoney won’t be evicted even if he gets nominated.

Pere knows Whitemoney is the content of the house.

Pere trying to evict Whitemoney. But he never knew he was helping him very popular and a high potential winner, for the 90M price.

On a normal playing field, Pere will not beat White Money the way he is thinking he will. So I don’t understand why he removed his belt in the first place. Whatever you think you can do to a Man, reserve it cos reality dey different levels. #BBNaija

Maria is angry at Pere not because she truly believes what he did was wrong. But because she knows what Pere did would get more viewers to support Whitemoney #BBNaija

Please can people stop pushing this “take pere out of the house and we will have a dead show” narrative? There’s a difference between healthy competition and bullying and what pere is doing is not healthy at all. Some of you cannot take what pere is dishing to white money. So pls

I don’t think Pere will leave WhiteMoney alone, he is a strategist. He already poked him and have seen he’s vulnerable. He will attack again. Back2back bbn seasons, potential winners have gotten disqualified. It might just be WM this year #BBNaijaShineYaEyes #BBNaija