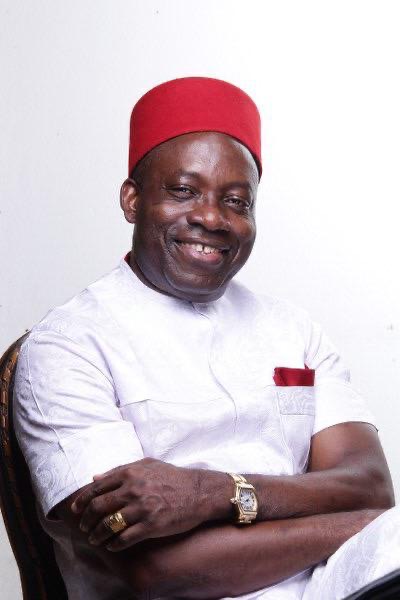 The former CBN Governor, alongside his running mate, Onyekachi Ibezim, were in July removed from the commission’s list of cleared candidates in recognition of an order by the High Court of Jigawa State, questioning the emergence of the duo and the legality of the party’s leadership that produced them.

They were replaced then with Chukwuma Umeoji and Obiageli Orogbu as the candidate and deputy governorship candidate of APGA.

INEC, however, in a press release on Thursday, following a close door meeting, said seven governorship candidates and 11 deputy candidates had been substituted by 11 out of the 18 parties participating in the forthcoming Anambra governorship race. 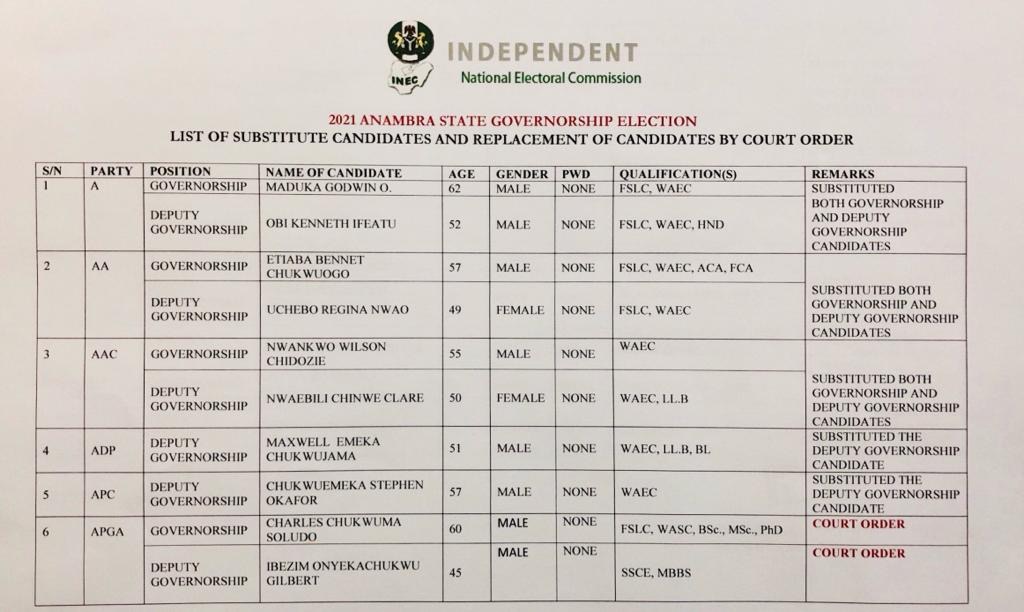 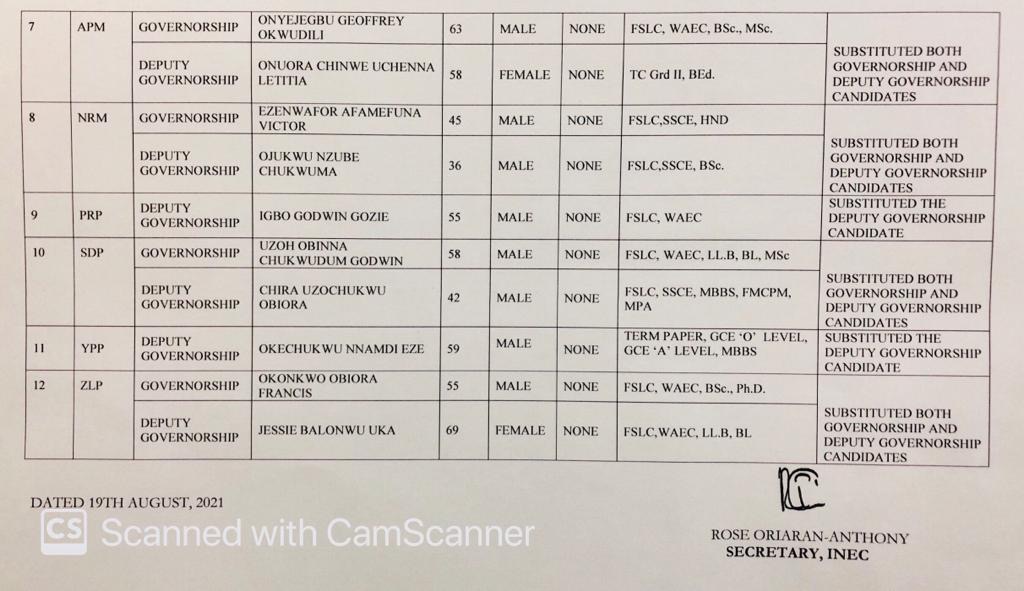 The Timetable and Schedule of Activities approved by the Commission on 18th January provides for the withdrawal/substitution of candidates in line with Sec. 35 of the Electoral Act 2010 (as amended).

He said the inclusion of Soludo on the list in place of Umeoji is in cognizance of a new judgement from the Court of Appeal in Kano State which dismissed the earlier order of the Jigawa High Court issued in July on this leadership of APGA and the emergence of the CBN governor in the last governorship primaries.

While both Andy Uba and Ifeanyi Ubah remain the respective governorship candidates of the All Progressives Congress (APC) and Young Progressive Congress (YPP), their deputies have been substituted with Chukwuemeka Okafor and Okechukwu Eze, respectively.

Johnbosco Anaedobe was initially listed by the INEC as the APC deputy governor candidate while Aloysius Ekee was submitted as Uba running mate under YPP.

Aside APC and YPP, both the People’s Redemption Party (PRP) and Action Democratic Party (ADP) have also replaced their deputy governorship candidates in the newly released list.