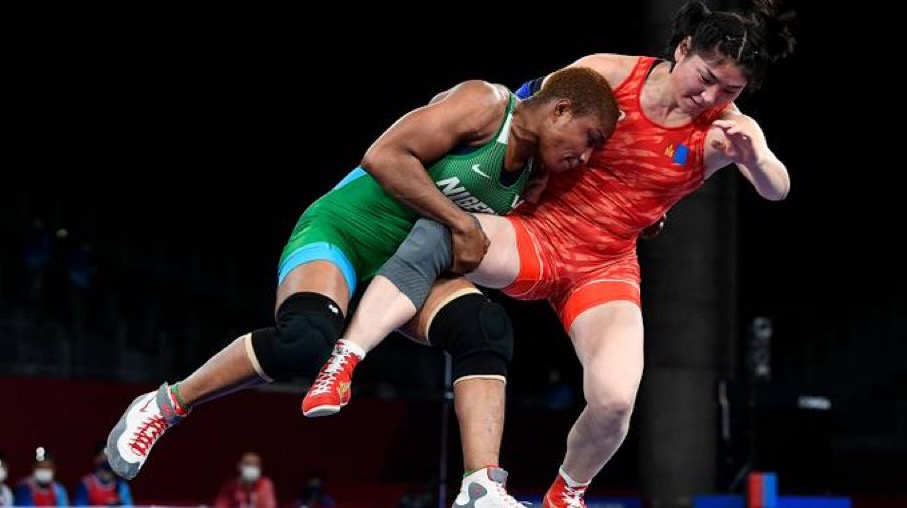 Nigeria’s Blessing Oborodudu has on Monday, August 1 qualified for the final in the women’s wrestling event at the ongoing Tokyo 2020 Olympics.

MDB earlier reported that she defeated defeated Azerbaijani’s Elis Manolova and Meerim Zhumanazarova of Kyrgyzstan to advance to her first Olympic semi-finals.

Then at the semi finals, Oborodudu won the bout against Mongolia’s Battsetseg Soronzonbold by 7-2, which means she is guaranteed a gold or silver medal, win or lose.

This will make it Nigeria’s first ever medal in wrestling at Olympic Games and first one in this year’s Olympic.

Oborodudu won a gold medal at the Gold Coast 2018 Commonwealth Games in the 68 kg women’s freestyle wrestling event, defeating Canada’s Danielle Lappage, and she will hope to achieve a similar feat in Tokyo.

Watch a video of her celebrating her semi final win below;

See my people…. Adekuruoye and Aminat with the chants

I never doubted this team

Knew our medal was going to come from them.