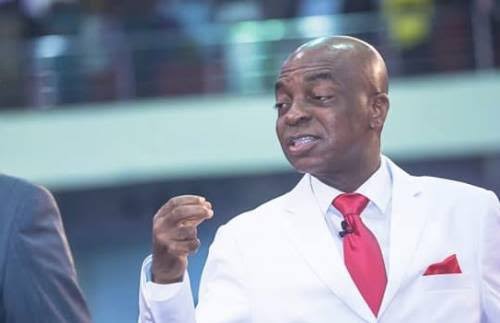 President and Founder of Living Faith Church Worldwide, also known as Winners Chapel Worldwide, Bishop David Oyedepo, has justified the recent sacking of some pastors of the church, saying they were “unfruitful“.

One Pastor Peter Godwin had claimed that the church sacked the pastors in Ekiti State for allegedly not generating enough income for church.

The pastor had said;

I was told by the management that the church doesn’t operate at a loss. They also told me that the total income that is being generated from my station should be able to cater for my welfare and accommodation, so as a result of low income, I’m hereby dismissed.

However, in a letter dated June 25, 2021 and signed by Executive Secretary of the church, Adebisi Aboluwade, the pastors were asked to vacate their official accommodation and hand over their identity cards to their respective area pastors.

One of the letters reads in part;

Consequent upon the recent performance reviews which revealed that your church growth index falls below expectations.

Please be informed that your services as a pastor in charge are no longer required from this commission with immediate effect.

You are to vacate the official accommodation (where applicable) and hand over all properties of the ministry in your custody, including your staff identity card to the area pastor before departure.

May you find grace for a new beginning. Peace.

This led to reactions from some Nigerians on social media who questioned the system at Winners’ Chapel while others stated that the church was within its rights to sack the pastors.

Addressing the issue while speaking to his congregation, Oyedepo wondered why there was no buzz on social media when 7,000 people were employed by the church.

The pastors were asked to go because they were unfruitful. Many of the churches built can never pay for the church building in 30 years. We have no patience for failure here.

We have built more than 1,000 churches in rural areas where in the next 30 years, they can never generate such fund, with each costing more than N14 million. We are hunting after souls, not income.

People are confused about our Ministry. I learnt some fellows said, ‘you know, they are not bringing income, that is why they asked them to go.’

We asked you to go because you are unfruitful. Unfruitful! Blatant failure. Doing what there? We have no patience with failure here.

When we employed 7,000 people at a time, social media was dead.We have more employees in this organisation than most of the states.

No one is owed a dime salary and we don’t borrow, we don’t beg. Ask our bank whether we take overdraft. We are covenant bound, working in the light of God’ Word, enjoying an open Heaven.

Money: Nonsense! We have never lacked it and yet we have never prayed for it, we are just simply obeying God and He is backing up what He is asking us to do. Awesome God.

Now the next set is about to be flagged off, just certifying the landed property issues, nothing else. We have no lack of anything. The world is confused. Walking in the light of God’s Word. Please, obey God to the full and watch out for His manifestations in your life.

We have never seen it ourselves. We just watch God doing it. The only criteria: How many souls have they gotten there? Then, build for them. How many souls? Not once: how much money do they have?

You want to see what we see, go and do what we do. But if you are not saved, there is nothing you do that matters.