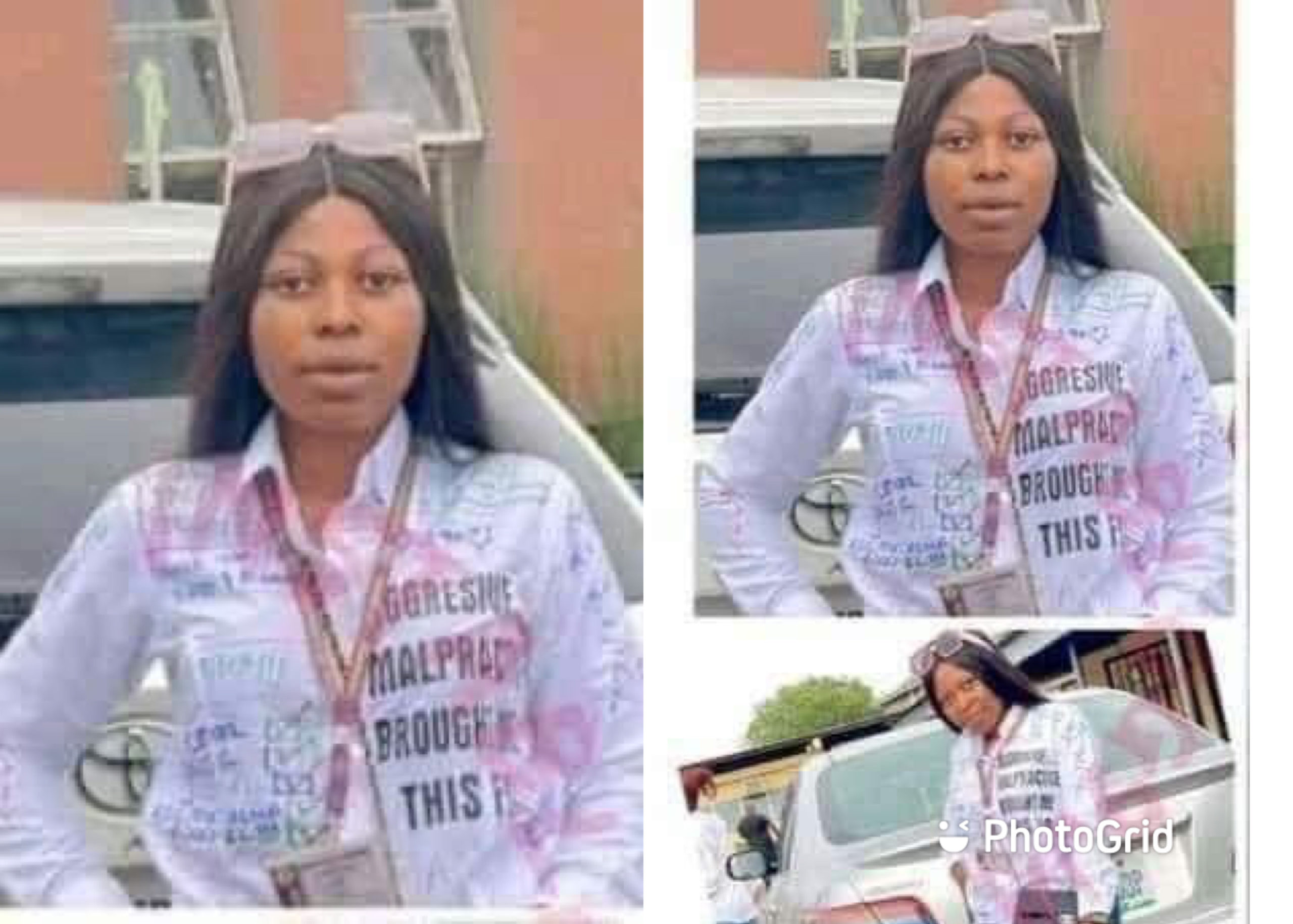 University of Benin has debunked circulating reports that one of its graduate, who recently went viral for wearing a signing out shirt with the inscription “aggressive malpractice brought me this far“, has been asked to rewrite all her examinations from 2nd year.

Some days ago, a video had gone viral on social media showing the young lady, Peace Ufuoma, wearing the controversial shirt during her signing out parade recently.

Then on Tuesday, July 13, Department of Microbiology, University of Benin constituted a committee to probe the results of a female student, who marked her graduation in a controversial shirt.

The memo sighted online was signed by the department’s head, S.E Omonigho, and directed to one Prof I. O Enabulele to head the committee which was given one week to submit a report to the Head of Department. 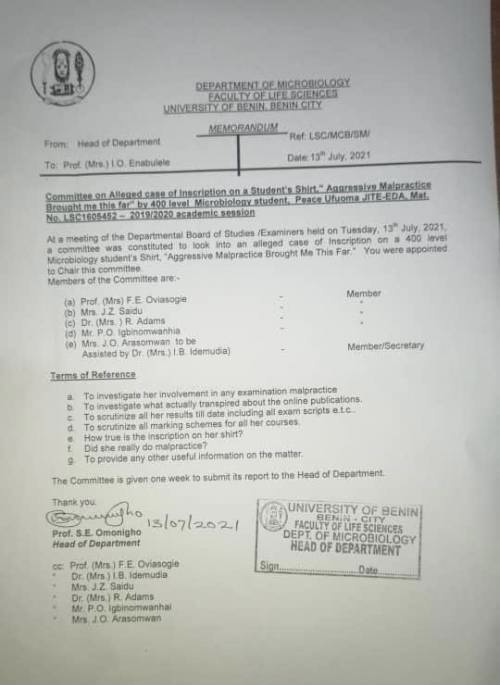 However, reports began circulating online on Wednesday, July 21, that the committee has concluded that Ufuoma rewrites all her exams from 200 level.

It was also alleged that the school management is of the opinion that Peace Ufuoma be used as a scapegoat to tell every student of the University of Benin that examination malpractices are not allowed within its walls.

However, spokesperson for the University of Benin, Benedicta Adeola Ehanire, according to SaharaReporters, said there is no report yet from the panel set up to investigate Ufuoma.

UNIBEN Student Allegedly Strangled To Death Inside A Hotel…