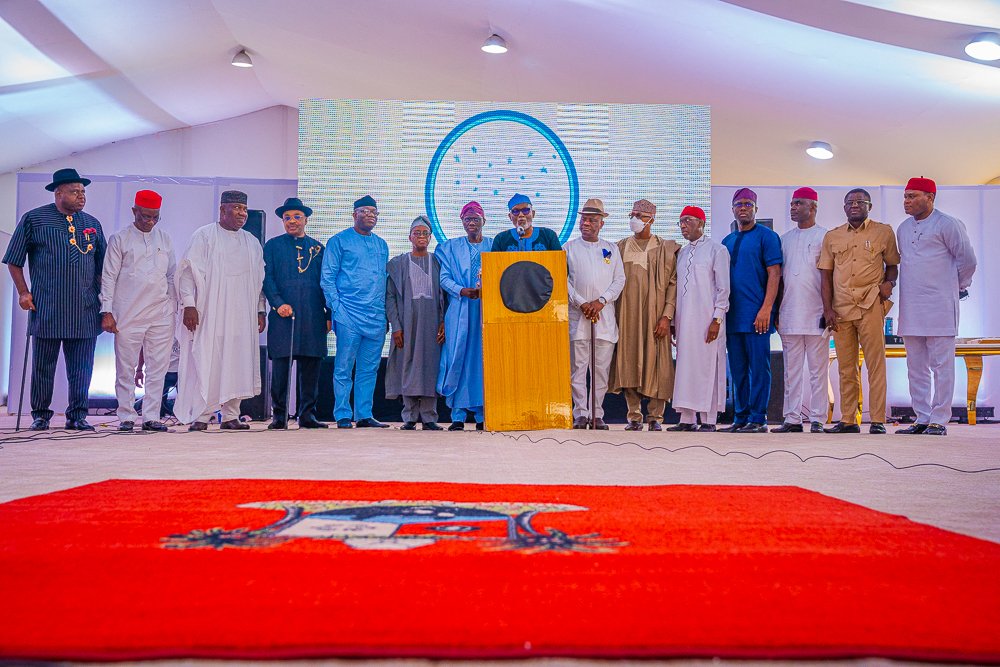 Southern Governors Forum on Monday opposed the removal of electronic transmission of election result from the electoral act.

They also rejected the confirmation of exclusive jurisdiction in pre-election matters on the Federal High Court.

This was contained in a communique issued by the governors after their meeting on Monday in Lagos State.

The governors made this known after their meeting at Ikeja, the capital of Lagos state on Monday.

A communique of the meeting noted;

In order to consolidate our democracy and strengthen the Electoral process, the Southern Governors’ Forum reject the removal of the Electronic transmission of the election result from the electoral act.

This followed a report stating that the national assembly has blocked the proposed electronic transmission of election results in Nigeria, as they set to pass the electoral act amendment bill, that could repeal the purpose of the proposed law.

The bill which has been under consideration for years, seeks to repeal and re-enact the 2010 electoral act.

It could be recalled that President Muhammadu Buhari refused to sign the bill into law in 2018, implying that it was too close to the elections and would disrupt the conduct of the 2019 polls.

The governor’s also demanded that the next president of Nigeria should emerge from the south, as the country gears up for 2023 Presidential election and as agitation for a southern president continues to mount.

Kaduna Orders Closure Of 13 Schools Because Of Kidnapping

Next President Should Emerge From The South – Southern Governors

Next President Should Emerge From The South – Southern…