Sound Sultan Buried Amid Tears In US (Photos/Videos) 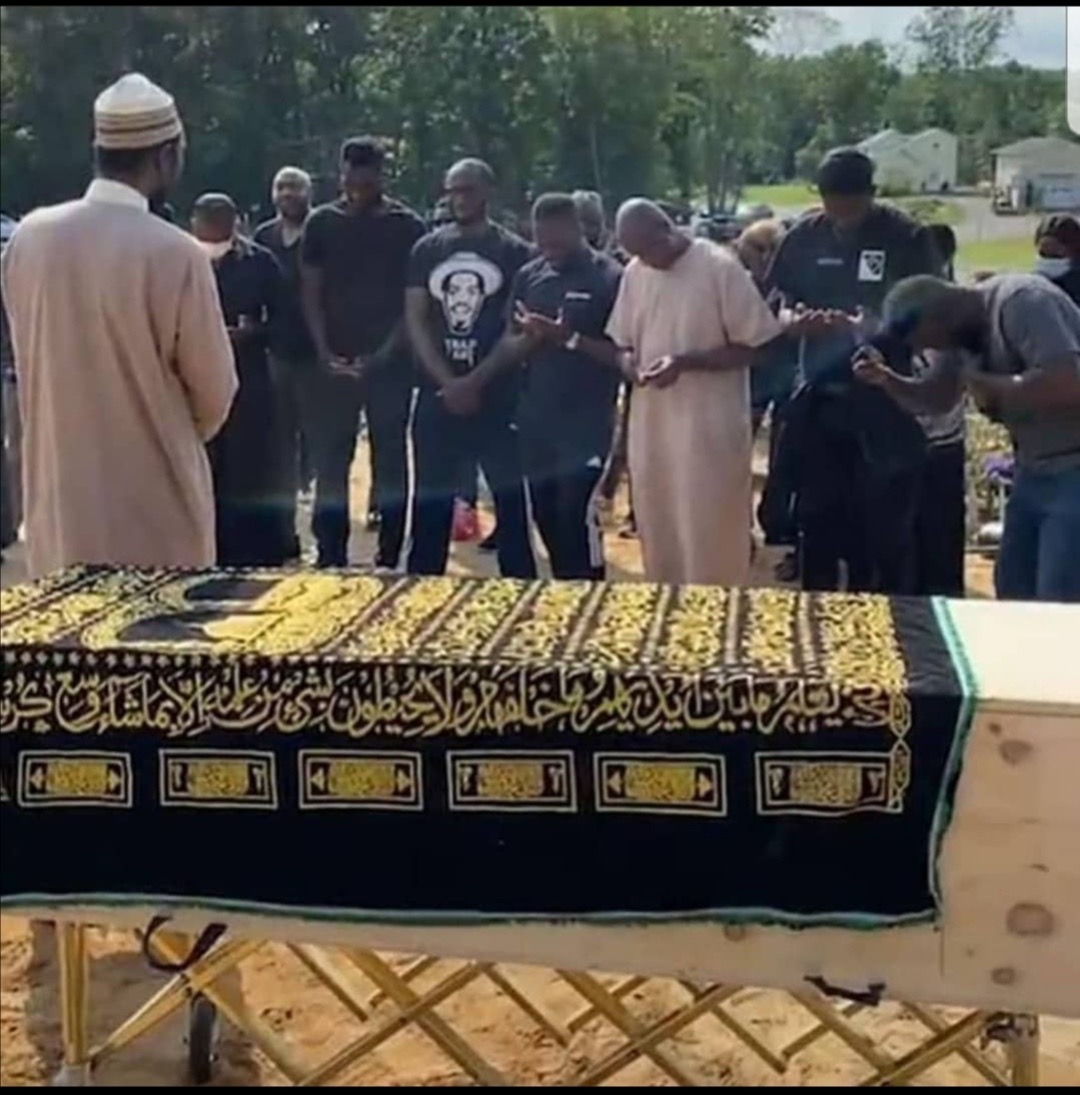 The 44-year-old singer was buried at Masjid Al Aman Cemetary, New Jersey in the United States on Sunday (the same day he died) according to Muslim rites.

His relative, Kayode Fasasi, earlier broke the news that Sound Sultan passed on after a “hard-fought battle” with the Angioimmunoblastic T-cell lymphoma (AITL), a rare form of non-Hodgkin lymphoma. 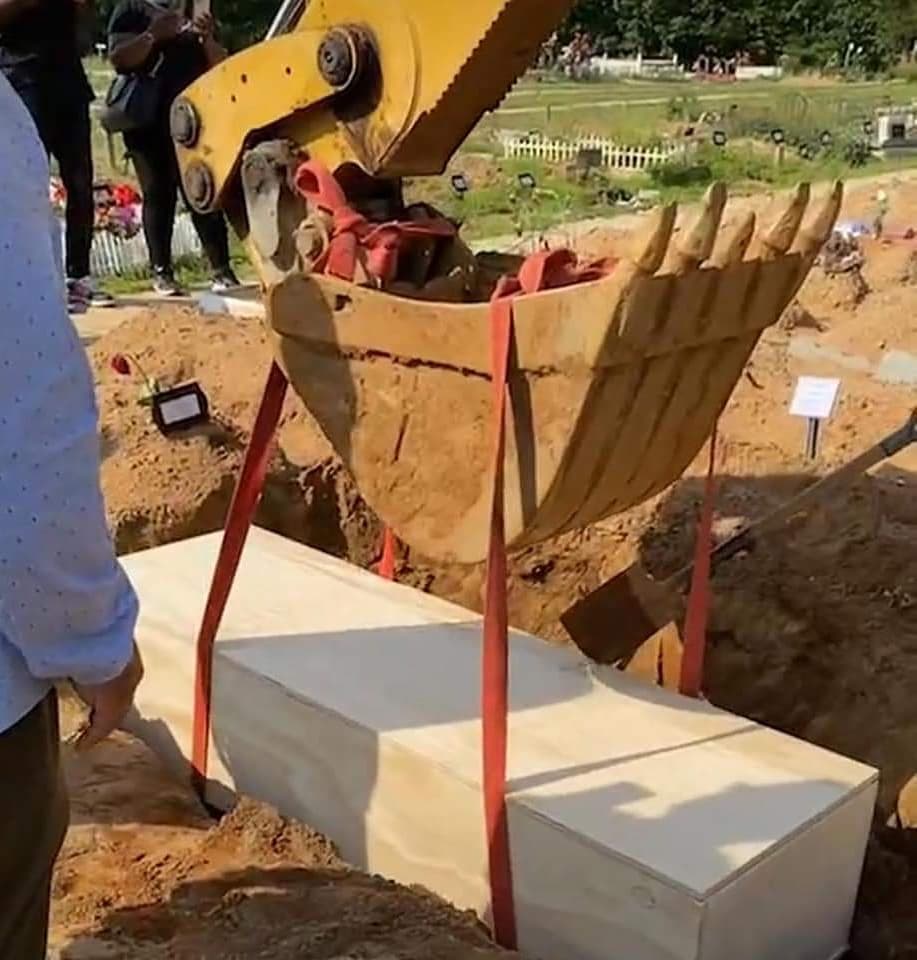 He is survived by a wife, three children and his siblings.

His colleague, Lamboginny, who is now based in the U.S., hosted an Instagram live video showing the burial ceremony of the late Jagbajantis crooner.

The family of the late singer and his friends, dressed in black outfits as they mourned his sudden passing were present. Singer, Olamide, was also spotted at the funeral.

His wife, Farida, was completely inconsolable as she witnessed her husband’s burial. 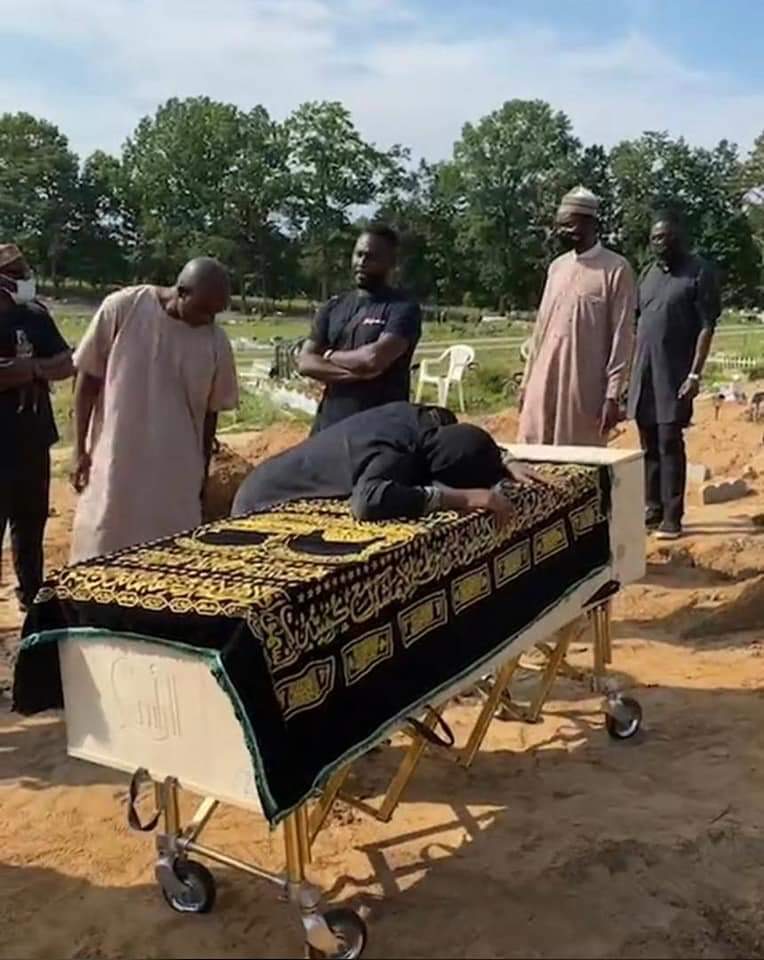 The mother-of-three was held by two women who comforted her. At a point, she was also spotted laying on her late husband’s coffin while crying bitterly before it was finally lowered into the grave.

Since the sad news of Sound Sultan’s death broke, the entertainment industry has been thrown into mourning and tributes have been pouring in.

RMD, Kate Henshaw, Wale Ojo, Tunde Ednut, Seun Kuti, and many other Nigerians have expressed shock at the untimely passage of their friend and colleague. 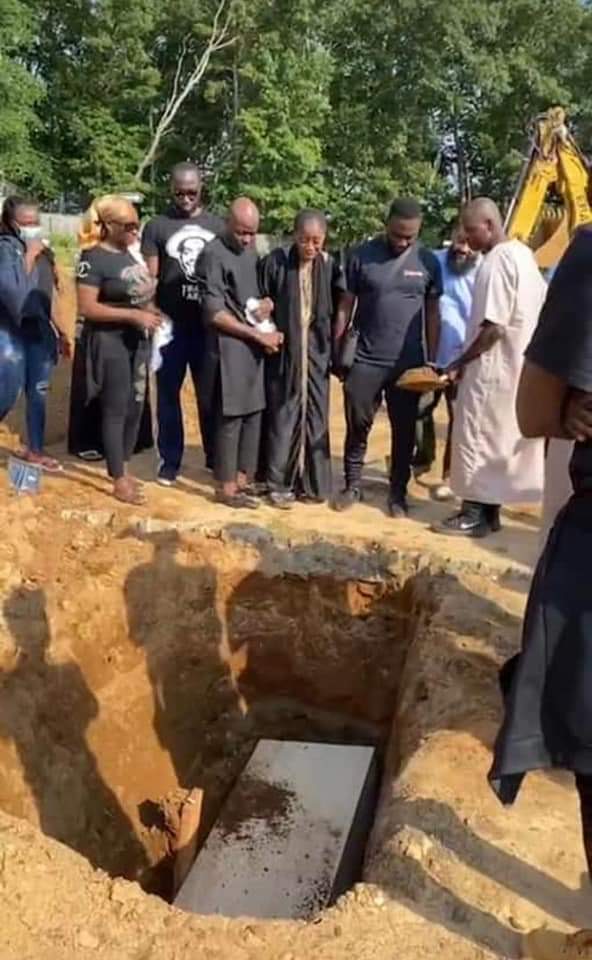 Sound Sultan was a singer, songwriter, and recording artiste who was regarded as one of the pacesetters of modern hip-hop music in Nigeria.

His showbiz career began in the 1990s when he hosted shows to raise money for studio sessions.

By 1999, he had won numerous local talent-hunt shows and released his monster hit, “Jagbajantis” in 2000.

After independently releasing other singles and featuring in hit songs of other artistes, Sound Sultan was signed by Kennis Music.

More than 20 years after he launched his music career, the ace musician remained relevant in the industry even in death. He released his eighth album, ‘8th World Wonder’ in May 2020.

Some of his greatest hits include “Motherland”, “Mathematics” and “Ole.”

See some videos from the burial below;

The burial of late legendary singer Sound Sultan is currently going on in New Jersey.

May his beautiful soul continue to rest in peace. Amen. pic.twitter.com/1T6CHCf5Fr

The late Sound Sultan is survived by his wife, three children and siblings. pic.twitter.com/bK88jdGiG3

The burial of late legendary singer Sound Sultan is currently going on in New Jersey.

May his beautiful soul continue to rest in peace. Amen. pic.twitter.com/pd80EBWyqF