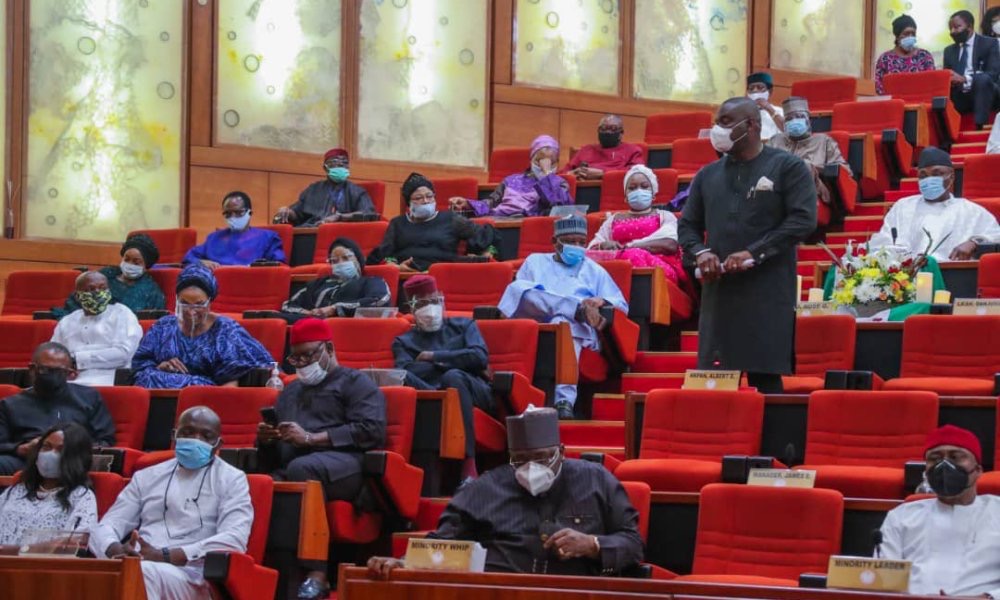 Senate has on Thursday adopted a three percent allocation to host communities in Petroleum Industry Bill (PIB), despite protests by southern lawmakers at National Assembly.

Southern lawmakers had demanded for five percent for host communities but it was pegged at three percent.

The number in dispute is the percentage of their total operating expenses (OPEX) oil companies are expected to contribute to a trust fund created for host communities.

Senator Sekibo said he is not part of the vote on the allocation clause and Senator Dickson said his privilege had been breached as his views were not accommodated.

However, Senate President, Ahmad Lawan prevailed on Senator Seriake Dickson to back down on his threat to lead his colleagues to stage a walkout.

Lawan expressed that the Senate had taken a resolution on the matter and could not go back on its decision.

Host community allocation was one of the clauses left in consideration after National Assembly passed the PIB earlier this month which has sparked controversy.

PIB is expected to transform Nigeria’s oil industry. The three percent is different from the 13 percent derivation fund which is paid to oil-producing communities from the federation account.

Instead, the three percent allocation will come from an entity’s actual yearly operating expenditure of the preceding financial year in the upstream, midstream and downstream sectors.

All contributions will be deposited in a trust fund for host communities.

According to a draft of the PIB, the trust fund will enhance peace and cordial relationship between oil companies and host communities.

42 Dead, Dozens Missing Due To Severe Floods In Germany (Photos)