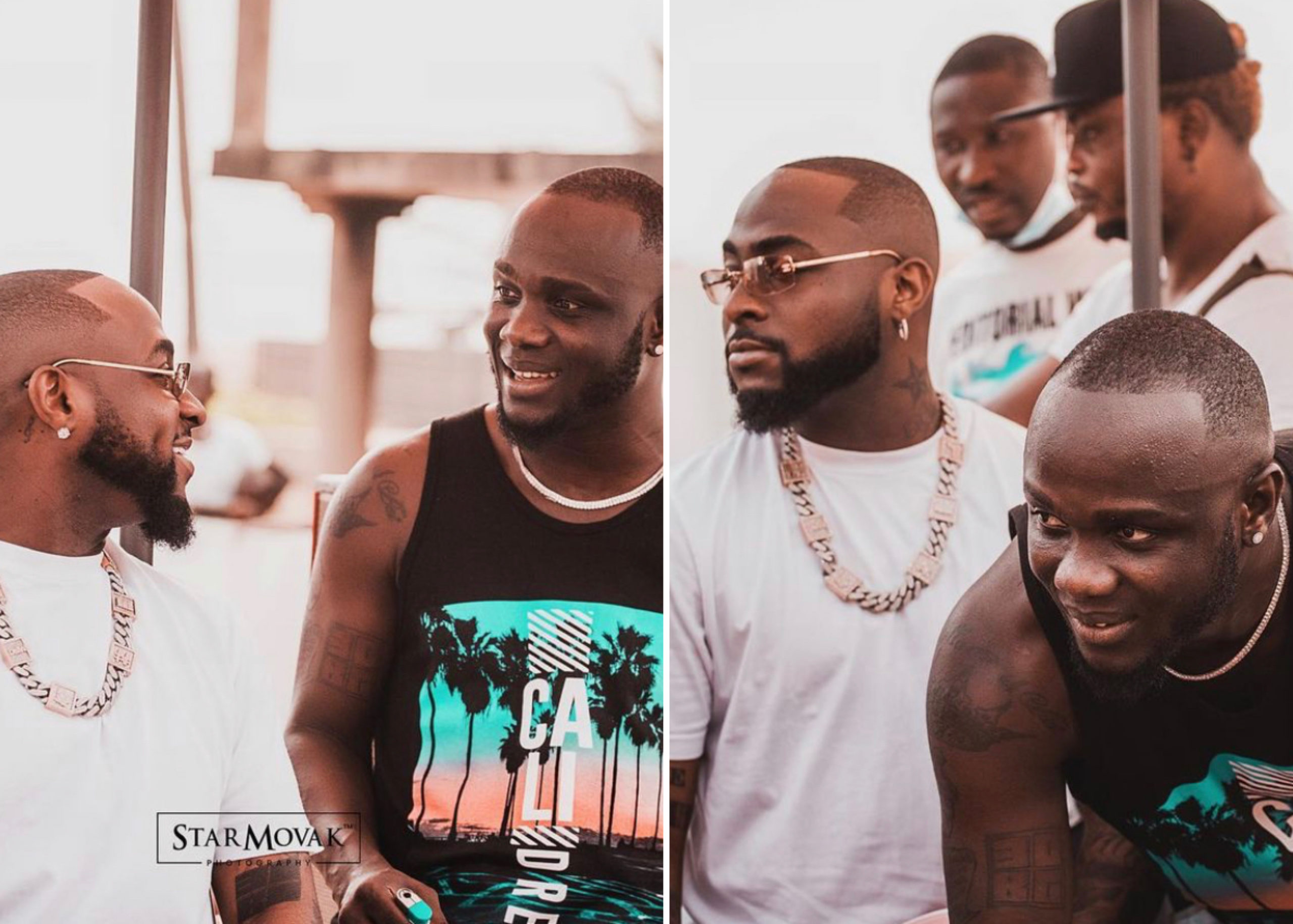 Recall that Habeeb Uthman aka Obama DMW or 44, died on Tuesday June 29, after complaining of breathing difficulty.

The record label owner and artistes’ manager reportedly passed away from a heart failure at a hospital in Lekki , Lagos state.

It was reported that he drove himself to the hospital for checkup over difficulties in breathing but later died in the hospital.

He was then laid to rest on Wednesday, June 30, according to Islamic rites in Epe, Lagos state.

Davido, who has been off public space since news of death of his crew member broke, took to social media today to pen a heartfelt tribute to him.

The singer expressed how much he misses Obama and how things are different without him being around.

He, however, promised to help Obama’s son finish what his dad wanted to do for him especially in his education.

Sharing photos of them together, Davido wrote:

This is by far the hardest thing I’ve had to write.

I am hurt, broken, sad, and lost. For the first time in my life, I am EXTREMELY confused. The pain is one I cannot explain. 44 was more than an elder brother to me, he was a protector. He was someone that literally just always made me smile. He would do absolutely anything to make me smile, no matter the issue or problems I had. His response was always “Don’t worry, I’ll talk to them”, “Don’t worry I’ll sort it out”, “Don’t worry I’ll give them something”. I would never believe in a millions years I will be writing a tribute like this to someone so dear to me this soon. All my life it’s been “David you’re strong, David you’re strong”. 44 I won’t lie to you, this time around, this one WEAK ME!!
I miss you so much 44.
You became so peaceful. You ound peace and purpose, a true generational influence. I cannot even begin to count the amount of people you helped, artistes you brought to me, people you brought together in nothing but love and brotherhood. Actors, artistes, influencers all. God! 44 I swear you will never be forgotten. Up until now I cannot believe this is real, I don’t even know what I’m writing, I’m just writing. I’m just confused.

This has been such a haunting week for all of us. All of us, me, his family, his son, his daughter, his brothers, his friends, a whole brotherhood; God give us all the strength. This isn’t even about me, it’s about all of us, and all the amazing plans and vision you had.

44 I swear, I will not let a single one of your visions die. It is hard getting by without you. My backbone is truly gone but I won’t stop making you proud. I promise to continue to take this thing we started together to the ends of the earth. I promise to continue dominating the world.
And to Malik, even though you are taller than me, you are basically my son. Doing so well in school, passing with flying colours. I have to be strong for you, and you have to be strong for the family, your mom and your grand mom. Everything 44 wanted to do for you, we will finish it together.

44 MY FRIEND. May God accept you to His kingdom. I Love You.

Student Entrepreneur Calls Out Davido For Owing Him N1m…