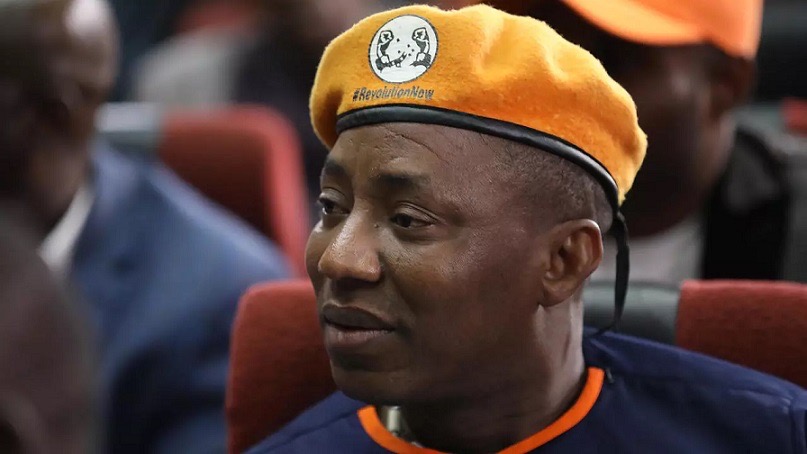 Publisher of Sahara Reporters and convener of #RevolutionNow, Omoyele Sowore, has on Monday, July 26 been arrested by security operatives in Abuja.

Sowore was arrested at the Federal High Court, Abuja, the venue of the trial of the leader of proscribed Indigenous People of Biafra (IPOB), Nnamdi Kanu.

MDB earlier reported that there is tight security around the court as the trial of Kanu, who has been in the custody of Department of State Service resumed today.

Kanu, who was earlier extradited into Nigeria from a foreign country, is facing terrorism-related charges before Justice Binta Nyako.

Others arrested include some members of the proscribed group who were putting on Jewish apparel and chanting songs in support of Kanu and demanding his freedom.

Sowore was reportedly sighted earlier in the day around the court premises to attend the scheduled court session on the fundamental rights abuse case involving five activists arrested at Dunamis Church, Abuja.

Justice Obiora Egwuatu had directed Department of State Security Services (DSS), to on Monday produce the five persons arrested for wearing the ‘Buhari Must Go’ t-shirts to the church.

Sowore was, however, accosted as he continued to livestream activities around the court vicinity. His phone was also seized from him before he was finally taken away.

The camera belonging to Brock Media was equally snatched from the journalist, Yusuf Rock, while he narrowly escaped arrest.

The arrest may be as a result of the restriction of movement and media activities in the court premises.

MDB earlier reported that journalists at the entrance to the court are barred from entering the court on the ground that they were not accredited to cover the trial.

Some media organisations are The PUNCH are The Guardian, Vanguard, Daily Trust, Tribune, Daily Sun, The Cable, and Daily Times, Sowore’s Sahara Reporters and others.