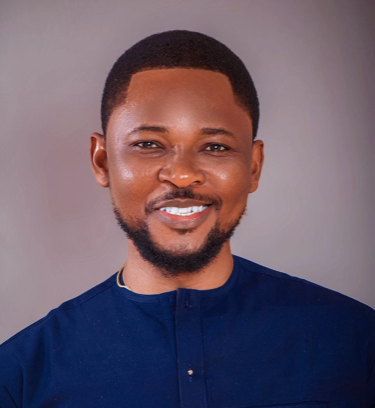 Media expert and social commentator, Japheth Omojuwa, popularly known as JJ Omojuwa, has been appointed to the board of directors of Halifax International Security Forum, Washington DC.

Halifax is a global non-profit think-tank that debates possible responses to security challenges.

A statement from HFX on Monday in Abuja, said Omojuwa became the first Nigerian and African to make the list of respected global leaders who make up the board.

We are truly delighted to have Omojuwa on board and everyone here is looking forward to working closely with him to further advance our mission to strengthen cooperation among the world’s democracies.

HFX is a global non-profit think-tank that brings together senior officials from mostly democratic nations around the world to freely discuss problems, share knowledge and debate possible responses to global security challenges.

Current board members of HFX include White House nominee to serve as Ambassador to the UN Agencies for Food and Agriculture, Cindy McCain and Mexican Council on Foreign Relations chair, retired Major Gen. Tammy Harris.

Read Also: Japheth Omojuwa Responds To Oby Ezekwesili’s Letter Accusing Him Of Enlisting Her As Director In His Company Without Consent (Photos)

Others are former Deputy Commander of Royal Canadian Air Force, Dr Luis Rubio; fellow of Royal Society of Canada, Ahmet Taçyildiz; founding chairman of Ant Holding and chairman of GAP Insaat; Janice Gross Stein who serves as chair of the board.

Omojuwa took to social media to announce the appointment saying he was delighted to accept the invitation by HFX.

I am delighted to announce that I accepted the invitation by the Halifax International Security Forum to join its board. This gives me an opportunity to work with such exemplary leaders& change makers who are devoted to strengthening strategic cooperation among democratic nations pic.twitter.com/hGH1tnEabl

Beyond his vast knowledge of international affairs and digital media, Omojuwa brings to Halifax a distinguished career and reputation in the private sector with his wealth of knowledge on social issues.

Mr Omojuwa is the Founder and Chief Strategist at Alpha Reach, one of Nigeria’s foremost Digital Media companies.

In 2019, he became a British Council Chevening Scholar and recently bagged a Master’s degree from the University College London where he studied Behaviour Change at the Faculty of Brain Sciences.

He is the author of the best-selling book “Digital: The New Code of Wealth.”