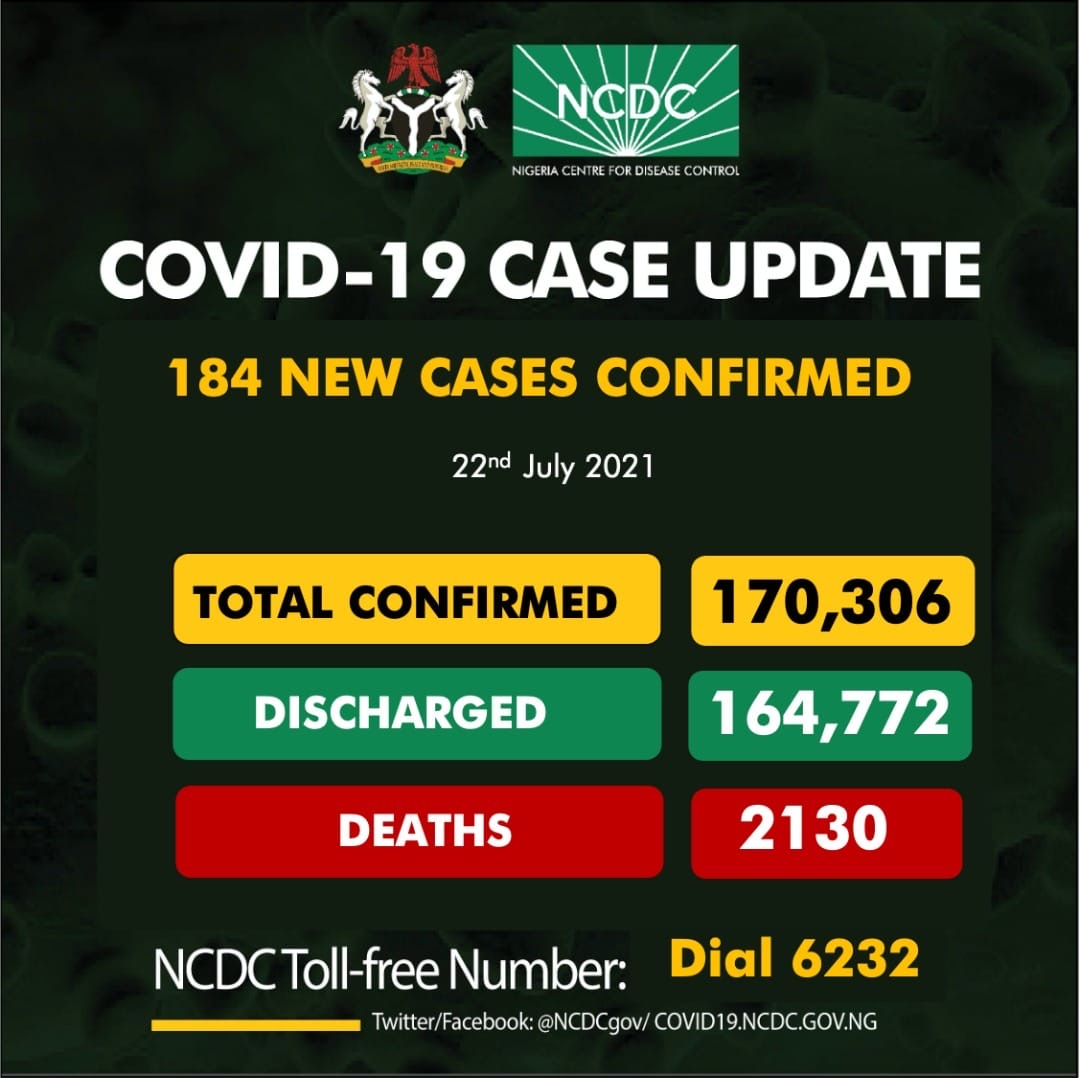 The latest figure represents a 22.69 percent decline after a surge on Wednesday (238 cases).

Also, 31 persons were discharged, while no death was recorded.

Matshidiso Moeti, WHO regional director for Africa, said this at a media briefing on Thursday.

Nearly 70 percent of African countries will not reach the 10 percent vaccination target for all countries by the end of September at the current pace.

Around 3.5 million to four million doses are administered weekly on the continent, but to meet the September target this must rise to 21 million doses at the very least each week.

Masiyiwa’s comments come about 24 hours after Pfizer/BioNTech said it has concluded a deal with Biovac, a South African Institute, to carry out the final stages of vaccine manufacturing where the product is processed and put into vials.

“We want to make clear to all suppliers … if you want a long-term future with us now, you produce from Africa,” Reuters quoted Masiyiwa to have said.

Israel To Rejoin African Union As Observer — 19 Years After Ouster