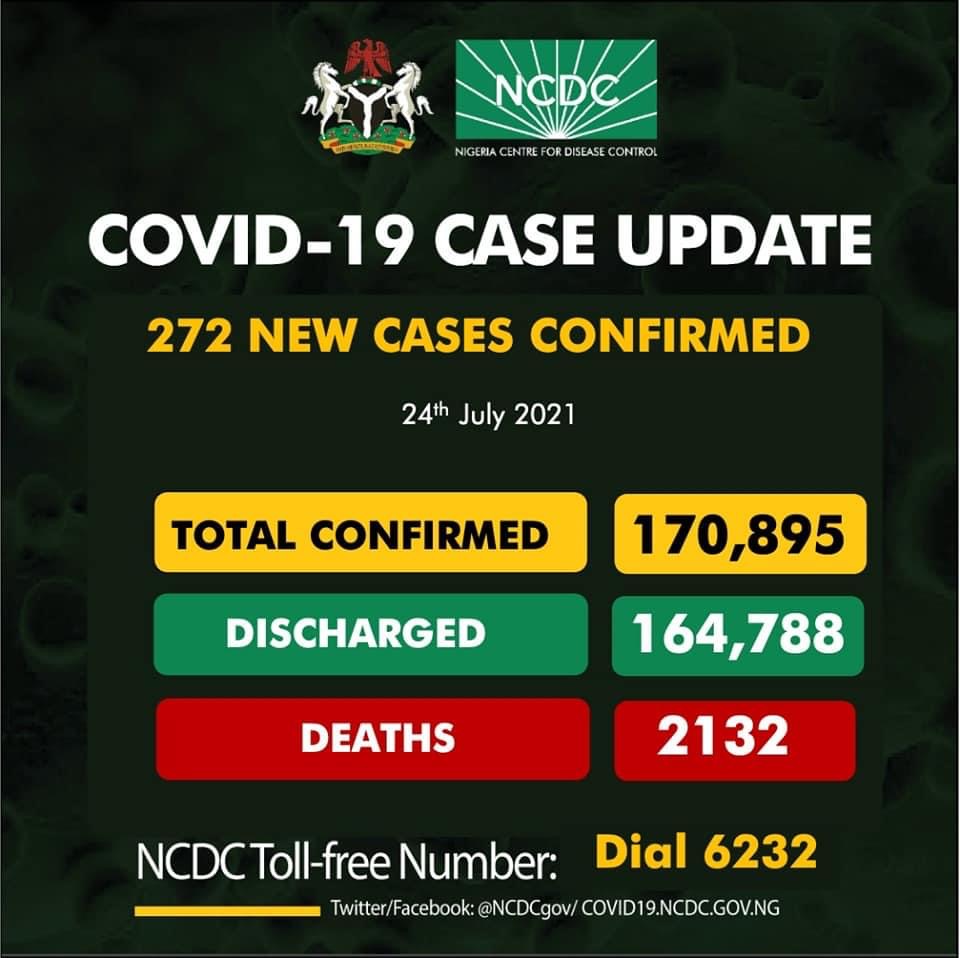 Nigeria Centre for Disease Control (NCDC) recorded one death and an additional 272 coronavirus infections in Nigeria on Sunday, July 24.

NCDC released the information on its official website early on Sunday and the latest infections figure shows a decline, compared with 317 cases announced on July 23, an 18-week high in infections.

The public health agency said COVID-19 related deaths in Nigeria, Africa’s most populated country currently stood at 2,132 since the pandemic hit the country.

NCDC said that Nigeria had also tested more than 2.4 million samples for the virus out of the country’s population, estimated at 200 million.

It noted that Lagos State, Nigeria’s epi-centre of the disease and economic hub, again recorded the highest number of new infections with 182 confirmed cases.

NCDC disclosed that three states, including Kaduna, Kano and Sokoto States recorded zero cases and that as at July 24, Nigeria’s COVID-19 active cases stood at 3,975.

The agency said that eight people were discharged on July 24 after recovering from the disease.

It noted that out of a total of 170,895 positive infections confirmed across the country, 164,788 patients had been discharged.

According to the agency, a multi-sectoral national emergency operations centre, activated at level 2, continues to coordinate national response activities.

Meanwhile, NCDC has alerted that COVID-19 infection rate has worsened at entry points with 32 per cent rise in one week.

It disclosed that over 10,000 in-bound travellers from overseas had shunned the compulsory COVID-19 testing and isolation after arriving in Nigeria.