Lagos State Police Command on July 3rd arrested the agitators at Ojota, Lagos while protesting in support of the actualisation of Yoruba Nation and demanding the freedom of Yoruba freedom fighter, Sunday Adeyemo, aka Sunday Igboho. 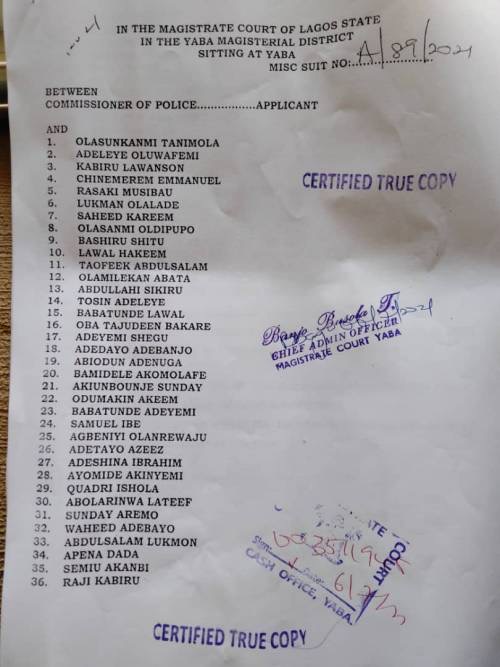 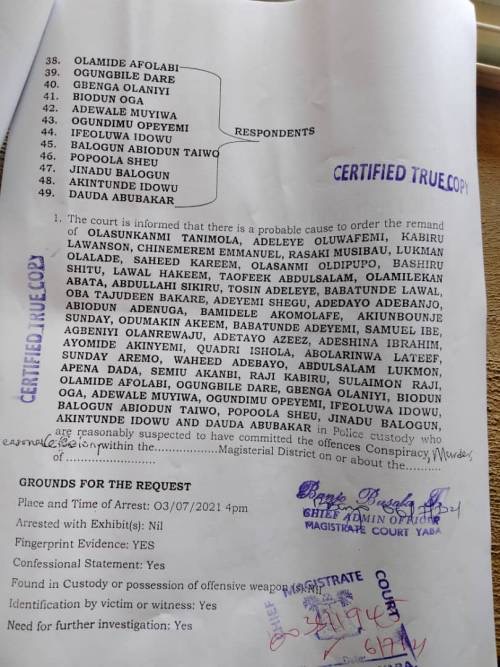 A motion for their bail application was filed by human rights lawyers led by Olasupo Ojo and Oladapo Kayode.

The court in a ruling on July 5 initially failed to grant bail to the Yoruba Nation agitators arrested and detained by Lagos State Police Command.

The defendants, who were arrested in connection with Oodua republic mega rally, were further detained by an ex parte order granted for 21 days.

A part of the order reads;

That I am the above-named person and address, that I am part of the team of investigating Police officers currently investigating a case of conspiracy, murder, treason, felony, unlawful possession of firearms and conduct likely to cause a breach of peace against the defendant and every fact deposed herein came to my knowledge in the course of execution of my duty by virtue of which I am conversant with the facts of this case.

That the Police arrested the defendants at Ojota while rampaging, protesting and causing mayhem and panic to the public peace. That the suspects are seriously indicted. That the police are by this application requesting for the remands of the defendants for the 21 days to enable the police to conclude their investigation.

Lady Killed During Yoruba Nation rally in Lagos Buried Amid…