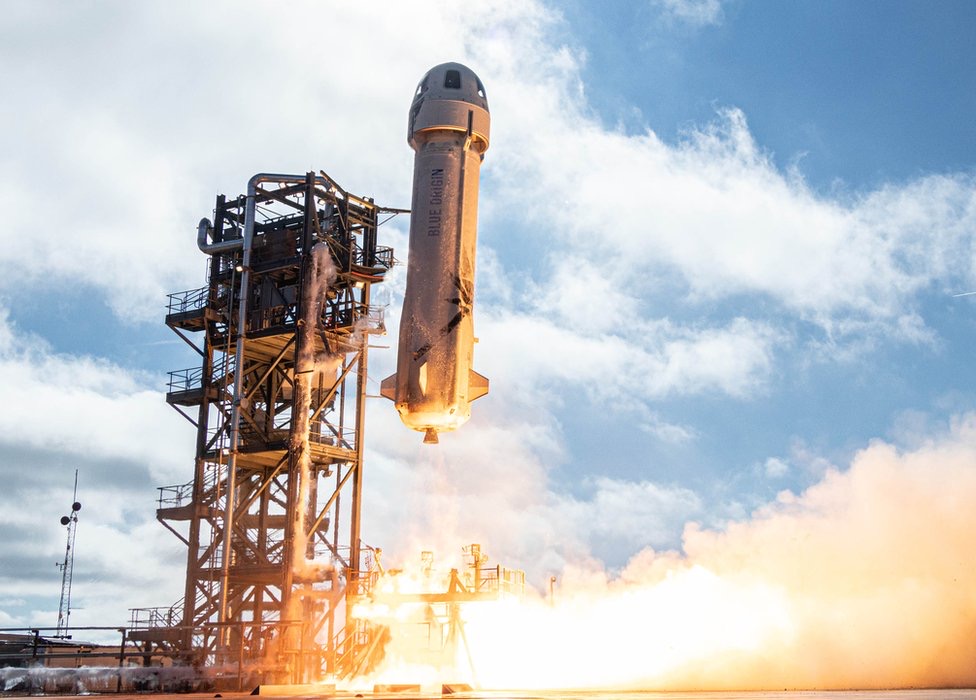 Jeff Bezos, the richest person on the planet, has on Tuesday blasted off for space aboard a Blue Origin rocket on its first human flight, the company’s live broadcast showed.

The rocket lifted off from a base in the west Texas desert at approximately 8:12 am local time (1312 GMT) after a brief hold, and will eventually hit speeds of 2,300 mph (3,700) kph as it heads towards space.

The capsule separated from its booster and cross the Karman line, the internationally recognized boundary between Earth and space at 62 miles (100 kilometers) of altitude.

Shortly after, the Blue Origin capsule carrying Jeff Bezos and three crewmates touched down in the west Texas desert after breaching the boundary of space, the company’s live broadcast showed. 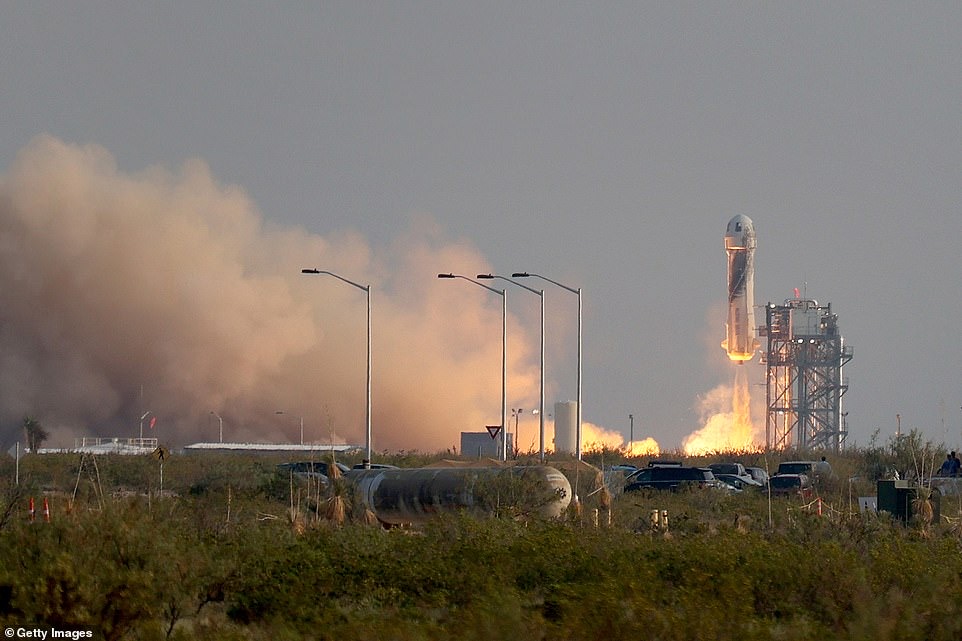 The Amazon founder, with the space trip, took his own small step 21 years after getting the space company started.

“I want to go on this flight because it’s a thing I’ve wanted to do all my life,” Bezos said in a video broadcast before the launch. He was joined by his brother, Mark, customer Oliver Daemon and 82 year-old aviation pioneer, Wally Funk.

The world’s richest man’s 10-minute flight took him and the others over 100km above the Earth’s surface in a crucial milestone for the 21-year old space company.

Since its founding in 2000, Bezos has held Blue Origin to himself. He’s put an estimated $7.5 billion of his own money into the company, and unlike rival billionaires Richard Branson or Elon Musk, has taken no venture funding or other investment.

Blue Origin’s space development has been slow and steady, which is a specific design philosophy: the company’s motto is “Gradatim ferociter,” which translates to “step-by-step ferociously,” and its mascot is a tortoise, a reference to Aesop fable. 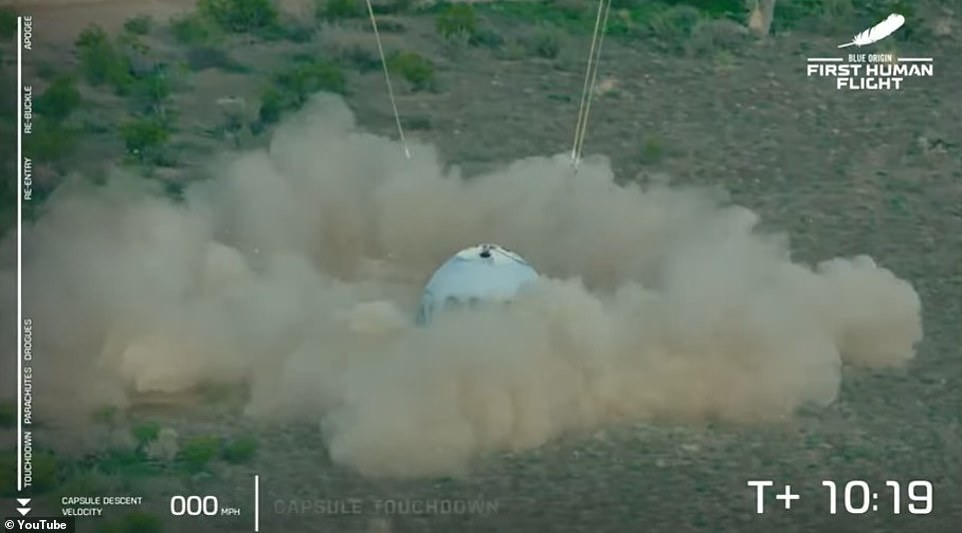 It flew its first test vehicle in 2005, and its first rocket in 2006. But it wasn’t until 2012 that it flew the first test of its New Shepard suborbital spaceflight system, which was a test of the company’s pad escape system.

Three years later, the company conducted the first full test of New Shepard system. The rocket launched successfully, and the capsule separated and landed safely, but the booster rocket crashed and was destroyed. 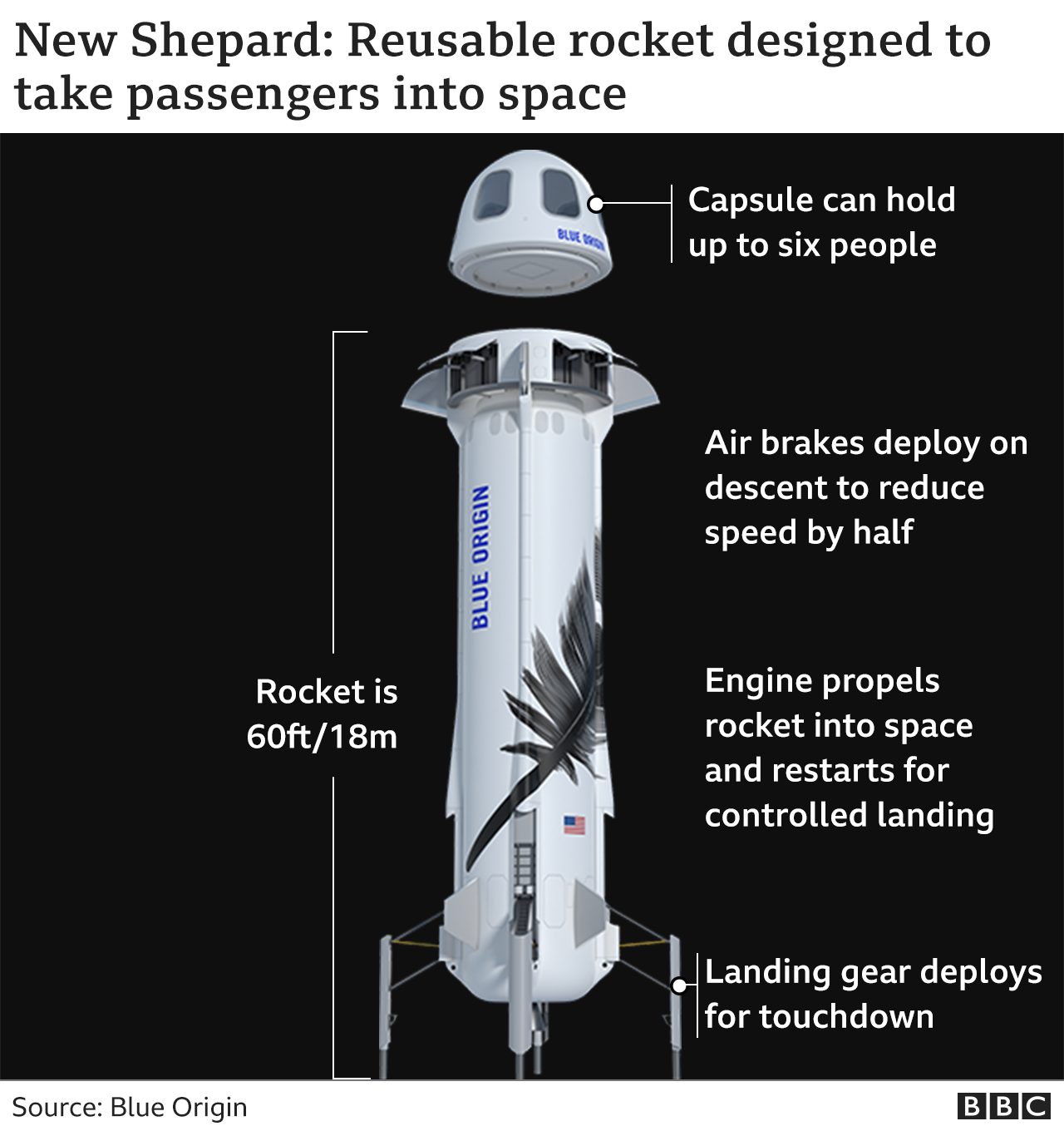 A few months later in November 2015, a second test flight of New Shepard successfully launched and the booster landed safely—the first time a rocket had been to space and landed back on Earth.

Blue Origin made history again a few months later in January 2016 by launching and landing the same rocket that had launched the previous November.

All in all, the New Shepard system had 15 test flights prior to the first crewed launch today, and the rocket and capsule that launched Tuesday had two previous successful flights. 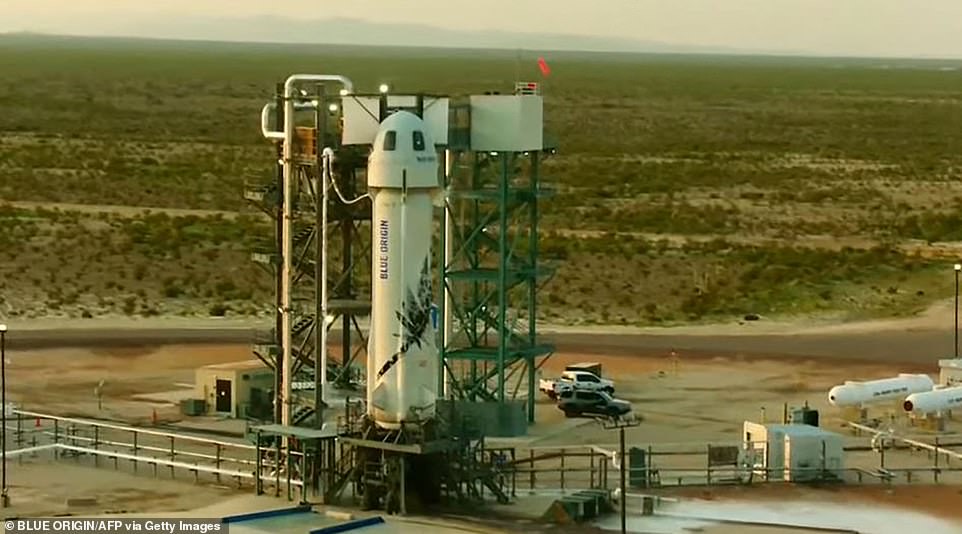 In June 2021, Bezos announced that he was going to fly to space personally, joined by his brother, Mark.

Read Also: Jeff Bezos To Fly To Space On First Passenger Spaceflight Of His Company, Blue Origin In July (Video)

On July 1, the company announced that Funk would be joining the flight. The fourth passenger was originally intended to be the winner of an auction for that seat, which an anonymous person won with a bid of $28 million. Last week, however, the company announced the auction winner would not join the flight, with their slot filled by 18 year-old Oliver Daeman, who has now become the company’s first paying customer to go to space.

Each of the three stages of the flight lasts about three to four minutes, first the rocket launch where they will experience up to three times the pressure on the surface, followed by four minutes of weightlessness where they can see the curve of the Earth, and finally a three minute descent to the desert of Texas.

While in space, the crew of the capsule were able to unbuckle and enjoy a period of weightlessness for about four minutes.

While the crew were enjoying their time in space, the booster returned to the landing pad for use on another flight. 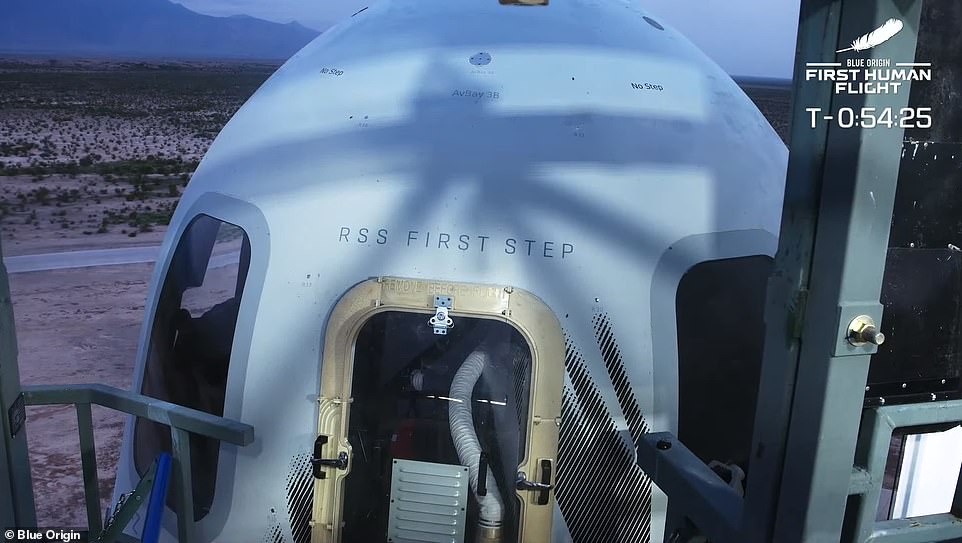 After those few moments, the crew then got back in their seats and buckled back up as the capsule began its descent. The capsule landed safely at 8:24am, with its crew disembarking just a few minutes later.

On landing Jeff Bezos described it as the ‘best day ever‘ when asked for a ‘status check‘.

During the weightlessness time, Wally Funk shouted ‘it is dark up here’, followed by a status check call from each of the four, with Jeff Bezos having to remind Wally and Oliver to confirm. 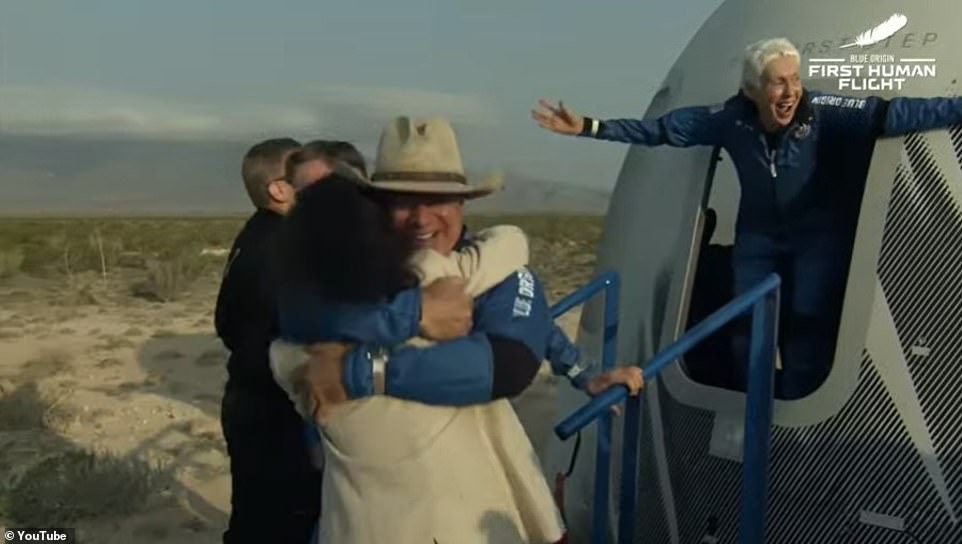 The crew returned to Earth at a gentle 14 or 15 miles per hour to end in a soft touchdown in the desert at 2:23 BST (09:23 EDT), to cheers from the ground and excitement from the four newest astronauts.