“I Use Traditional Powers, Guns Paraded By DSS Not Mine” – Sunday Igboho 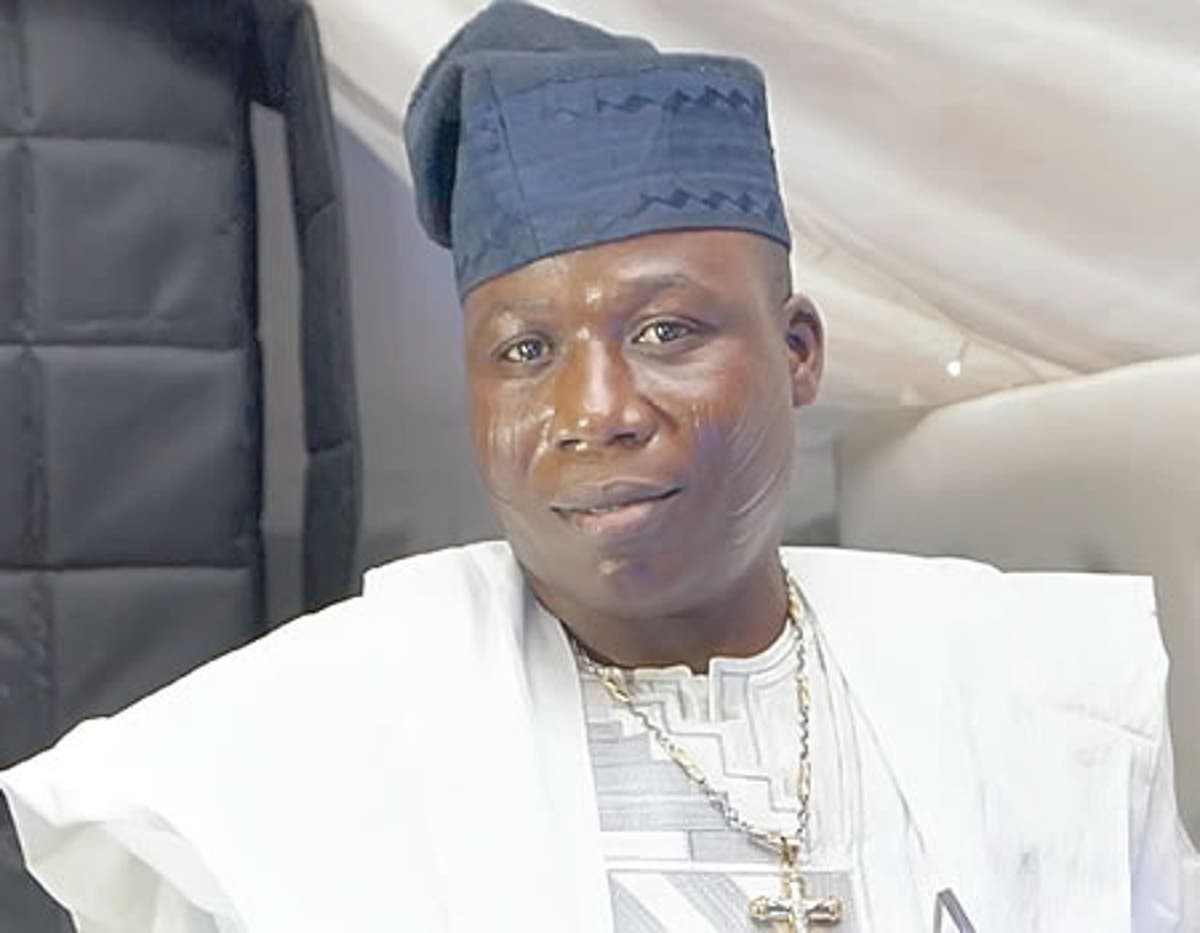 Yoruba Nation agitator, Sunday Adeyemo, popularly known as Sunday Igboho, has reacted to the claims made by Department of State Services (DSS) that he had an armoury stored in his Ibadan residence that was raided on Thursday, July 1.

His reaction comes hours after DSS declared him wanted shortly after some of his men were arrested during a raid on his residence at Soka in Ibadan, Oyo State on Thursday, July 1st in an attempt to arrest him.

Two people were killed and other abducted during the raid as the secret police vowed to track down and arrest Igboho.

SSS spokesman, Peter Afunanya, at a press briefing confirmed that the officials were present at the activist’s house and alleged that illegal arms including seven AK-47 rifles and thousands of ammunition were recovered from the building.

In a statement released this evening by his media aide, Olayomi Koiki, he said DSS had no right to declare him wanted as there was no prior invitation sent to him by the agency neither was any search warrant used by the officers who invaded his home.

He also denied claims that the arms found in his residence were his. According to him, he protects himself with charms.

The invasion of my home by Nigerian security operatives and the Department of State Security’s (DSS) announcement that I am wanted has made it essential for me to set the records straight for Nigerians and the international community.

Nigerian security operatives invaded my residence in the early hours of Wednesday, 1 July, 2021. The invasion was done without a search warrant. I was not invited for questioning/investigation at any government facility before the invasion. The operatives that stormed my residence destroyed my properties, killed persons and stole valuables and money. Pictures and videos of their atrocities have been widely reported in the media.

Nigerians and the world at large are aware of my resistance to the incessant killings, raping and kidnapping of my people in Southwest Nigeria by armed Fulani herdsmen. The failure of President Muhammadu Buhari and his government to curb the criminal activities of the murderous herdsmen necessitated my intervention. I ordinarily would not have intervened if government had lived up to its responsibility of securing the Southwest and Nigeria at large from the criminal activities of the President’s ethnic men.

Of public knowledge, my intervention has not let to any loss of live or bloodshed. My means of curbing criminality is to the chase the criminal Fulani herdsmen out of their hideouts in company of the people of the affected communities. It is because of the foreseen government persecution that videos of such interventions were transmitted live on social media. Nigerians, the security operatives, and the presidency are aware that I have never moved against the peaceful Fulani’s and other tribes living peacefully in the Southwest. My unjust persecution — for defending my people and community — is therefore surprising and unwarranted.

After several unsuccessful attempts to link me to any crime, the Buhari regime desperately opt to forcefully silence me, so that the criminal herdsmen, who enjoys government’s sympathy, protection and immunity, can easily outrun the Southwest. The presidency’s serial antics and desperation to acquire people’s ancestral lands across Nigeria for foreign Fulani herdsmen because they share ethnicity and occupation with the President is well known to Nigerians and the international community. I am being seen as a threat to the Fulanization agenda in the Southwest, hence the desperation to soil my name.

Nigerians and the international community should please be aware that the security operatives that invaded my home either planted the ammunitions being paraded in the media in my home or harvest them from their armoury to frame me. The arms paraded are not mine, they are government magic. I protect myself with traditional powers, not with guns.

Federal government framed me up and the sequence of events brings the truth bare. Why would the security agents invade my home at night and destroy my surveillance cameras before carrying out their operation if not that they had an ulterior motive? In this modern age of technological advancement, why did the security operatives not put on body cameras to record their activities from the point of entry to their time of exit? Their action is a testament that the Buhari regime is incurable of using desperate approach to silence peaceful social interventions.

The unwarranted military invasion of Lekki, gruesome killing of peaceful EndSARS protesters, and evacuation of their bodies on 20 October 2020 is still fresh in the mind of Nigerians. A similar approach was adopted during the invasion of my home. The security operatives killed scores and took away their bodies. Buhari’s regime would have declared that ‘unknown gunmen’ invaded my home if they had succeeded in killing me. Nigerians and the international community should beware that desperate efforts are being made to force those arrested to make implicating confession statement. I advise the DSS to desist from their unprofessional acts and devote such energy to eradicating insecurity.

Nigerians and the international community should please note that I am a law-abiding citizen without blemish. I advise President Buhari to, in the interest of Nigerians that voted him to power, order his henchmen to desist from using falsehood and unholy tactics to soil my name. Such energy should be devoted to taming the herdsmen and bandits freely committing heinous crimes across Nigeria with impunity because their kinsman is in power.

Yoruba people would not be demanding for a nation if government had lived up to its responsibilities. Self-determination is not a crime and all effort to silence us and acquire our ancestral land for local and foreign criminal herdsmen will fail. Many Ken Saro-Wiwa arose after Nigerian government unjustly executed the non-violent activist. Those that emerged after him confronted government and almost brought Nigeria to its knees. I am another Saro-Wiwa. Therefore, I advise President Buhari to learn from the mistake of past governments. I am not Nigeria’s problem and should not be framed up or intimidated for contributing my quota to ensure peace reigns in my region and country.

Two Arrested For Being In Possession Of 167 Parcels Of Cannabis