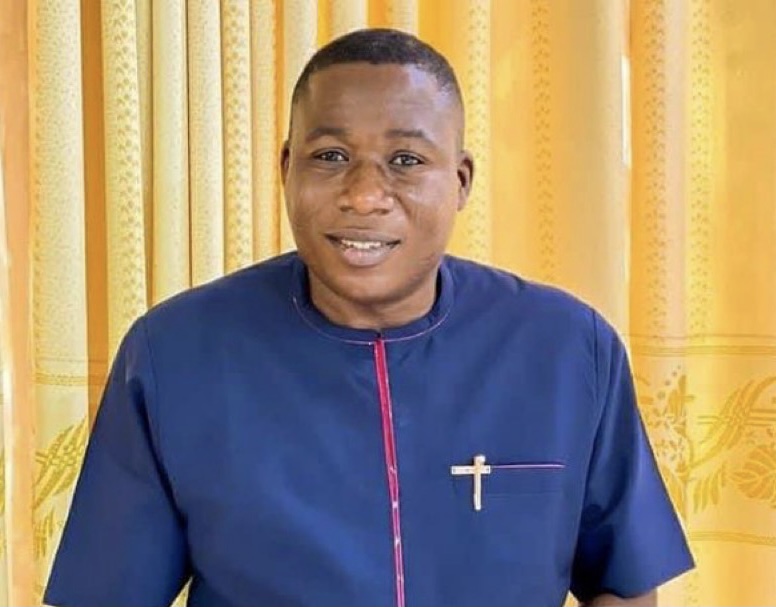 This was confirmed by his Beninese lawyer, Rafael Huvehnou, who told SaharaReporters that Igboho will remain in police custody till the said date.

According to him, if Igboho is found guilty, he will be sanctioned accordingly but if otherwise, he will be set free.

Read Also: Just In: Sunday Igboho To Remain In Custody As Beninese Court Adjourns Till Friday

I have to respect the secret of instruction but what I can tell you is that his wife has been released since she has not committed any offence and there’s no complaint whatsoever against her. Also, her passport has been returned to her but Igboho will remain in police custody till Monday, 26th of July.

If he is found guilty of the charges levelled against him, he will be judged accordingly but if not, he will be released.

Also, the umbrella body of the Yoruba self-determination group, Ilana Omo Oodua confirmed this in a statement on Friday.

In its statement, Ilana Oodua said;

Yesterday (Thursday), the court set Mrs. Adeyemo, lgboho’s wife free since it has been found that she has committed no offence and there’s no complaints whatsoever against her. Consequently, her German passport was returned to her.

The lawyers handling the case reported after the proceedings that Chief Sunday Adeyemo lgboho cannot be extradited to Nigeria for two principal reasons:

That contrary to insinuations, Nigeria and Benin have no Extradition Agreement.

That Nigeria has not been able to come up with charges that could lead the court to order lgboho’s extradition to Nigeria.

What Nigerian Government came up with were mere allegations against Ighoho such as trafficking in arms and inciting violence that could result in the social disturbance without evidence which the Government of Benin Republic considered spurious and untenable, and insufficient to warrant extradition.

Lastly, the case has been adjourned till Monday, 26th July to allow the Nigerian Government bring up whatever evidence they may have, and Mr. lgboho has been taken back to the police custody.

MDB earlier reported that Beninese court ruled on Thursday that Igboho’s wife, Ropo, should be released unconditionally as there were no charges against her.

The court, however, ruled that Igboho be remanded in police custody till the next date of adjournment.

The two were arrested at Cadjèhoun Airport in Cotonou on Monday while they tried to catch a flight to Germany.

This comes as Department of State Services declared Igboho wanted for allegedly stockpiling arms, an allegation he has denied.