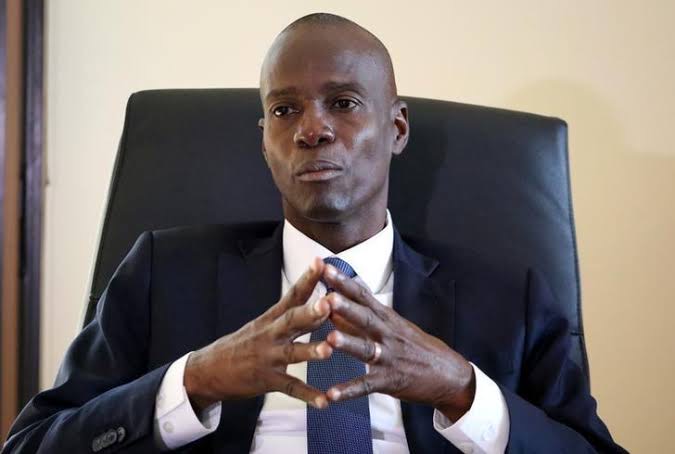 President of Haiti, Jovenel Moïse, has on Wednesday morning been assassinated at his private residence.

Moïse was killed in his private residence around 1 a.m. local time Wednesday by a group of assailants, Haitian Prime Minister Claude Joseph said in a Wednesday statement.

Moïse’s wife, First Lady Martine Moïse, was also injured by gunshot in the attack and is hospitalized, Joseph added.

Joseph said he was now in charge of the country.

“The president was assassinated at his home by foreigners who spoke English and Spanish,” Joseph said.

The statement did not identify the assailants, but said they were Spanish-speaking.

The president of Haiti, @moisejovenel, has been assassinated by a team of commandos who attacked his home in the hills above Port-au-Prince. Pray for #Haiti and its people. pic.twitter.com/SiWNIwtxm8

A reporter for Le Nouvelliste and presenter on Radio Magik 9 Robenson Geffrard said the assassination was carried out by a commando group with “foreign elements,” citing interim Prime Minister Joseph.

Joseph condemned what he called a “hateful, inhumane and barbaric act,” adding that Haiti’s National Police and other authorities had the situation in the Caribbean country under control.

Moise had been ruling Haiti, the poorest country in the Americas, by decree, after legislative elections due in 2018 were delayed in the wake of disputes, including on when his own term ends.

In addition to the political crisis, kidnappings for ransom have surged in recent months, further reflecting the growing influence of armed gangs in the Caribbean nation.

The president faced steep opposition from swathes of the population that deemed his mandate illegitimate, and he churned through a series of seven prime ministers in four year. Most recently, Joseph was supposed to be replaced this week after only three months in the post.

In addition to presidential, legislative and local elections, Haiti was due to have a constitutional referendum in September after it was twice postponed due to the coronavirus pandemic.

Supported by Moise, the text of the constitutional reform, aimed at strengthening the executive branch, has been overwhelmingly rejected by the opposition and many civil society organizations.

The constitution currently in force was written in 1987 after the fall of the Duvalier dictatorship and declares that “any popular consultation aimed at modifying the Constitution by referendum is formally prohibited.”

Critics had also claimed it was impossible to organise a poll, given the general insecurity in the country.