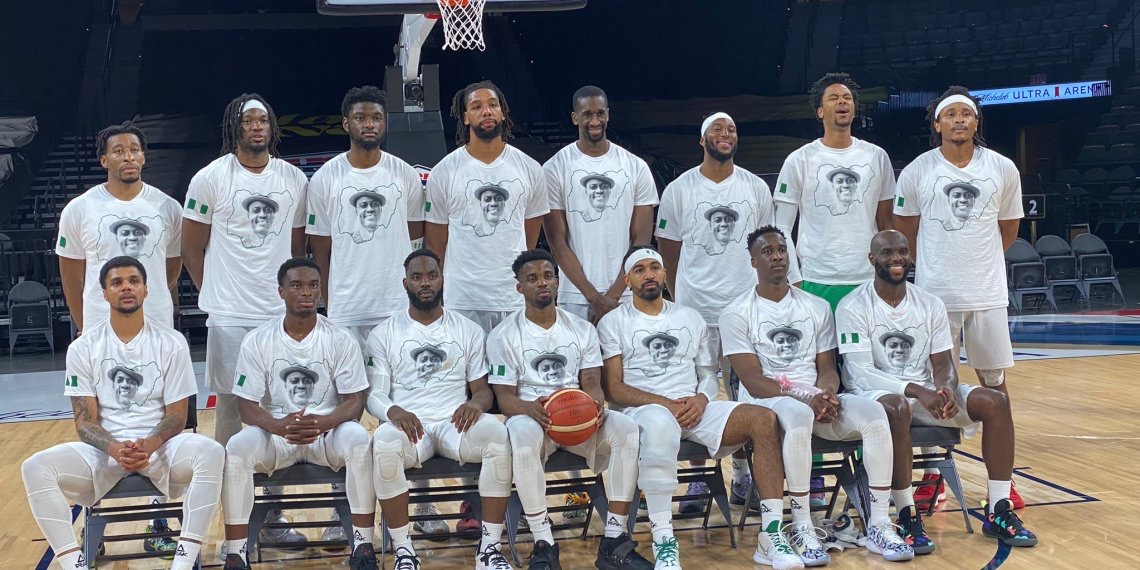 Nigeria’s men’s basketball team, D’Tigers have been eliminated from the Tokyo Olympics after suffering their third consecutive defeat in group B to Italy in the early hours of Saturday.

The game, played at the Saitama super arena, finished 80-71 as the Nigerians bow out of the 2020 Olympics without picking up any point.

It would be recalled that D’Tigers rounded off their pre-Olympic preparations with impressive wins over the U.S. and Argentina in Las Vegas.

However, in Tokyo they have failed to reproduce such scintillating performances, and rather put up epileptic shows in matches they could have even won.

Saturday’s result meant the Italians are headed for the Olympic quarter-finals, ousting Nigeria to clinch that spot.

The starting five named by Mike Brown was led by Vincent Gabe Nnamdi, the team’s captain, and the formidable quartet of Jordan Nwora, Miye Oni, Chikezie Okpala, and Precious Achiuwa.

After losing to Australia 67-84 in their group opener and 92-99 to Germany in their second Group B match, expectations were high that D’Tigers would get it right against the Italians.

During the game, D’Tigers started on the front foot by taking the first two points before the Italians rallied and began to dominate the game for 29-17 at the end of the first quarter.

Nigeria, however, pulled off a stunning comeback as the Italians struggled to keep up with the pace of the D’Tigers for a 40-39 at the end of the second quarter.

Then, Nigeria led 63-56 after three quarters, and even saw their lead increase before the fourth quarter resumed.

Italy’s Michele Vitali had drawn a technical for trying to slap the ball away before the start of the fourth quarter.

So, before the 10-minute clock even started, Nigeria’s seven-point lead increased to an eight-point edge.

However, the D’Tigers took their foot off the gas and did not score for nearly seven minutes from then on.

Nicolo Melli scored 15 points, Nico Mannion had 14 and Italy used a 14-0 run in the fourth quarter to rally and beat Nigeria 80-71 in the Group B finale for both teams.

The Italians will finish either first or second in the group, as the final standings will not be decided until the Germany-Australia game later on Saturday.

Either way, the Italians will play again on Tuesday. It is the fifth consecutive Olympic appearance in which Italy have reached the quarter-finals, the most recent of those coming in 2004 at Athens when they won the silver medal.

Italy: Outrage After Nigerian Man Strangled To Death As…