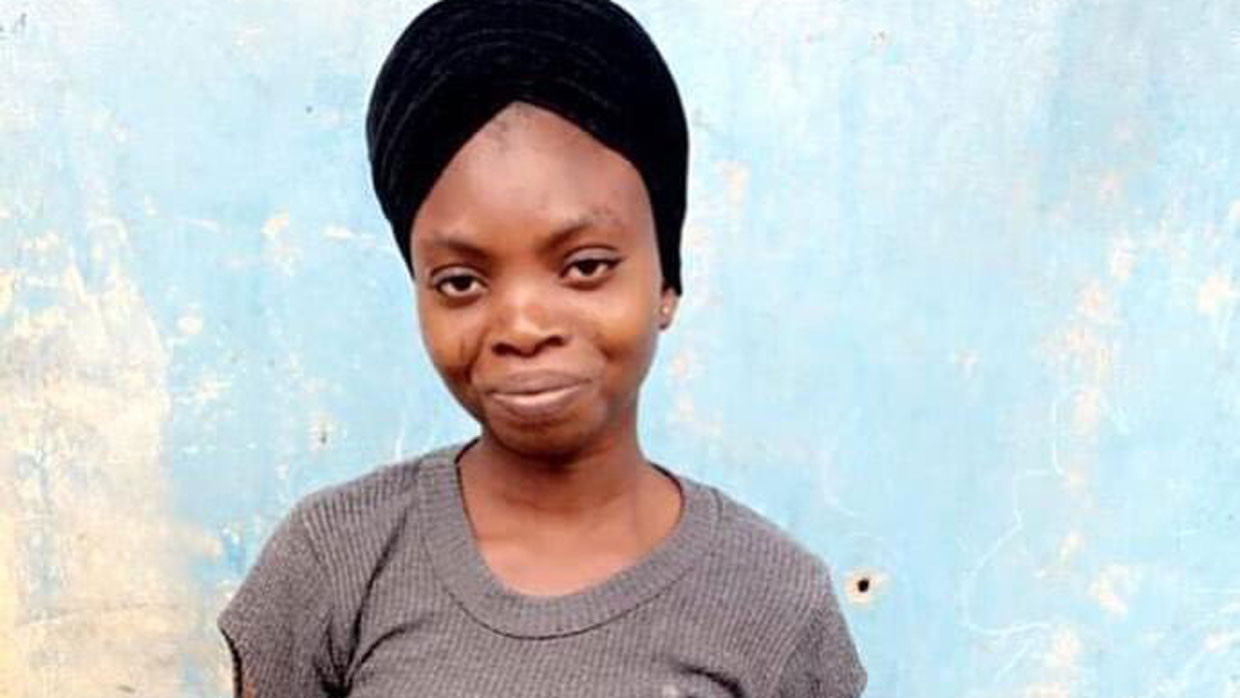 An autopsy has been carried out on the body of Jumoke Oyeleke, a salesgirl who was allegedly killed by a stray bullet during the Yoruba Nation rally in Lagos on July 3.

The report which was signed by one Dr. S.S. Soyomi of Department of Pathology and Forensic of Lagos State Teaching Hospital (LASUTH) in Ikeja, indicated that the 25-year-old died from “haemopericardium, disruption of the heart and lungs and missile injury to the chest.”

Hemopericardium refers to blood in the pericardial sac of the heart. It is clinically similar to pericardial effusion, and, depending on the volume and rapidity with which it develops, may cause cardiac tamponade.

The autopsy report confirmed that the 25-year-old woman died at 11:30 a.m., during the protest.

The report contradicts the claim by Lagos State Police Public Relations Officer, Muyiwa Adejobi, that Jumoke was abandoned after she might have been stabbed.

Recall that police had attempted to disperse the peaceful rally at Gani Fawehnimi Freedom Park in Ojota by firing guns and tear gas canisters into the air.

Witnesses at the rally claimed the deceased was hit in the back as she, alongside others, was fleeing from the scene of the police shootings.

However, the police swiftly issued a statement saying its officers never fired a “single live bullet” at the rally.

According to the statement, the deceased’s body “was found wrapped and abandoned at a distance, far from Ojota venue of the rally, behind MRS Filling Station, inward Maryland, on the other side of the venue, with dried blood stains suggesting that the corpse is not fresh. After a close look at the corpse, a wound suspectedly sustained from a sharp object was seen on it.”

Following this, Lagos state government ordered an investigation into the alleged killing of the young lady.

Attorney General, Moyosore Onigbanjo said a Coroner’s inquest has been requested in line with sections 14 and 15 of the Coroners’ Systems Law, Laws of Lagos State 2015, to determine the cause and circumstances of death.

Following the new development, the deceased’s uncle, Afolabi Wasiu, according to PremiumTimes, confirmed that the family has received the autopsy report on Monday evening.

What they said was that they couldn’t find the bullet in her body. That the bullet went out, that is what the autopsy is saying.

Wasiu expressed that the police were also yet to give the family closure concerning their investigation of the incident.

He added that when they went to request for her body on the same day of the incident, the police commander at Ojota asked them to;

Calm down for them to be able to detect the kind of bullet that penetrated through her, that they were not the only security agencies in that vicinity at the time, that they cannot detect that this was what happened. They said when they start the investigation, they will check the bullet and the number.

He said with the absence of the bullet, he doubts the culprit would be found, stressing;

We know how this government works, they have played the game already and have been telling lies, different lies, look at the mother, her brain is not stable.

Wasiu added that the family were required by the police to pay a sum of N25,000 for transportation of the corpse for autopsy.

They (CP Christopher Oyinsi at the state CID in Yaba ) told us to arrange an ambulance that will take the corpse from the mortuary to where they are going to do the autopsy and to bring the corpse back to the mortuary which we paid for. The transportation was N25,000 to and fro.

Initially they told us, we are going to pay for the mortuary but later when I started posting it (on social media) they later told us that we should not bother to pay.

Wasiu noted that they had planned to bury Oyeleke on Monday but their lawyer, Ernest Olaoluwa, advised against it.

Our lawyer said we should not bury her yet. Because they need to get more information about the death, they said it is not just a death that will come and go like that.