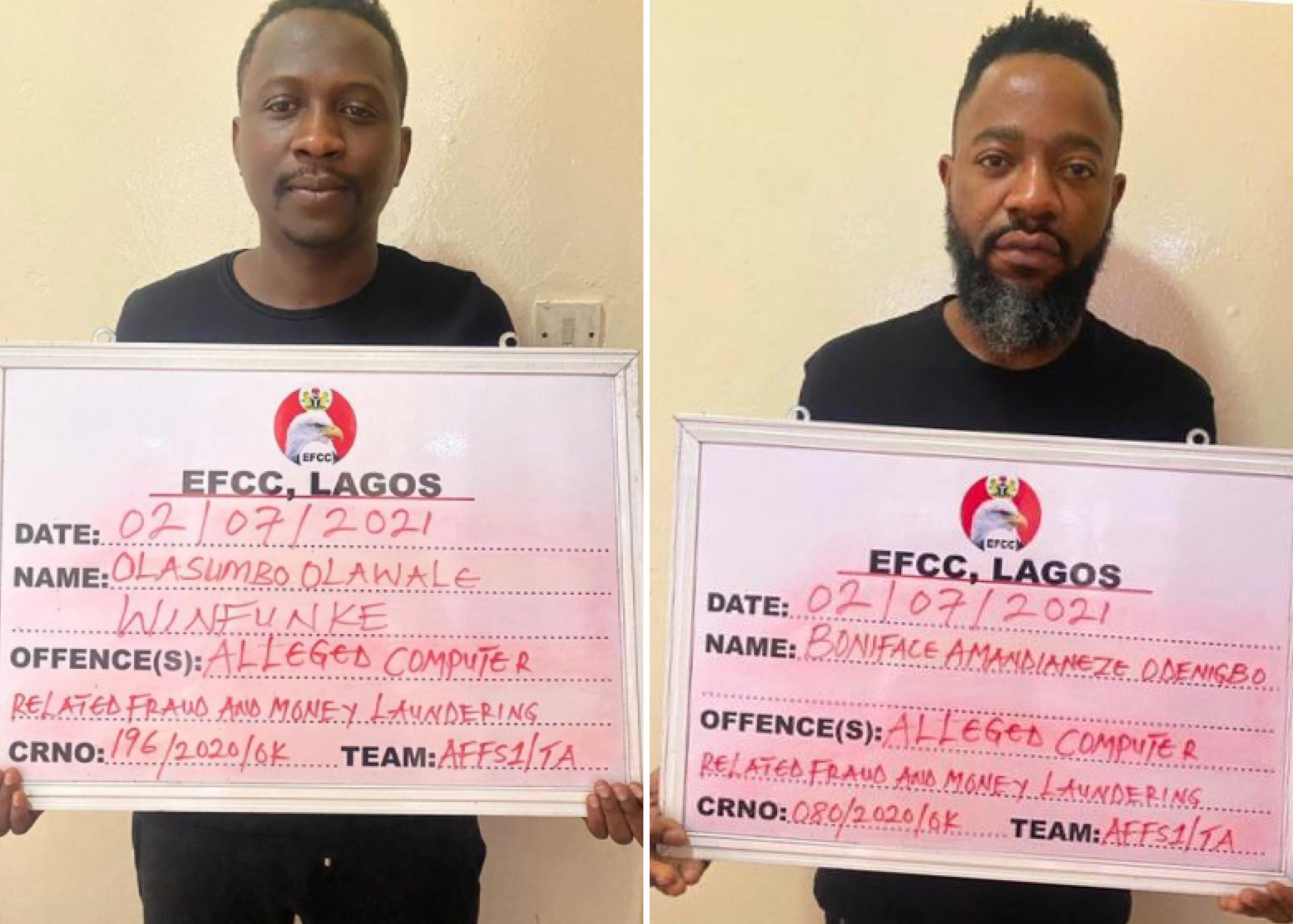 Olasunmbo is the husband of Tania Omotayo, a businesswoman and a former girlfriend of singer, Wizkid.

Announcing the latest development in a statement shared on its Facebook page, EFCC said;

Operatives of the Lagos Zonal Office of the Economic and Financial Crimes Commission, EFCC, have arrested two suspects for alleged internet fraud and money laundering.

The suspects, Boniface Odenigbo Amandianeze and Olasunmbo Olawale Winfunke, owners of Buzz Bar, a nightclub located on Adetokunbo Ademola Street, Victoria Island, Lagos, were arrested recently at No 2A and 2B Oniru Estate, Lagos.

Upon their arrest, four exotic cars, mobile devices, laptop computers, jewelry and wrist watches worth hundreds of millions were recovered from them.

Further investigations have also established nexus with other associates who are suspected to be in to computer-related fraud.

They will soon be charged to court.

Kaduna Abduction: 26 Students And A Teacher Have Been Rescued – Police