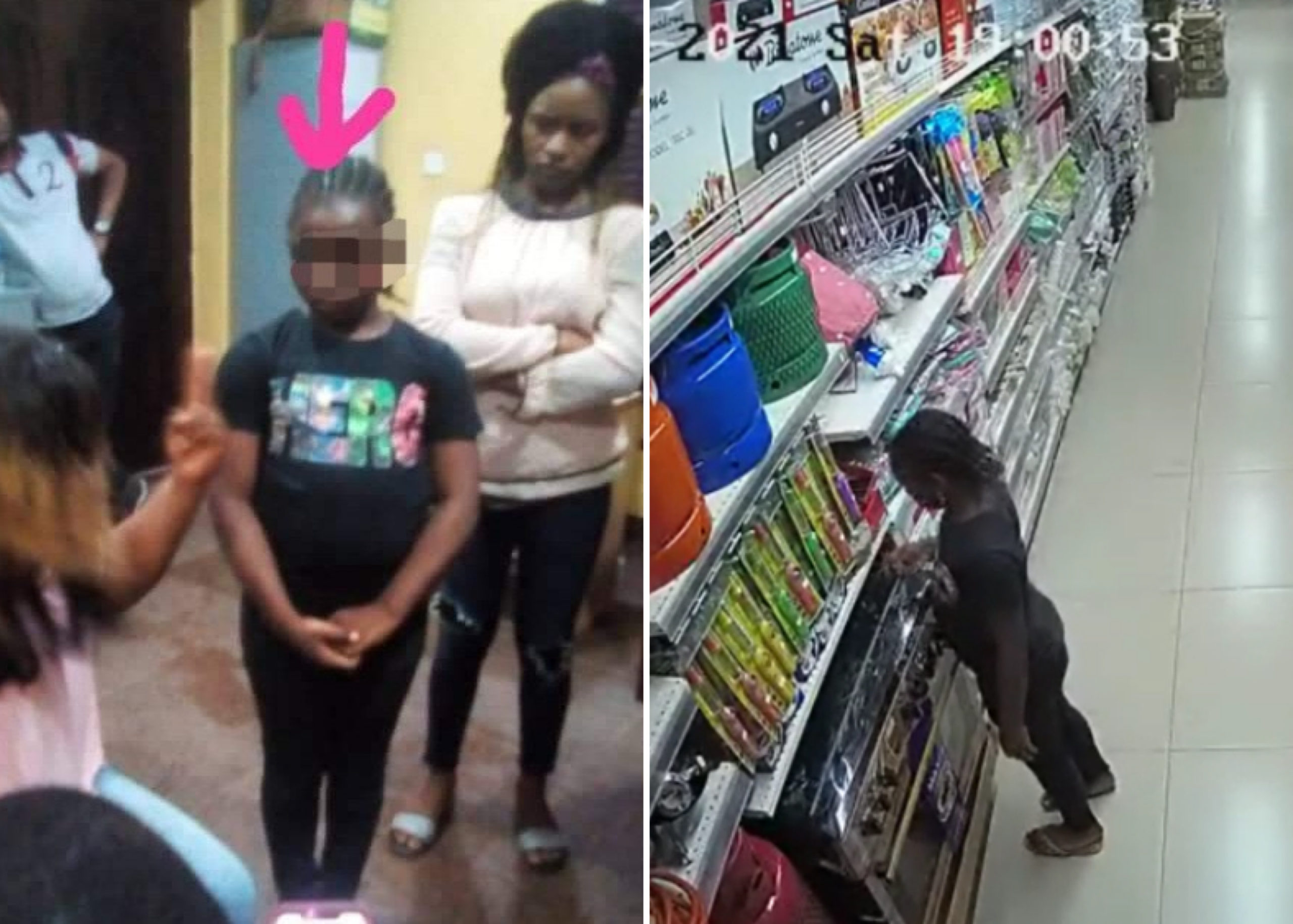 A 9-year-old girl has been identified as the person seen in a CCTV footage setting Ebeano supermarket on fire.

Earlier today, July 26, footage of a young lady starting a fire in the gas cylinder section of Ebeano supermarket in Lokogoma area of Abuja emerged.

The person, dressed in a black T-shirt and jeans, was captured in the CCTV footage setting on fire some goods arranged under cooking gas cylinders on a shelve while pretending to pick up an item. 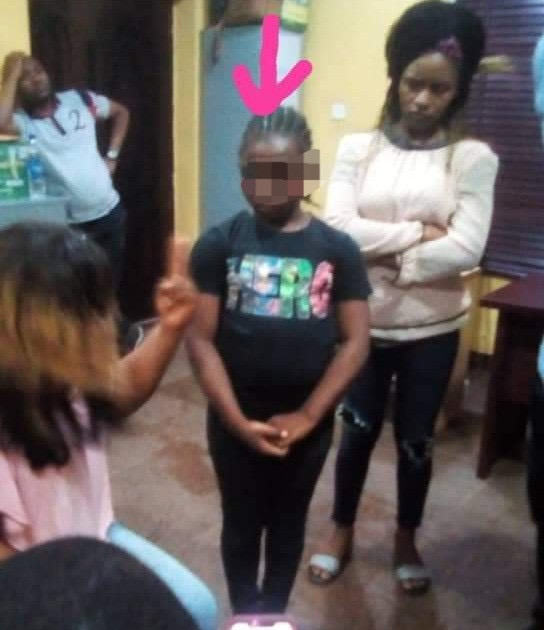 After allegedly perpetrating the crime which happened at around 7:00pm, she walked briskly away from the scene of the incident.

Her action led to the fire that razed the multi-million naira shopping mall all night and into the early hours of Saturday, July 17, and it was learnt that firefighters battled the fire until the next day.

The girl who started the fire has now been identified and taken in for questioning.

Footage of her being questioned for causing damage to goods worth N5 billion has emerged.

When asked who took her to the store, she said she was there with her mum but couldn’t give a cogent reason for setting fire to the store.

Watch a video of her being questioned below;

The Ebeano fire arsonist is alleged to have been a 9year old girl who went to the supermarket with her mum.

I don’t even understand how to start processing this… such destruction at such an age? pic.twitter.com/vVrfSyebY9

Concluding bit of the video pic.twitter.com/Jme4bUAndG

Princess Says She Did Not Authorise Release Of CCTV Footage…