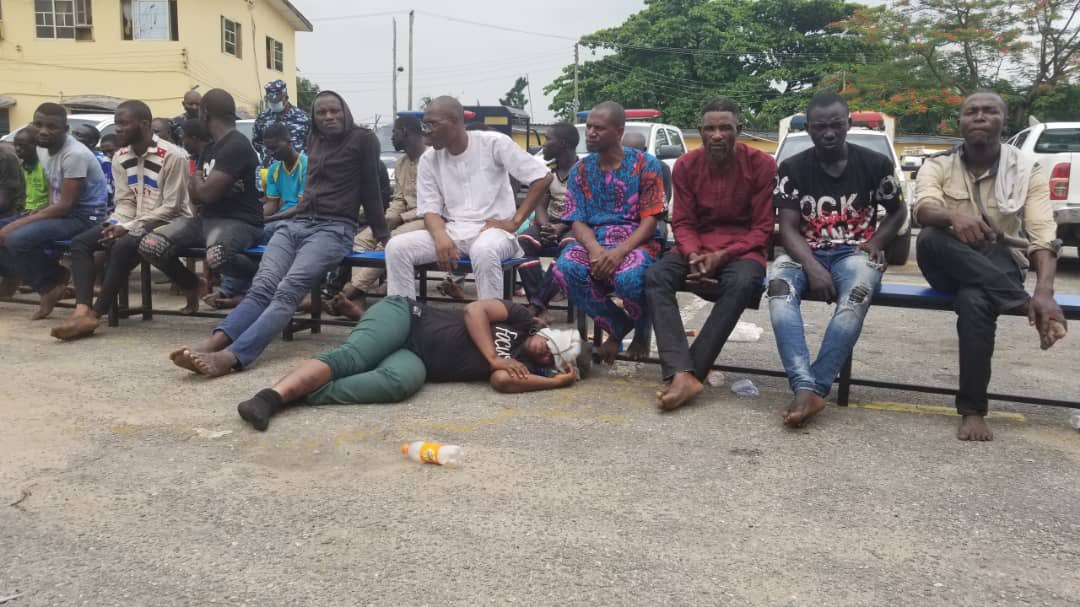 Lagos state police command has released 47 out of 48 protesters arrested during Yoruba Nation Rally held July 3, 2021, in the State have been released from detention.

According to ThePUNCH, they were released after meeting their bail conditions about a week after Magistrates’ Court in Yaba, Lagos State on July 19 granted bail to the Yoruba Nation agitators arrested in the state.

A motion for their bail application was filed by human rights lawyers led by Olasupo Ojo and Oladapo Kayode.

The court had ruled that one of their sureties must be a family member and the other a community leader or clergy with proof of tax payment.

This is to inform the general public that 47 out of the 48 protesters arrested by the Nigerian Police during the Yoruba Nation Rally held July 3rd, 2021 have been released from detention after meeting their bail conditions.

However, one of the protesters, Oba Tunde Bakare, was not released as Lagos State Police Command arraigned the Ogboni leader (traditionalist) for the murder of Jumoke Oyeleke, the salesgirl who was allegedly killed by a stray bullet during a rally in the state.

While others were admitted to bail, Bakare was remanded as he had additional charges of murder and unlawful possession of a firearm.

The charges reads in part;

That you, Tajudeen Bakare, and others now at large, on July 3, 2021, around 10am, at the Ojota area of Lagos, in the Lagos Magisterial District, did unlawfully kill one Jumoke Oyeleke, with a Beretta pistol in your possession during your unlawful assembly, thereby committing an offence punishable under Section 223 of the Criminal Law of Lagos State, 2015.