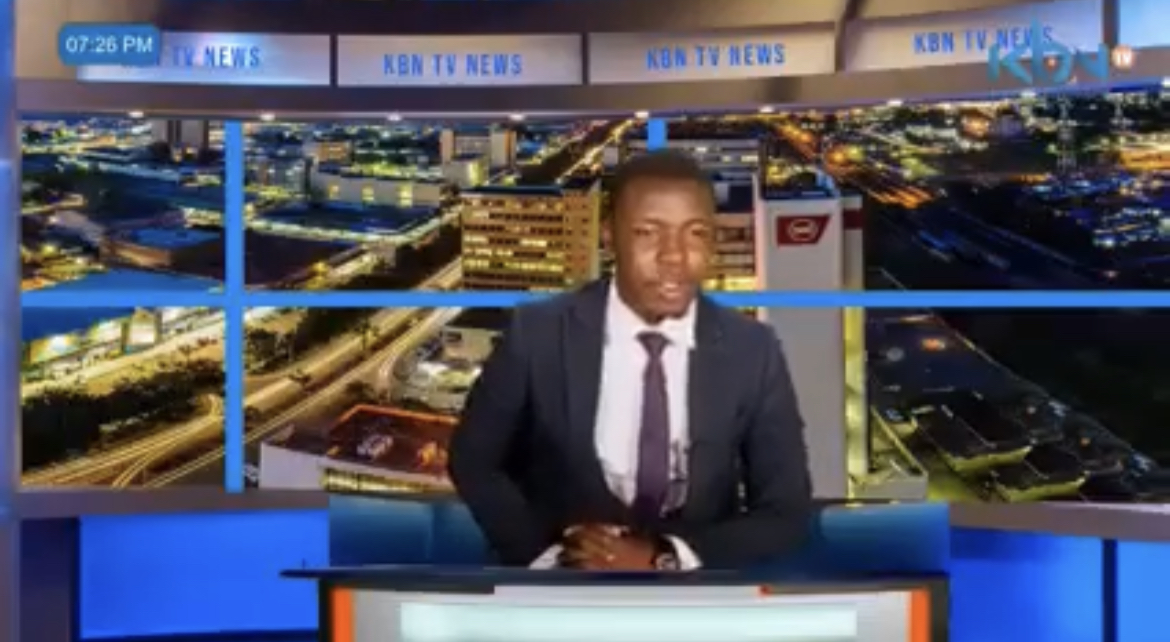 A video making rounds online has shown moment a Zambian journalist went off script and demanded for his salary and that of his colleagues during a live news report.

On Saturday, July 19, shortly after giving a roundup of the top stories during a live broadcast, the journalist identified as Kabinda Kalimina who works with KBN TV said;

However, he was cut off almost immediately.

After his live protest about alleged delayed salaries, Kalimina went live on his Facebook page where he insulted the television station’s owner, Kennedy Mambwe but deleted the post minutes later.

Reacting to this, management of the TV station alleged that Kalimina’s antics has brought the station into disrepute, accused him of exhibiting a “drunken behaviour”.

In the statement released by Kennedy Mambwe, owner and chief executive officer of KBN TV, management of the media house is investigating how Kalimina found himself on air on Saturday night.

Mambwe also said that anyone who had assisted Kalimina in his “outrageous stunt” would face disciplinary action.

As KBN TV, we are appalled with the drunken behaviour exhibited through a video clip that has gone viral on social media and staged by one of our part-time presenters during what should have been the main news bulletin last night. As a young television station, we work with a very highly talented and professional team, with a noble character and we owe the success of unbroken broadcasting for the last two years to such gallant men and women. Members of the public may wish to know that KBN TV like any other institution, has very well-established grievance procedures for all members of staff through which they can channel their complaints.

Therefore, last night’s behaviour by Kabinda Kalimina is out of character and does not represent who we are as a station. We strongly condemn that despicable behaviour and urge members of the public to treat that ‘One-Night stunt of Fame’ with the contempt it deserves.

As management, we are carrying out investigations to determine how a drunken part-time presenter found himself on air unabated and disciplinary action will be taken against anyone who may have been party to the scheme. 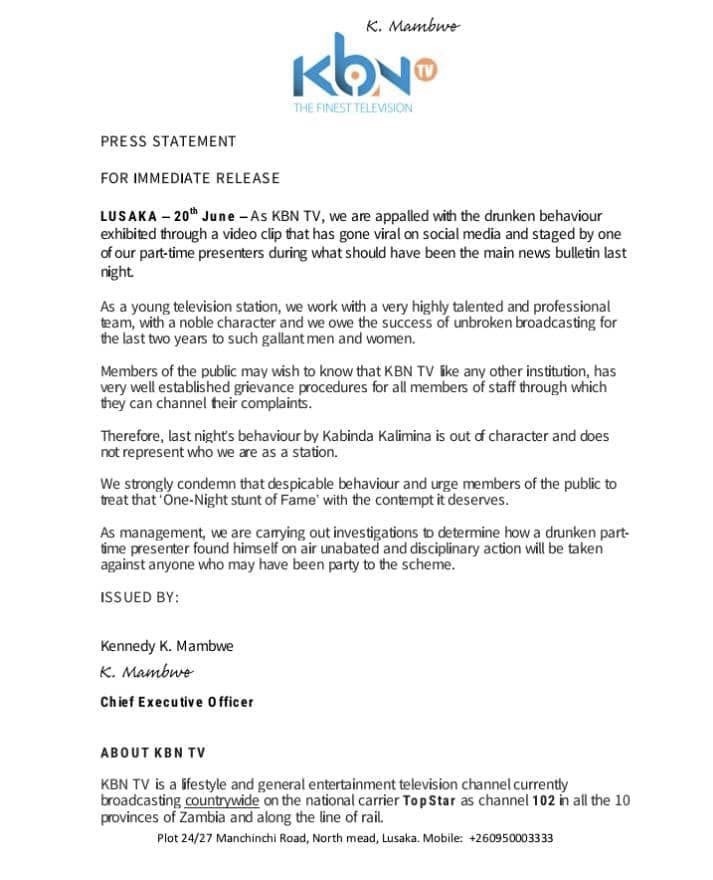