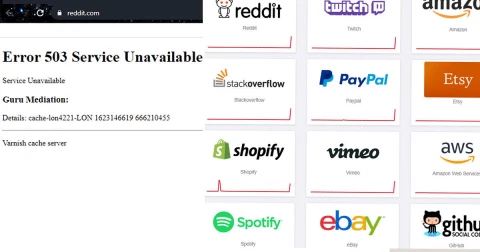 The American cloud computing service provider admitted it was facing issues just before 11am, with many websites linked to content delivery network (CDN) showing an ‘error 503’ message.

According to Al Jazeera, CNN and France’s Le Monde started showing error messages that appeared on the websites at around 10:00 GMT. Later on, Al Jazeera was also affected, then Amazon.com Inc’s retail website also seemed to face an outage.

Amid this, Fastly confirmed its facing an outage on its status website, saying;

Shortly after, some websites slowly began to come back online, during which San Francisco-headquartered Fastly on its status page said; “The issue has been identified and a fix is being implemented”.

An hour later, the issue seems to be resolved as affected websites and services now load normally.

Giving a situation report, Fastly wrote on its website;

Giving a reason for the outage, Fastly tweeted;

We identified a service configuration that triggered disruptions across our POPs globally and have disabled that configuration. Our global network is coming back online. Continued status is available at https://t.co/RIQWX0LWwl

Content delivery networks (CDNs) are a key part of the internet infrastructure. These companies run global networks of servers to improve performance and availability of web services.

Fastly helps improve load times for websites and provides other services to internet sites, apps and platforms — including a large global server network.