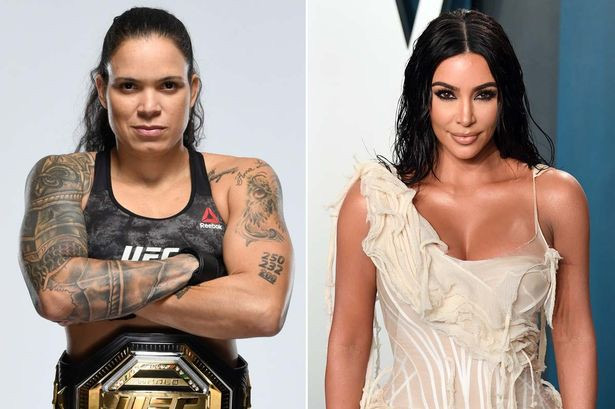 Nunes, who recently defeated Megan Anderson via first-round submission at UFC 259 to defend her women’s featherweight championship belt, called out Kardashian on Twitter on Tuesday.

The Lioness tweeted “Hey Kim Kardashian. Let’s do this? Lol,” accompanied by a photo of the two next to each other.

Widely considered the greatest female MMA fighter of all time, the Brazilian has defeated the likes of Ronda Rousey, Valentina Shevchenko, Cris Cyborg and Holly Holm and is currently riding a 12-fight win streak, last losing in 2014.

As at the time of filing this report, Kim Kardashian was yet to react to the challenge.