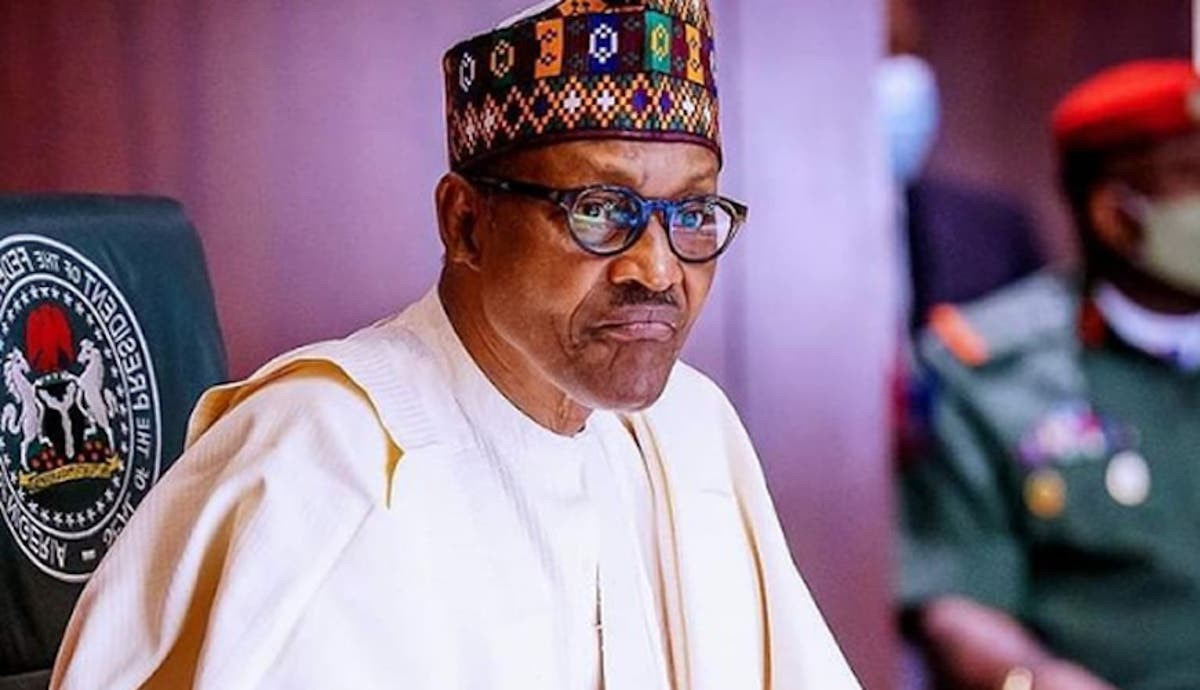 Twitter has on Wednesday, June 2 deleted President Muhammadu Buhari’s tweet wherein he threatened to treat Nigerians “misbehaving” in “the language they understand” – a statement many deemed to be a genocidal threat against people of Igbo-dominated South-East.

Recall that Buhari on Tuesday after a security briefing about the attacks on facilities of the Independent National Electoral Commission (INEC) in the South East, categorically threatened to deal with those who, according to him, want to destroy his government.

Via his Twitter handle, he said such individuals or groups will receive the shock of their lives as they will be treated in a language they will understand.

In one of the tweets, Buhari boasted about the role he played alongside other Nigerian military officers in the Nigerian Civil War of 1966-70, during which over three million Igbo civilians were killed, many of them rounded up and shot at close range or starved to death. 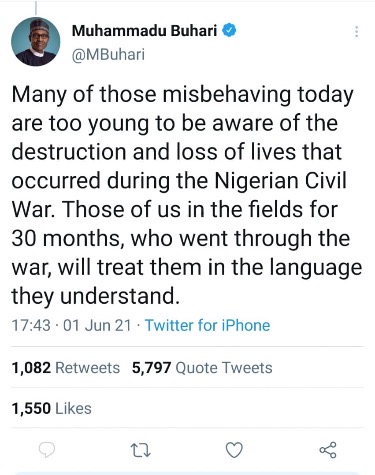 Those of us in the fields for 30 months, who went through the war, will treat them in the language they understand. We are going to be very hard sooner than later.

The President stated that Service Chiefs and the Inspector-General of Police have been changed, “and we will demand security from them.”

Following the development, Nigerians on social media took to Twitter to heavily criticise the President for making such threats towards a particular tribe.

Critics said his comments were an escalation of violence and a promotion of genocide rather than an attempt to curb the excesses of criminals rampaging across the South-East.

Read Also: ‘Stop Reminding Igbos Of How You Participated In Killing Of Over 3 Million Of Them’ – HURIWA Tells Buhari

While some slammed him for pleading with Fulani herdsmen and bandits who have killed and are still killing innocent Nigerians, others slammed him for threatening South East with another civil war that killed almost 3 million Igbos.

However, MDB gathered that the complaints were received by the management of Twitter and the comment by the President has now been deleted, saying the message violated its rules. 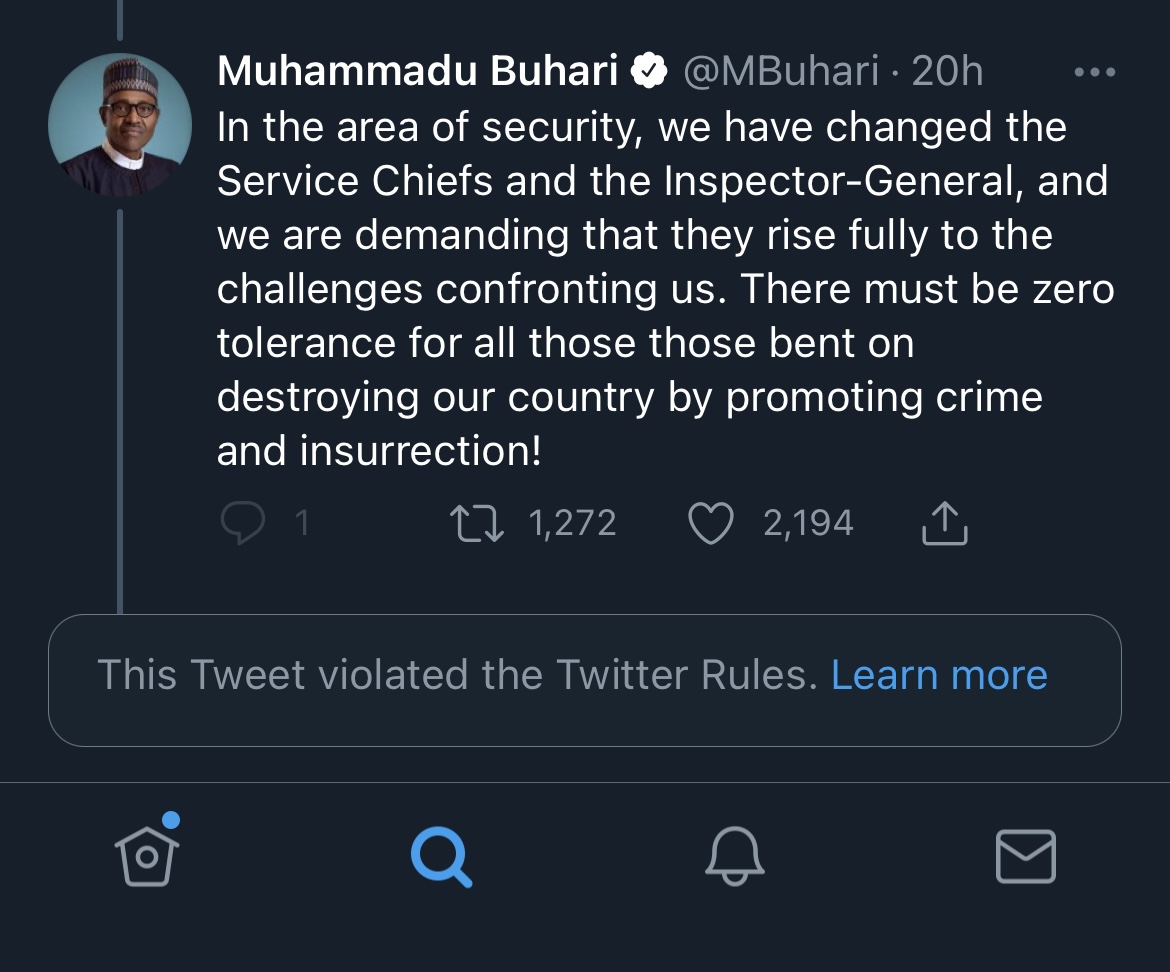 Also, the President may also be locked out of his account for 24 hours or receive a temporary suspension for the offensive tweet.