Nigerian music stars such as Tiwa Savage, Perruzi, Naira Marley, among others, have taken to social media to pay their last respect to Obama DMW, a close associate of popstar, Davido.

It was reported that he drove himself to the hospital for checkup over difficulties in breathing but later died in the hospital.

In a tribute posted on her verified Instagram page, iconic singer, Tiwa Savage stated that the whole 30BG squad was in a mess due to the death of Obama, saying that the crew members have been weeping due to his death.

Brave heart, strong heart, soft heart, kind heart, pure heart, peace maker, hot stepper, incoming politician, I know you’d want me to add “stylish” to this list but ummmm yeah lol (abi @mekkamillions @therealjaybreeze @traficbabz @elizabeth_elohor @tiwaayankoya make I add am?)
SOMEONE SAID THEY TRIED TO RUIN YOUR REPUTATION BUT YOU SAVED THEIRS BY NOT TELLING YOUR STORY
I’ve never met anyone as brave/strong as you who was also as soft and kind as you. I don’t know why my cheesy jokes always made you laugh, you were ready to take a bullet for your loved ones
44 my black president, you chilling now, resting well, away from this cruel world
All your boys are a wreck, I’m sure you see them all crying like babies. You better tell them to be strong men
I’m allowed to cry, I’m a girl so don’t try to console me, I won’t listen to you anyway
I really don’t know what you were trying to prove sha, by leaving like this. It is so unlike you. This isn’t the end, that thing you and I always talked about. I PROMISE I WILL DO IT and you will be proud. We are only burying your body today cause your beautiful spirit can never be contained in that sand and don’t worry we got @manlikeabdul_omw [Obama DMW’s son]. He must finish university or imma whoop his behind
I LOVE YOU, WE LOVE YOU HABEEB. Till we meet again KING. [sic]

Also, Peruzzi, a close friend of the deceased, is still in shock that his pal is dead.

Sharing a video of some hilarious moments he had with the deceased via his verified Instagram page, Peruzzi wrote, “You had the answers to all my questions about life. This one hits different. Love you forever.”

On his part, Naira Marley via his Instagram story expressed how heartbroken he is by sharing a photo of Obama with the caption; 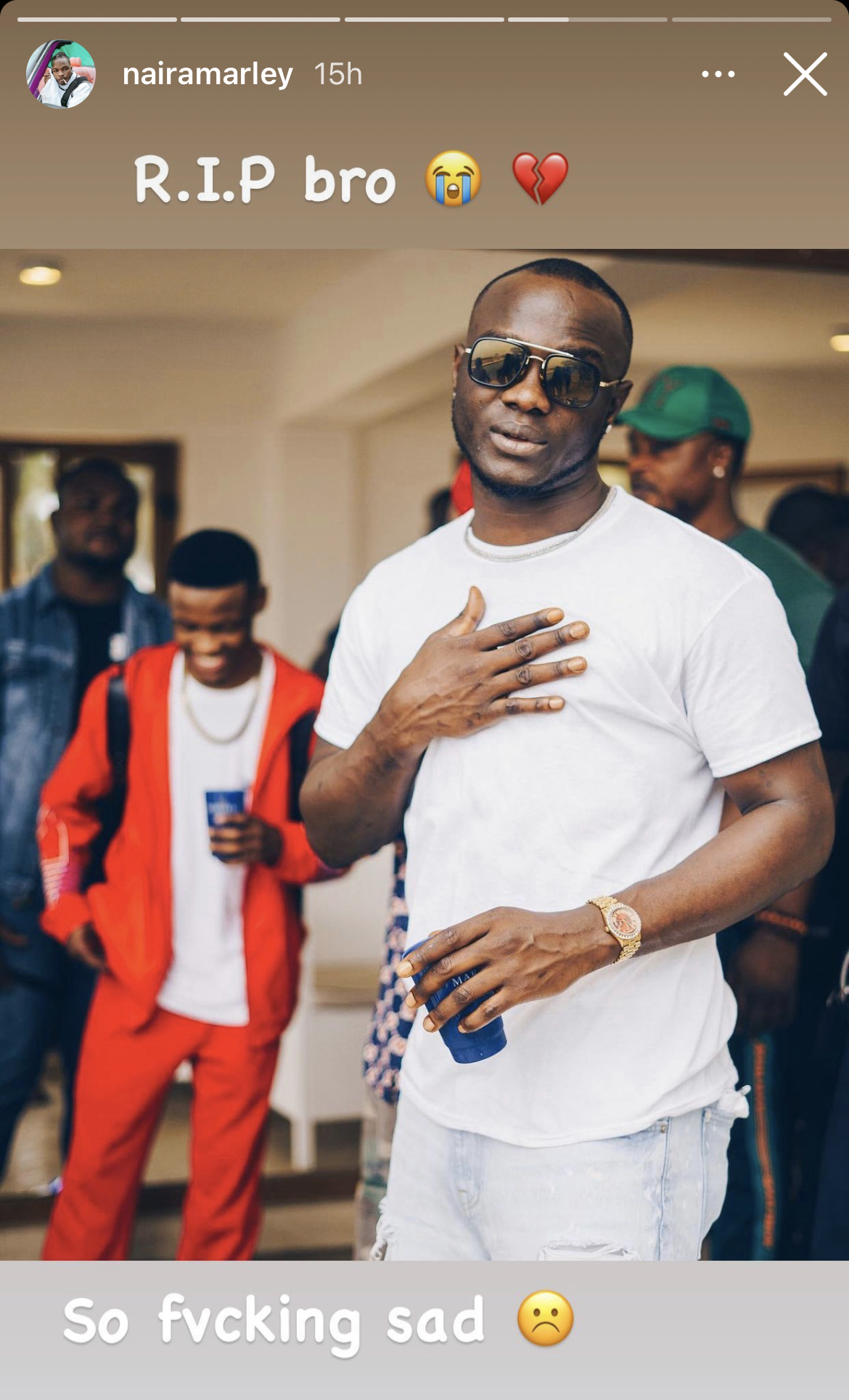 Music executive, Soso Soberekon, via his verified Instagram account, posted several pictures of himself and Obama who was fondly referred to as 44.

He stated that they had been friends for two decades as he wrote;

44 forever OBAMA. My friend. My Brother. From our Rita Lori days almost 20 years ago to 30bg you kept it real with me. We lost a Soulja. [sic]

Popstar, Mayorkun, also took to his Instagram story to post heartbreak emojis without words to show that he is grieving at the moment. 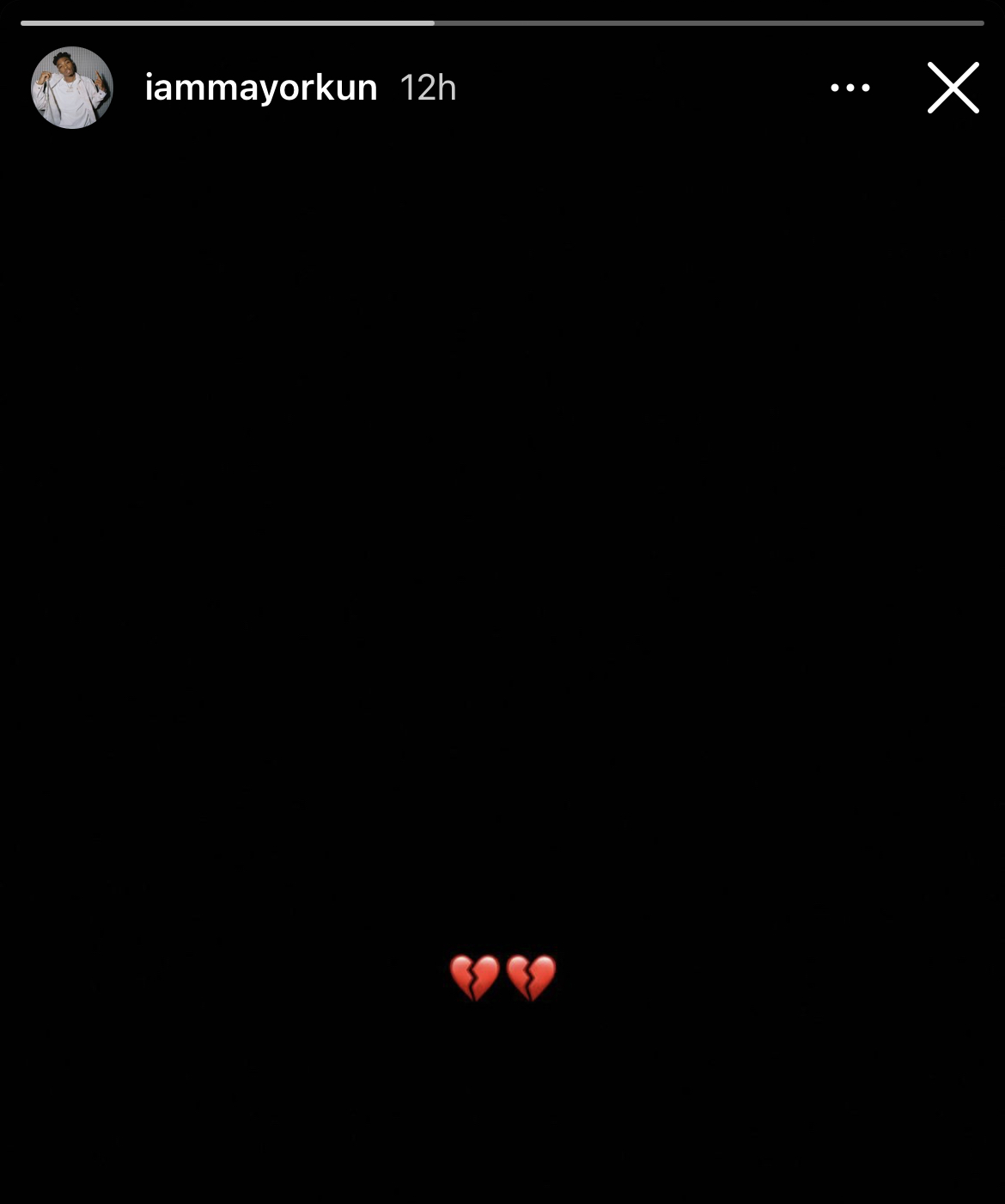 This one hurt. The kindest most loving person I met in a long time. Definition of sheep in wolfs clothings. Habib cared for all and was loyal to the core. If you didn’t experience him personally, words won’t do it justice.
I really wouldn’t have believed it if I didn’t see you finally.
God knows best. You will be missed, @traficbabz will behave don’t worry. We are going to love you the same way he loved us @manlikeabdul_omw
May your gentle soul rest in perfect peace Habib uthman ,Obama ,44. [sic]

Although Davido was yet to react to the news, reports claim that the singer is in a gloomy state and is currently mourning his close friend and associate, Obama DMW.