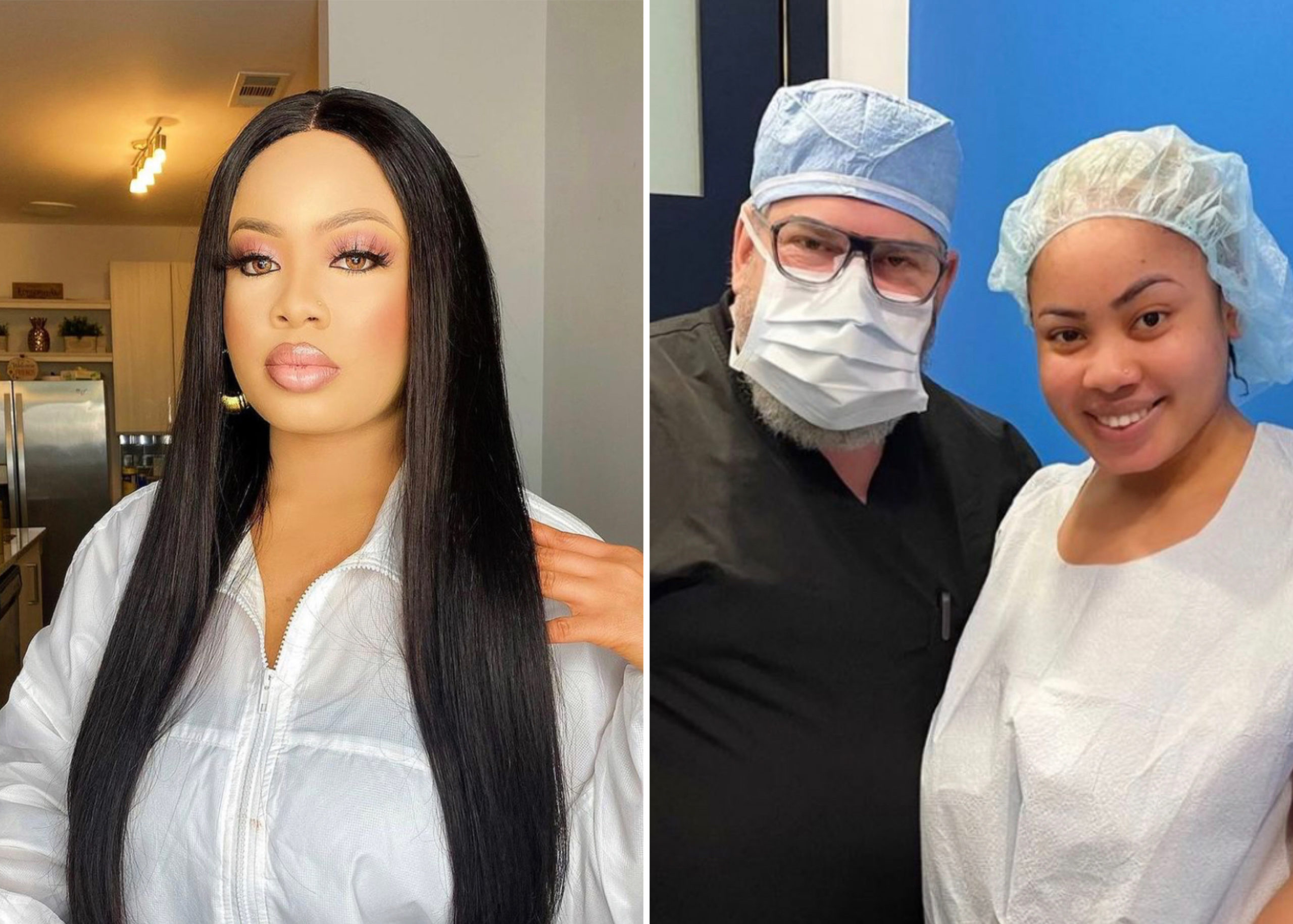 The reality TV star and mother of one took to her Instagram Stories on Sunday, June 20, 2021, where she shared a photo of herself and the cosmetic surgeon.

In another video, reality TV star, Abiri Oluwabusayomi popularly known as Khloe, who has also gone under the knife, praised Nina’s new body, speaking in particular about her derrière.

Fola Alade, Architect Behind 1004 Estate, TBS And Others Dies At 87