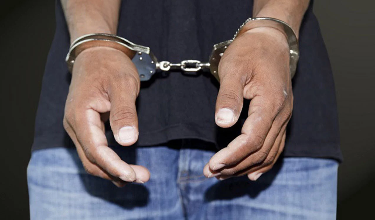 A statement by the spokesman of the state NSCDC, Babawale Zaid Afolabi in Ilorin on Thursday, said the father of the 7-year-old minor, noticed the girl could not walk properly and saw traces of blood.

He watched keenly seeing her using pieces of cloth to pack herself, which she must have seen and copied from her mother when she is on her period.

Halimat, could not talk due to the threat that if she tells anyone, she will be killed.

Isiaq Mubarak, according to the spokesman, pleaded guilty, stating that he did not know what came over him to commit the atrocity.

Halimat, has been taken to a government hospital for proper medical examination, while the suspect was charged to court on Thursday.