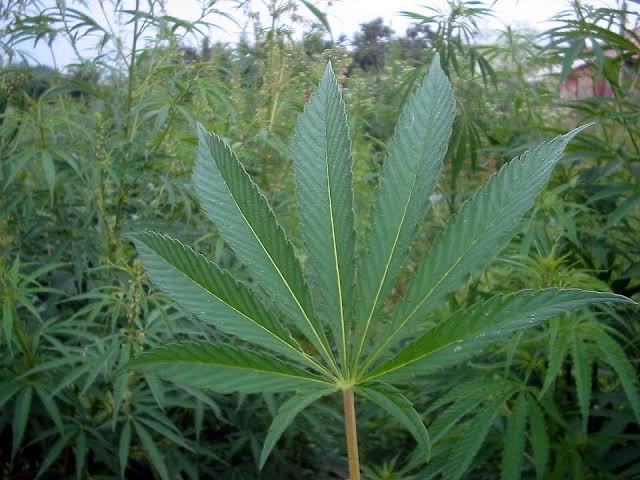 Chairman of National Drug Law Enforcement Agency (NDLEA), Mohammed Marwa has opposed demands for the legalisation of cannabis in Nigeria.

Marwa said the nation cannot afford to mortgage the lives of the citizens for financial gains by legalising cannabis.

He stated this on Monday, in response to earlier calls by Ondo State governor, Rotimi Akeredolu for the legalisation of cultivation of Cannabis Sativa in the country.

While addressing journalists in Abuja, the nation’s capital ahead of the 2021 World Drug Day, Marwa noted that it is not acceptable to NDLEA and that the agency will continue to burn down marijuana farms and prosecute whoever is caught doing the business.

He, therefore, said such calls by the Ondo State Governor and some legislators must be resisted at all cost.

The NDLEA Chairman also reiterated his suggestion to have politicians subjected to drug testing before they are allowed to contest for elective positions.

According to him, this has become necessary to ensure that only sane persons are allowed to lead the country in whatever capacity.

Students and intending couples should also be subjected to drug tests, he said.

Meanwhile, the Country Representative of United Nations Office on Drugs and Crime (UNODC), Oliver Stolpe expressed that there are at least three million Nigerians struggling with drug-abuse-related habits.

According to him recent research by UNODC has shown a steady rise in abuse of drugs and that cannabis is the most abused substance in Nigeria.

He explained that most of those engaged in the use of illicit substances in Nigeria fall within the age bracket of 25-35 years of age.

Rotimi Akeredolu has constantly supported calls for legalisation of Cannabis Sativa urging the Federal Government to jettison traditional orientation and “archaic” sentiment that states that cannabis is a ‘devil’s plant’.

The governor, who is also a Senior Advocate of Nigeria, believes the medical and economic merits of the use of cannabis outweigh its demerits and the Federal Government needs to give legal backing to cannabis to enable its use in Nigeria.

“Cannabis is a multi-billion naira industry that can help diversify the Nigerian Economy if judiciously utilised,” Akeredolu said at a stakeholder meeting earlier in June this year.