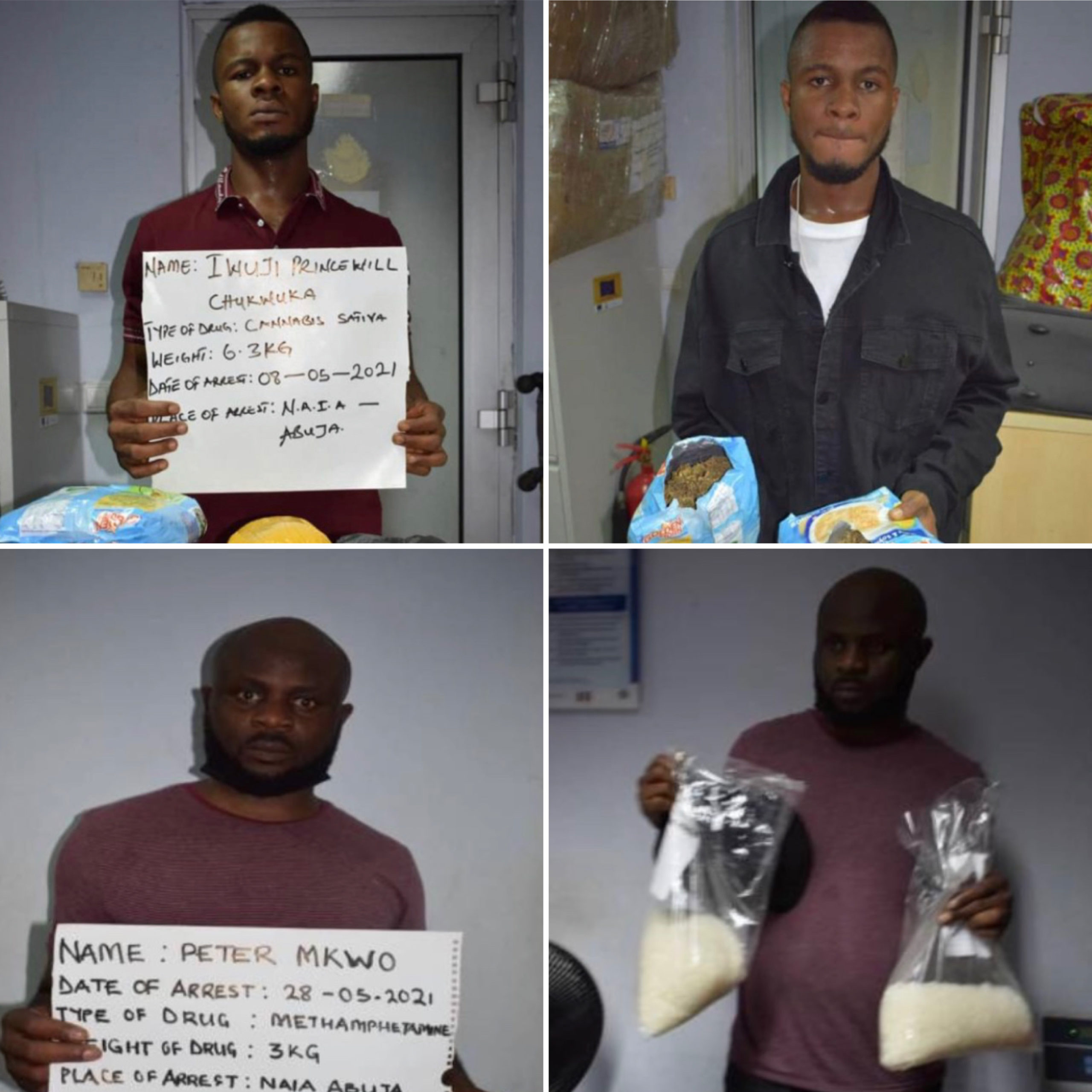 NDLEA Director Media and Advocacy, Mr Femi Babafemi disclosed this in a statement made available to News Agency of Nigeria (NAN) on Tuesday in Abuja.

Babafemi said that the suspects, Iwuyi Princewill Chukwuka and Peter Mkwo were to export nine kilogrammes of skunk and methamphetamine from NAIA to Turkey and Belgium respectively.

He said that Mkwo, 37, was arrested on May 28, while trying to board an Ethiopian Airline 910 enroute Abuja-Addis Ababa-Brussels, Belgium. 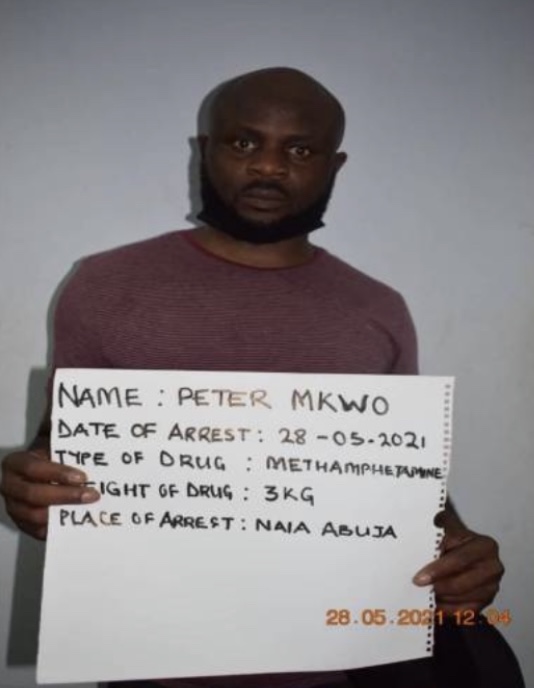 The spokesperson said that upon searching, three kilogrammes of methamphetamine was discovered stuffed in the lining of a false bottom of his luggage.

Under interrogation, Mkwo claimed he has lived in Belgium for 15 years and worked as a forklift driver in an automobile company, where he earned 1,700 Euro per month.

He said he came into Nigeria on April 26 for the burial of his father who died in August, 2019 but buried on April 30, in Awka, Anambra State.

He said that after spending two weeks in Awka, he travelled to Uyo for another week to see his sister and later to Lagos to see his girlfriend.

Mkwo claimed that he lodged in a hotel at Amuwo Odofin in Lagos state where he met two men while hanging at the bar by the hotel’s swimming pool where they made a proposal to him to carry the drug for onward delivery to Belgium. 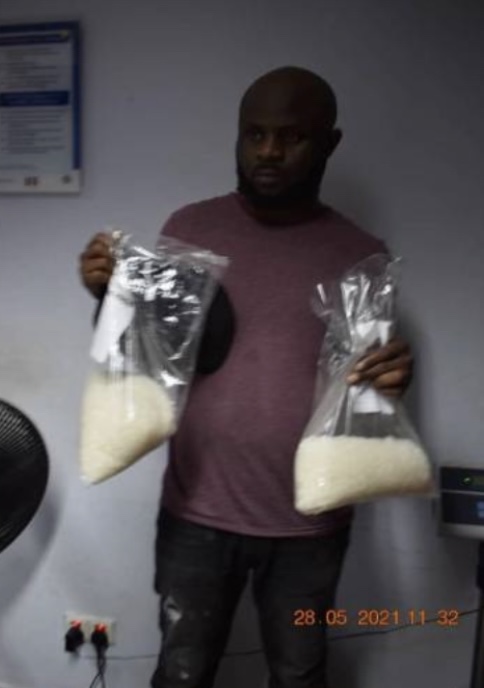 He said that the bag containing the drug was brought to him in the hotel by the two men on Friday, May 28, before he took off to Abuja where he was to take his flight to Brussels.

He said he was promised (£3,000) on successful delivery to one Ishmael, in Belgium. He claimed he accepted the offer to deliver the drug to raise some funds to pay back the money he borrowed from friends during the burial of his father.

In the same vein, Babafemi said that 23-year-old Chukwuka was arrested with 6.3kg skunk concealed in crayfish. 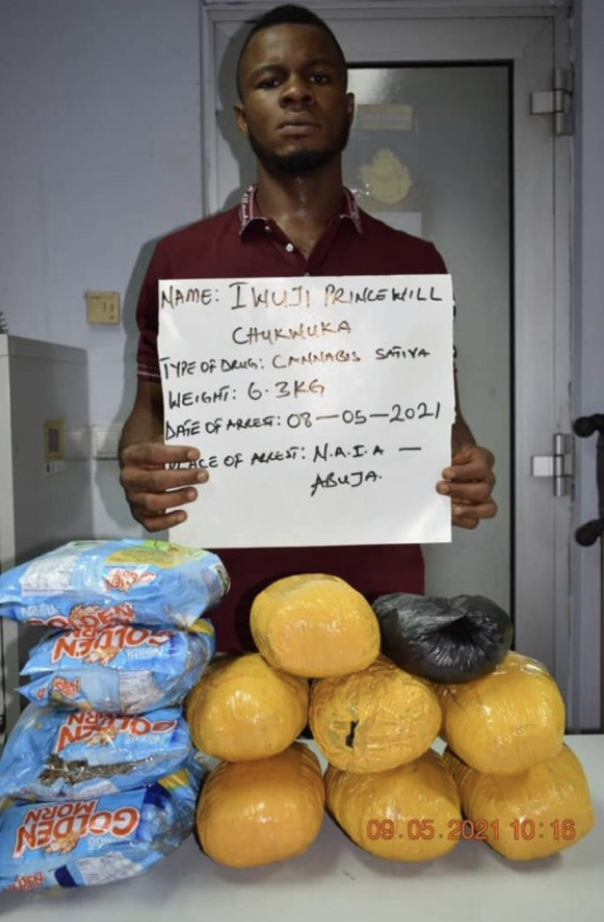 He stated that it was stuffed inside Golden Morn packs during an outward clearance of Turkish airline flight at the departure hall of the Abuja airport.

During interrogation, he claimed he was travelling for a Diploma study in Tourism and Hotel Management at the University of Mediterranean, Karpasia, North Cyprus.

In a related development, a 27-year-old graduate of accountancy, Bayero University, Kano (BUK), Zakaru Baba has been arrested at the local wing of Malam Aminu Kano International Airport, (MAKIA), Kano with six kilogrammes of cannabis sativa. 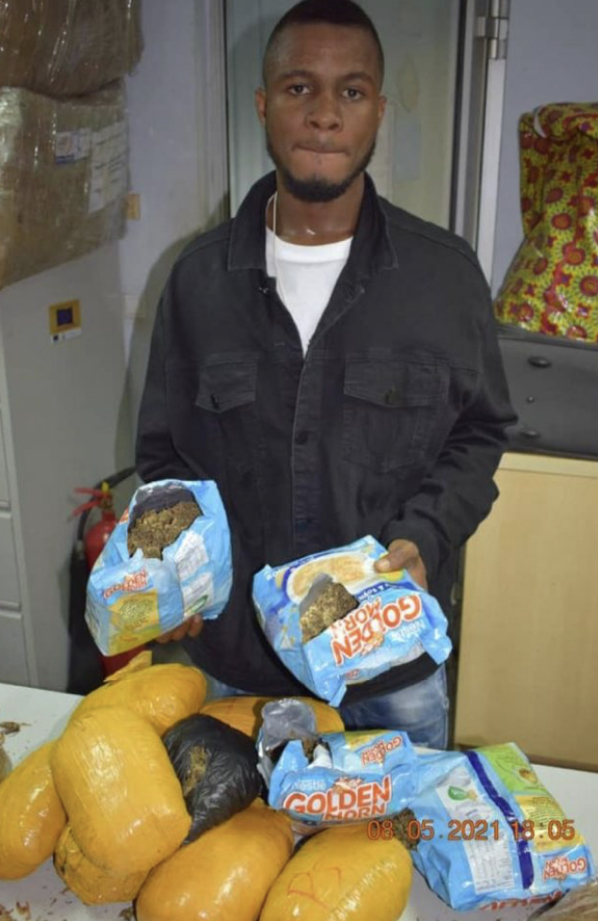 Babafemi said that the consignment was flown from Lagos to Kano on May 29 via Max Air, saying the suspect, who turned up to claim the packaged drug, was arrested and had since confessed ownership of the exhibit.

This is the first time the command has apprehended a suspect via the domestic wing of the airport, as most arrests and seizures are usually made at the international wing.

Babafemi quoted the Chairman, NDLEA, retired, Brig. Gen. Buba Marwa as commending NAIA Commander, Kabir Tsakuwa, and his MAKIA counterpart, Mohammed Ajiya, as well as the officers and men of the two commands for their vigilance.

He commended their commitments to the task of ridding the country of illicit substances and charged them not to rest on their oars as the agency intensified the war against drug abuse and trafficking in Nigeria.