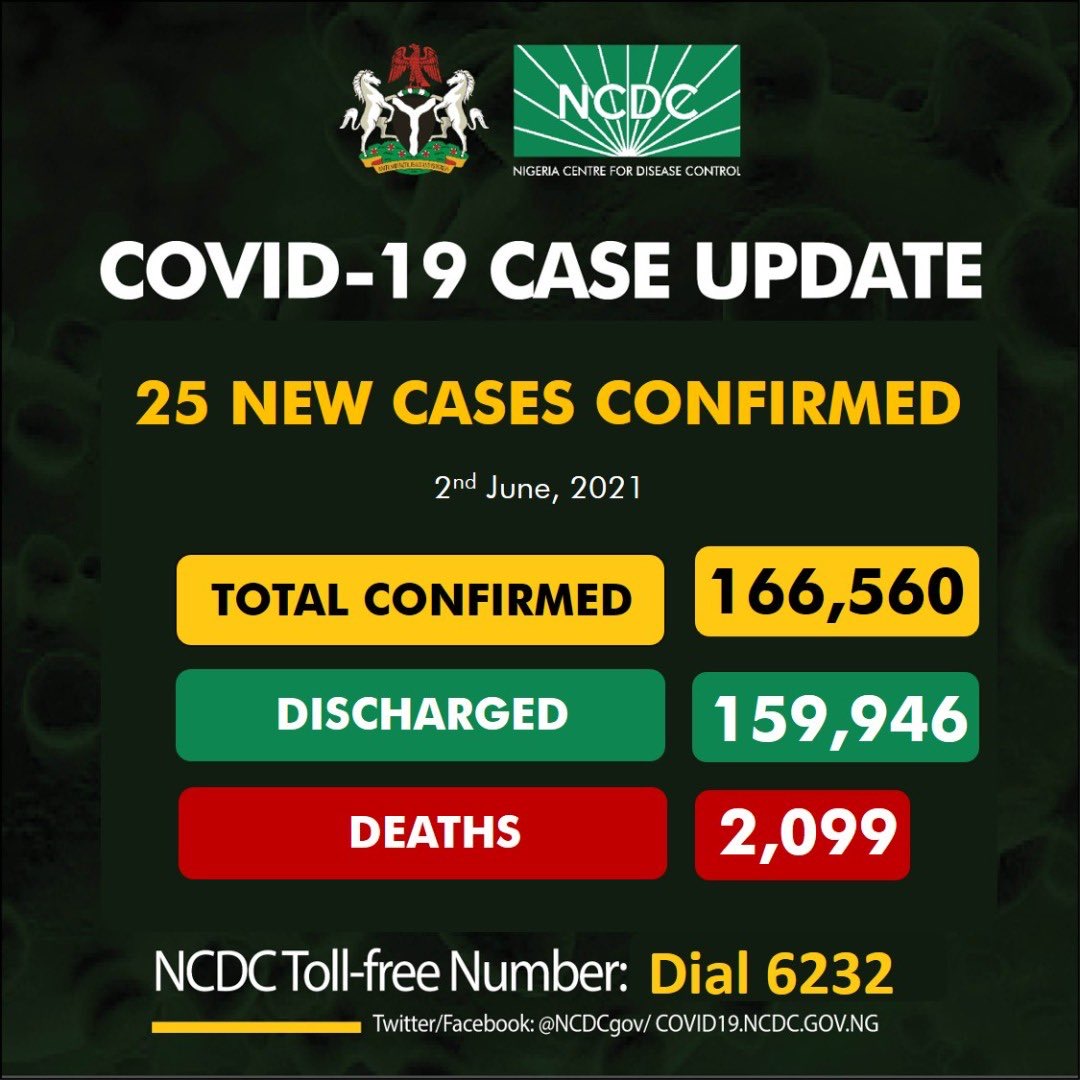 NCDC made this known via its official Twitter handle late Wednesday, saying 10 were found in Lagos, 9 in Taraba, 3 in Kaduna, 2 in Rivers, and 1 in Kwara.

Wednesday’s figure brings the total number of confirmed coronavirus cases in the country to 166,560.

NCDC, however, said: “Today’s report includes a backlog of data from Taraba state from 21st March, 2021 to date”.

Today’s report includes a backlog of data from Taraba State from 21st March, 2021 to date.

A breakdown of cases by state can be found via https://t.co/zQrpNeOfet pic.twitter.com/oyQ0c0fLIN

The public health institute said that with 39,818 tests processed across the nation in one week, the country had now conducted a total of 2,133,061 tests since the first case relating to the disease was announced in 2020.

The agency also reported no COVID-19-related deaths in the previous 24-hour period. Thus, the total number of fatalities remains 2,099.

NCDC added that 11 people had been successfully treated and discharged from isolation centres across the country in the past 24 hours, bringing Nigeria’s number of recovery up to 159,946.

According to the agency, a multi-sectoral national emergency operations centre (EOC), activated at Level 2, continues to coordinate the national response activities.