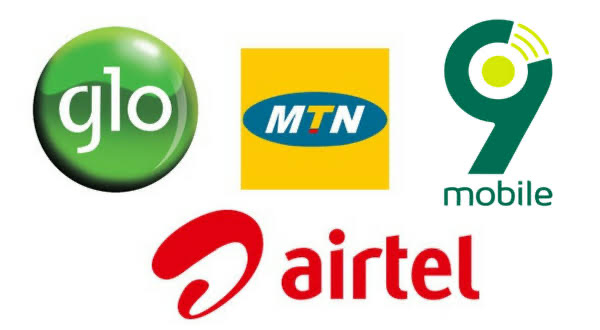 Telecommunications companies in Nigeria including MTN, Airtel, Glo and 9Mobile have been directed to block access to popular microblogging site, Twitter.

The telcos said they received a directive from Nigerian Communications Commission (NCC) to block access to Twitter in the country following the suspension by Federal Government on Friday.

We, The Association of Licensed Telecommunication Operators of Nigeria wish to confirm that our members have received formal instructions from the Nigerian Communications Commission, the industry regulator to suspend access to Twitter.

ALTON has conducted a robust assessment of the directive in accordance with internationally accepted principles.

We will continue to engage all the relevant authorities and stakeholders and will act as may be further directed by the NCC. We remain committed to supporting the government of the Federal Republic of Nigeria and upholding the rights of citizens.

As an industry, we endorse the position of the United Nations that the rights held by people offline must also be protected online. This includes respecting and protecting the rights of all people to communicate, to share information freely and responsibly, and to enjoy privacy and security regarding their data and their use of digital communications. 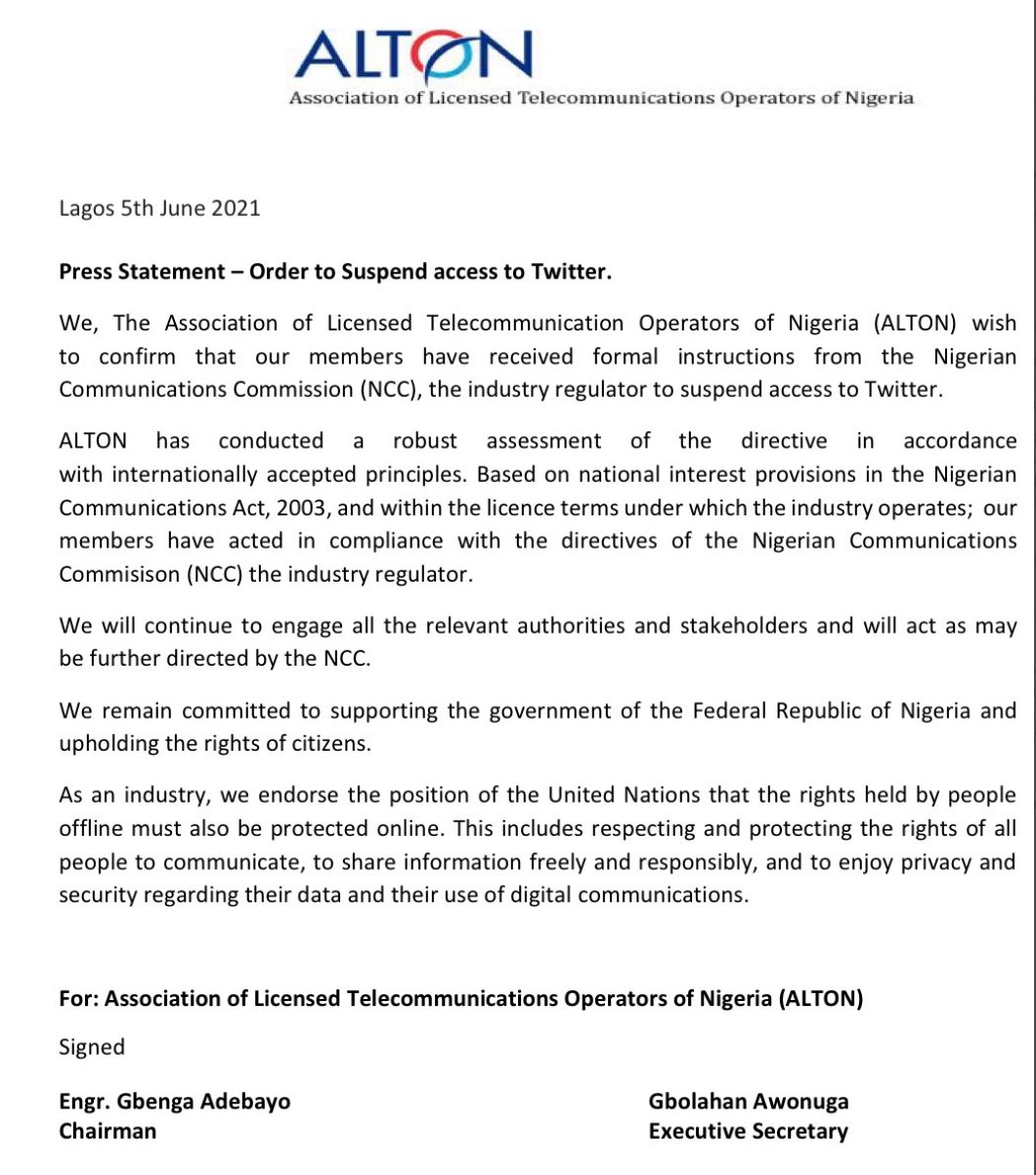 Following this, some Nigerians woke up on Saturday encountering difficulty in accessing their Twitter handles while some navigated the hurdle using Virtual Private Networks (VPNs).

Consequently, Minister of Information and Culture, Lai Mohammed, who had accused Twitter of double standards, announced the suspension of the microblogging site on Friday, citing the “persistent use of the platform for activities that are capable of undermining Nigeria’s corporate existence”.

As a result of this directive to telcos, millions of Nigerians would be affected by the restriction. As at January 2021, about 33 million active social media users was recorded.

WhatsApp is the most popular platform used in the country, with over 90 million users according to Statista.