‘If I Am kidnapped, Don’t Pay Ransom’ – El-Rufai’s Wife, Asia 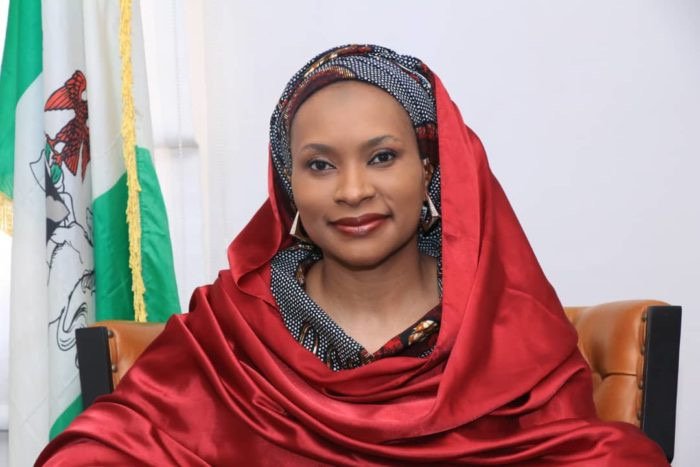 Hajia Asia El-Rufai, wife of Governor Nasir El-Rufai of Kaduna state, has said that there should be no payment of ransom should she ever be kidnapped.

Asia, who addressed participants of a peace and security training organized for Kaduna women by Equal Access International (EAI) on Wednesday June 9, stated that Nigerians must sacrifice to end banditry and kidnapping.

She also said that she is ready to die in the hands of kidnappers if it will bring peace to the country.

We must sacrifice to bring this to an end. I am ready to die in the hands of kidnappers if it will bring peace to this country.

For as long as you continue to pay ransome, it is like you are adding kerosene to fire. you are giving bandits, kidnappers money for ammunition to continue to haunt you. We should not pay ransome. this is my personal opinion.

I have said it before and I will say it again, if I am kidnapped don’t pay any ransom. rather pray for me that if it is death, I go in a good way and if I am going to be released that I am not violated.

As long as we are giving them the money and they hurt people around, they will not change. Collectively as a country we have to say no, we can not continue to give them our hard earned money to buy weapons and drugs to kill and maim our children. If we don’t put a stop to this, they will destroy us all. They will even kidnap the person that takes the ransom to them.

You will see that some of them you even give the ransom and they still kill the person, so you have lost twice.

On communal clashes in parts of Kaduna State, Hajia Asia told the women drawn from Chikun, Kajuru and Jama’a local government areas to shun divisive narratives created by selfish politicians and work for the unity of the State.

Her husband is known for strictly upholding the ‘No Ransom, No Negotiation’ policy, as back in April he said the kidnappers resorted to killing of victims as part of their efforts to compel his government to ditch its policy.

El-Rufai added the fact that criminals seek to hold the state by the jugular does not mean it should surrender and create an incentive for more crime.

He made the statement amid the kidnap of students from two institutions – Federal College of Forestry Mechanisation and Greenfield University, where five of the kidnap victims were killed, before the rest of the victims were released.