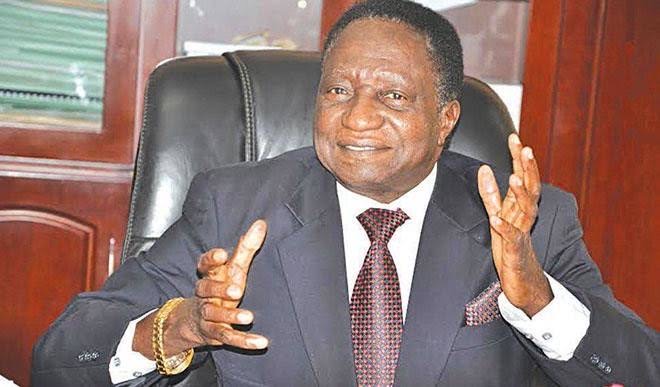 It would be recalled that Ojerinde was arrested on March 15 in Abuja by operatives of ICPC and he has been detained for questioning over multiple frauds he allegedly committed while heading JAMB and National Examination Council (NECO), ICPC spokesperson, Azuka Ogugua, disclosed.

Ojerinde was detained by the Commission for questioning over allegations of multiple identities, abuse of office, money laundering, tax evasion, and making false statements to public officials.

The former JAMB boss is also being questioned by the commission for allegedly awarding fraudulent contracts to shell companies which cannot be traced.

Ojerinde was also said to have awarded contracts for the supply of pencils and erasers at the cost of N450 million each, to companies identified as Double 07 Concept Limited and Pristine Global Concept Limited, respectively between 2013 and 2014.

ICPC says that despite the huge sums of money allocated to these contracts, there is no evidence to show that the items which are examination materials were supplied as the contractors are seemingly non-existent.

He was alleged to have awarded contracts for the supply of pencil and eraser at the cost of N450 million each, to Double 07 Concept Limited and Pristine Global Concept Limited, respectively, between 2013 and 2014 while heading JAMB.

There is no evidence to show that the items which are examination materials were supplied as the contractors cannot be found.

Similar contracts were allegedly awarded to Solid Figures Limited, Holywalk Limited and other companies for various sums without any trace of executions.

In latest development according to PulseNG, Justice Obiora Egwuatu fixed his trial date on Monday, after counsel to ICPC, Ebenezer Shogunle, disagreed with the terms of the plea bargain application the defence counsel, P.A.O. Olorunnisola (SAN) planned to file before the court.

In suit number: CR/97/21 filed before the court, Ojerinde is the sole defendant.

When the matter was called for arraignment, the defendant’s counsel, Olorunnisola, told the court that arrangements were being made for a plea bargain.

NAN reports that a plea bargain is an arrangement between prosecutor and defendant whereby the defendant pleads guilty to a lesser charge in exchange for a more lenient sentence or an agreement to drop other charges.

However, Shogunle, who had already been served with a copy of the process, disagreed with Olorunnisola’s submission, saying the commission was not in agreement with the terms in the application.

Citing an authority to back his submission, the senior lawyer argued that the application for a plea bargain before arraignment was in conformity with the provisions of the law.

Justice Egwuatu held that since the prosecution was not in agreement with the terms put forward by the defence, a written correspondence should be filed to the effect.

The judge then adjourned the matter until July 6 for arraignment.