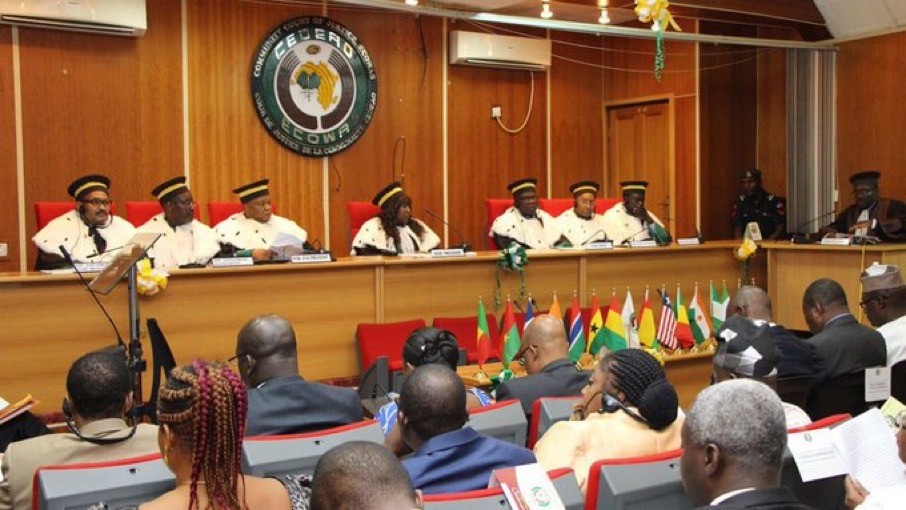 ECOWAS Court of Justice in Abuja has in a landmark ruling on Tuesday temporarily restrained the Federal Government from unlawfully imposing sanctions or harass Nigerians and social media providers and media houses who are using Twitter.

The ruling followed the suit filed against the government by Socio-Economic Rights and Accountability Project (SERAP) and 176 concerned Nigerians arguing that “the unlawful suspension of Twitter in Nigeria, criminalization of Nigerians and other people using Twitter have escalated repression of human rights and unlawfully restricted the rights of Nigerians and other people to freedom of expression, access to information, and media freedom in the country.”

The court gave the order after hearing arguments from solicitor to SERAP, Femi Falana, and lawyer to the government Maimuna Shiru.

The court has listened very well to the objection by Nigeria. The court has this to say. Any interference with Twitter is viewed as inference with human rights, and that will violate human rights. Therefore, this court has jurisdiction to hear the case. The court also hereby orders that the application be heard expeditiously. The Nigerian government must take immediate steps to implement the order.

Restrained the government of President Muhammadu Buhari and its agents from unlawfully imposing sanctions or doing anything whatsoever to harass, intimidate, arrest or prosecute Twitter and/or any other social media service provider(s), media houses, radio and television broadcast stations, the Plaintiffs and other Nigerians who are Twitter users, pending the hearing and determination of this suit.

The intervention of the ECOWAS Court is a timely relief for millions of Nigerians using Twitter who have been threatened with prosecution under the provision of the Penal Code relating to sedition.

Contrary to the assurance credited to the Attorney General of the Federation and Minister of Justice Mr Abubakar Malami, SAN that violators of the Twitter would not be prosecuted, the Federal Government filed processes in the ECOWAS Court threatening to prosecute Nigerians using Twitter for violating the suspension under the provisions of the Penal Code relating to sedition.

It is extremely embarrassing that the Federal Government could threaten to jail Nigerians for sedition, which was annulled by the Court of Appeal in 1983, in the case of Arthur Nwankwo vs The State.

The suit and the ruling followed the suspension of Twitter by the Minister of Information and Culture, Lai Mohammed after the social media giant was banned in the country for deleting President Muhammadu Buhari’s tweet.

The substantive suit has been adjourned to July 6 for hearing.