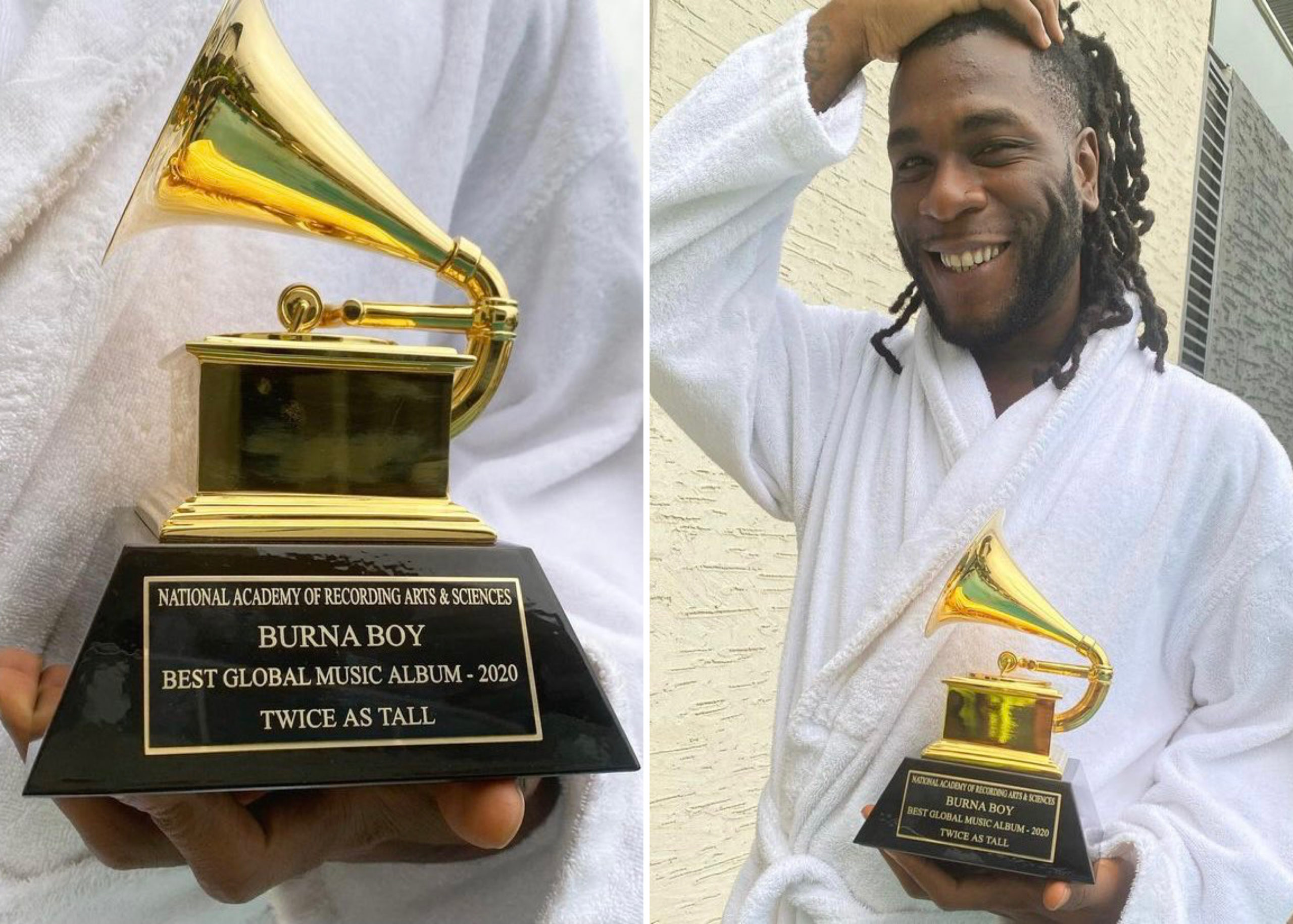 It would be recalled that the singer made history during 63rd Grammys in March, much to the anticipation of many Nigerians.

Burna Boy broke record by becoming the first Nigerian-based artiste to independently win a Grammy and under the category “Best Global Music Album” for his 2020 album ‘Twice as Tall’.

He took to his Instagram on June 10, 2021, to share photos of his plaque accompanied by a video clip of himself and long time producer, Leriq in the studio.

Early Morning deliveries from across the pond! My parents prayed for excellent children, not houses, cars or “things”. They asked my sisters for stellar degrees; one got a first class in Finance, the other got a Distinction in Engineering. They asked me for a Grammy, and here we are. I am a product of sacrifice! Thank God and thank you all again!