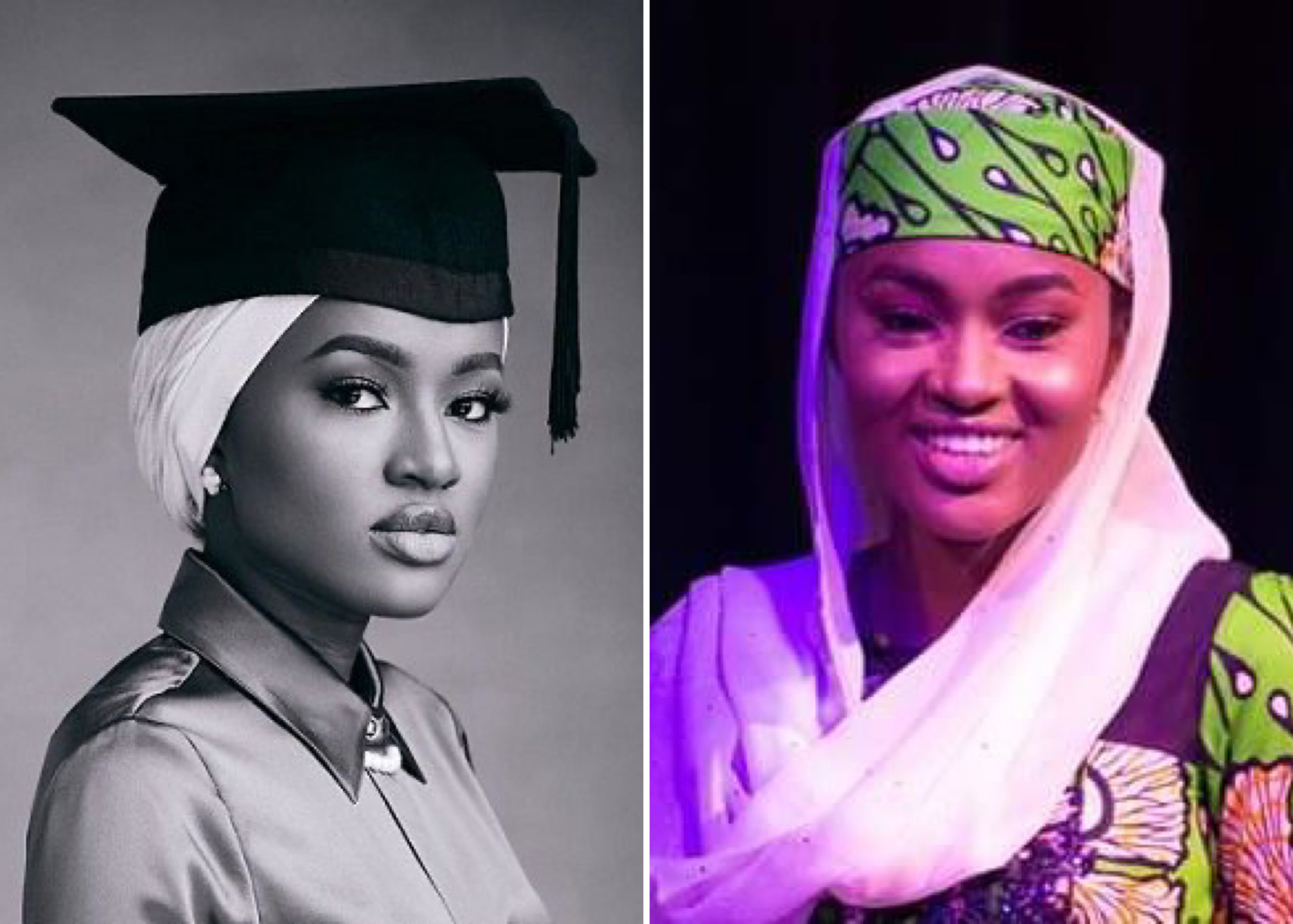 The convocation ceremony took place in the Royal Albert Hall, South Kensington, where about 1,200 graduates from the class of 2021 gathered.

Bayo Omoboriowo, the official photographer to Buhari, announced the development in an Instastory video clip wherein he congratulated her.

The video shows her walking down the podium with a deluge of white academics giving her the accolades.

Hanan’s latest academic stride comes after she had earlier graduated from Ravensbourne University in England.

Born in 1998, Hanan began her educational journey at Kaduna International School. She would go on to study photography and media, graduating with a first-class.

Completing her studies in England, Hanan returned to Nigeria in 2019 to operate as a fine art photographer.

It would be recalled that in 2020, the president’s daughter tied the knot with Mohammad Turad Sha’aban, the son of Mahmud Sani Sha’aban, an ex-lawmaker who represented Zaria at the house of representatives from May 2003 to May 2007.

Shortly after her wedding, Abba Ahmad, a businessman and 400-level Accounting student of Yusuf Maitama Sule University, Kano state, attempted to take his own life over his inability to marry Hanan.