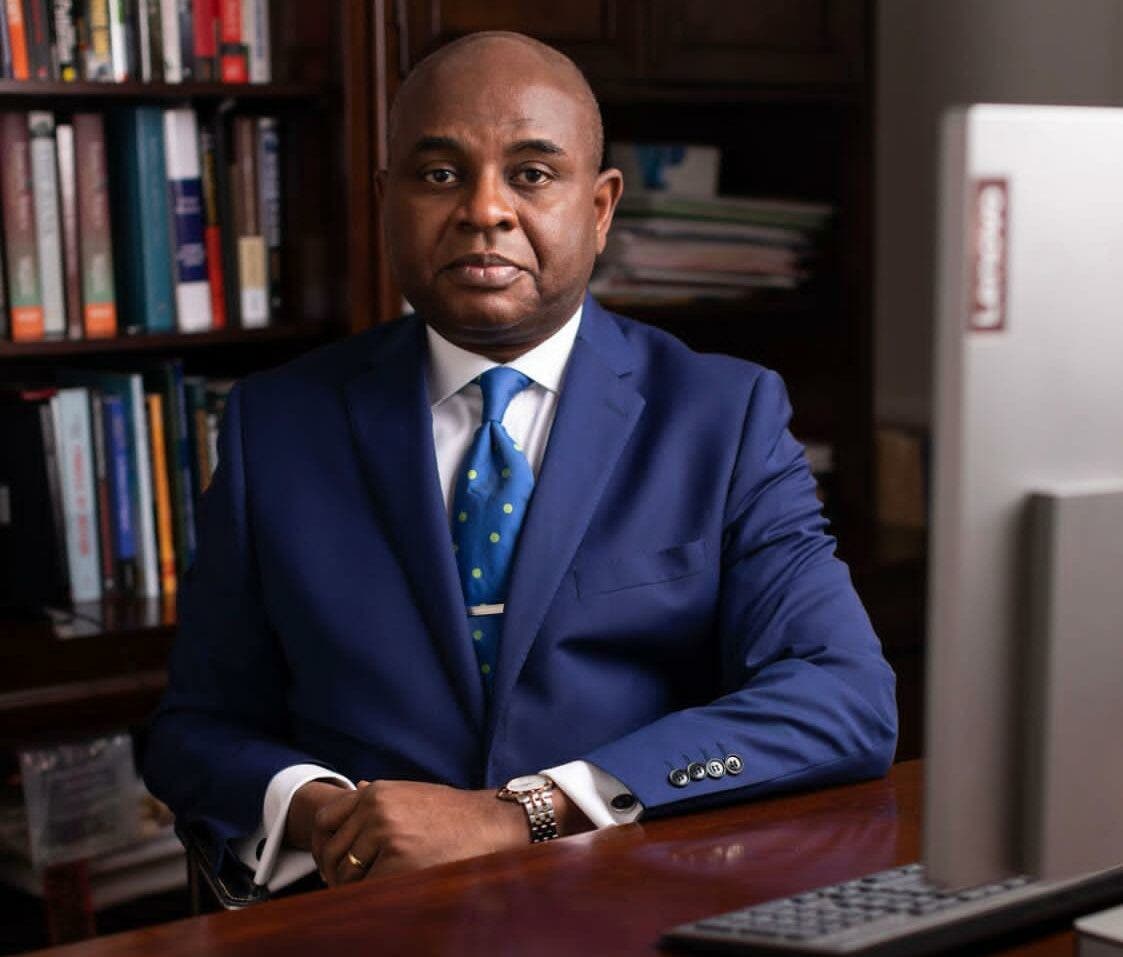 Former presidential candidate, Professor Kingsley Moghalu, has announced his intention to once again vie for the top seat in Nigeria in the forthcoming general elections.

Moghalu, declared his interest to join the 2023 presidential race in a statement on Tuesday, about a year and nine months to the scheduled date of the poll.

Moghalu made the declaration on his Facebook page on Tuesday noting that the country needs a truly committed leader that has the capacity to initiate the constitutional restructuring of Nigeria.

He was a former presidential candidate of Young Progressives Party (YPP) in the 2019 general elections and hinged his decision on the growing insecurity and appalling socio-economic situation of Nigeria.

Moghalu resigned from YPP in October 2019 but did not disclose the party whose ticket he would be flying in the 2023 elections.

While he contested the 2019 presidential election on the platform of YPP, Moghalu said he would announce the political party he would join within the next few months.

The former Deputy Governor of the Central Bank of Nigeria (CBN), promised that if elected, he would run a government with a dream team of highly competent Nigerians from all parts of the country.

2023: I WILL RUN BECAUSE WE THE PEOPLE MATTER

What is the value of a Nigerian life?

We live daily today under the shadow of terrorists. Our economy is collapsing. Many families cannot afford the price of food. Millions of young men and women have no jobs and have no hope.

Our university students know more about ASUU strikes and long school closures than any skills they need to be competitive in the world of the 21st century.

Only the rich and powerful can access quality healthcare in our country or abroad as medical tourists, because our health system, like most other systems, is broken.

I lost my father, Isaac Moghalu, in December 1998 because he had a stroke, but the doctors were on strike, and therefore we could not get him adequate healthcare on time.

Soon after we found a private clinic and moved him there, he went into a coma and passed on shortly afterward. I was heartbroken. Today, 23 years later, not much has changed. Like many, I have suffered the effects of bad governance in our country.

With life in it increasingly nasty, brutish, and short, the very idea of Nigeria is now almost meaningless to many Nigerians. Cries for self-determination fill the air in response to fundamental injustice.

Meanwhile, politics in Nigeria does not bring change, and its benefits go to only one group – the political elite. Their message is loud and clear: we the people —you and I – DO NOT matter.

The bodies of Nigerians are buried in cold corners of foreign cemeteries, strewn across the Sahara desert, and float in the Mediterranean Sea, as a consequence of a non-existent leadership. Our country can no longer speak confidently in the gathering of nations.

Life as ordained by our Creator, that we may experience His Goodness in this land of the living, has eluded us as a people.

Only the emergence of visionary, competent and inclusive national leadership, on the one hand, and a fundamental restructuring of Nigeria based on a new people’s constitution, on the other, can arrest Nigeria’s ongoing disorderly and violent degeneration into a completely failed state. We were not born to be miserable and to die miserably. Enough is Enough!

It is now more than ever necessary that we elect in 2023 a leader who is truly committed and has the capacity to initiate the constitutional restructuring of Nigeria. A leader who is competent to secure our lives and property, successfully manage our diversity, save our economy, and restore our international respect.

For the sake of the youth of our country — including my four children — whose future is being drowned in reckless foreign borrowing, and for the sake of all Nigerians suffering and seeking a clear alternative to the status quo, I intend — with all humility — to present myself — again — as a candidate for the Office of the President of the Federal Republic of Nigeria in the 2023 general elections.

If elected, I will run a government with a dream team of highly competent Nigerians from all parts of our country. Along with strengthened, independent institutions, we will deliver results on a four-point agenda in four years (4 by 4):

— Security for all Nigerians and Nigeria’s territory;

— War against poverty: skills, jobs for our youth, and an innovation economy;

This is my SWAG Agenda for a 21st century Nigeria. I seek the support of all compatriots — of everyone who is tired of our present national situation. We also need the energy and support of our youth, the middle class, entrepreneurs, and our compatriots in the diaspora.

These important segments of our population have in the past been reluctant to engage actively in our electoral process, ostensibly because of the flaws in that process.

The National Assembly must now pass into law, without further delay, necessary electoral reforms that will make democracy yield real dividends for Nigerians. Our votes must count, and be counted transparently. The amendments should include a provision for Diaspora Nigerians to be able to register and vote in all elections in Nigeria from abroad.

I am only one face of a movement. A movement of silent and suffering Nigerians fed up with the insecurity, poverty, and a seemingly hopeless future for our country. A movement that has decided that Enough is Enough.

That movement, soon to be present in our numbers in every voting ward in Nigeria, will announce within the next few months the political party we will join en masse and seek its platform for the presidential, legislative, and gubernatorial roles in governance.

We can do this. We can change Nigeria.

Together, let us walk this road to a Nigeria that, within 30 years of successive administrations, will have achieved the kind of economic and technological advancement attained by countries such as Israel, Malaysia, Singapore, South Korea, and the United Arab Emirates within similar timeframes.

It is possible. We only need to participate actively in the democratic process and vote right when the time comes.