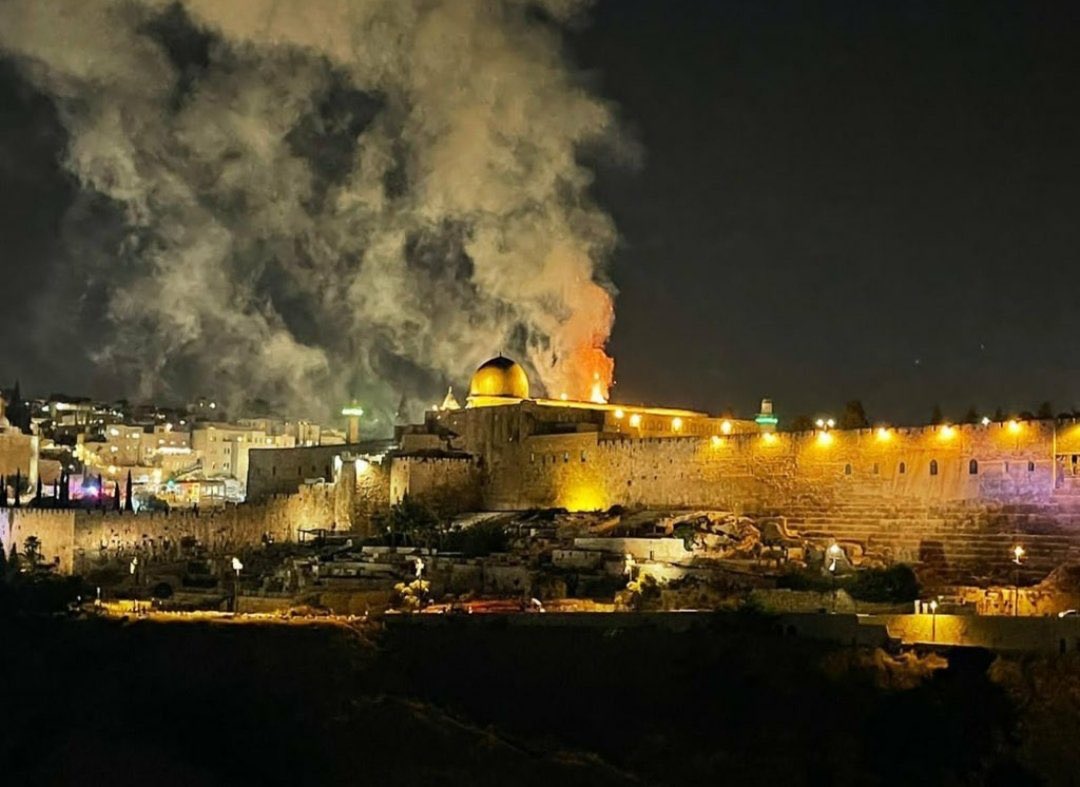 Countries worldwide have appealed for calm after days of unrest spiralled into retaliatory attacks by Israel and Palestinians.

The United States, the European Union and the UK have urged Israel and the Palestinians to lower tensions as soon as possible.

Palestinian militants launched dozens of rockets from Gaza and Israel unleashed new air strikes against them early Tuesday, in an escalation triggered by soaring tensions in Jerusalem and days of clashes at an iconic mosque in the holy city.

Twenty-four people, including nine children, were killed in Gaza overnight, most of them in Israeli strikes. More than 700 Palestinians were hurt in clashes with Israeli security forces in Jerusalem and across the West Bank in 24 hours, including nearly 500 who were treated at hospitals, while Israeli military said six Israeli civilians were hurt by rocket fire Tuesday morning. 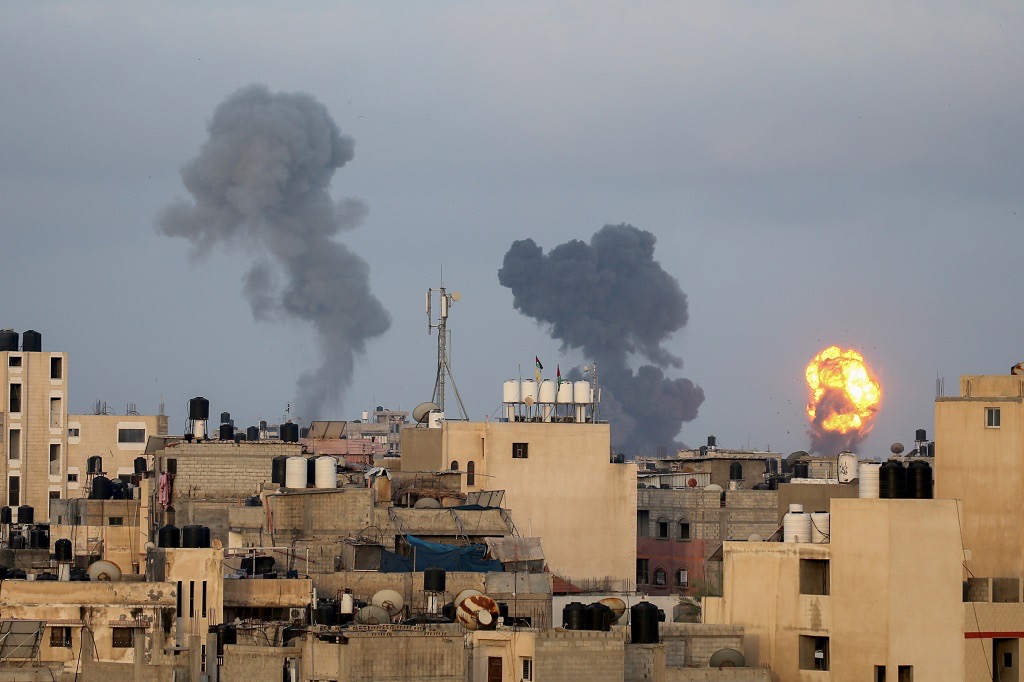 This round of violence, like previous ones, was fueled by conflicting claims over Jerusalem, home to major holy sites of Islam, Judaism and Christianity. The rival national and religious narratives of Israelis and Palestinians are rooted in the city, making it the emotional core of their long conflict.

In recent weeks, tension has been soaring in Jerusalem, marked by clashes between Palestinian protesters and Israeli police in the walled Old City, located in east Jerusalem which Israel captured and annexed in the 1967 war.

Monday was a long day of anger and deadly violence, laying bare Jerusalem’s deep divisions, even as Israel tried to celebrate its capture of the city’s eastern sector and its sensitive holy sites more than half a century ago. 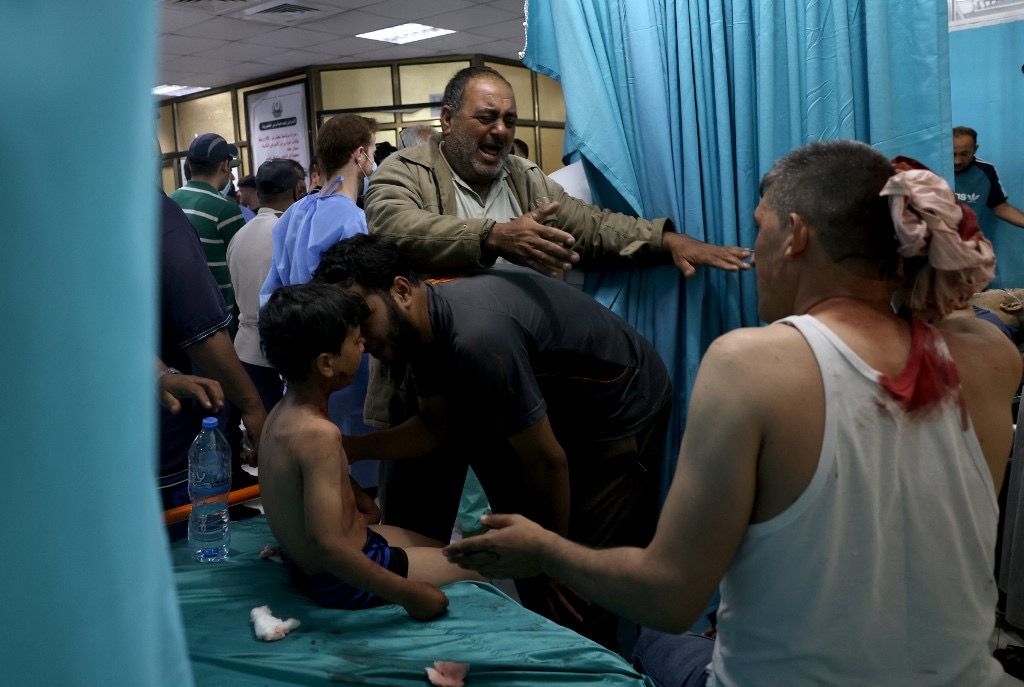 With dozens of rockets flying into Israel throughout the night, Prime Minister Benjamin Netanyahu met with top security officials and warned that the fighting could drag on, despite calls for calm from the U.S., Europe and elsewhere.

Hamas, militant group ruling the Gaza Strip, fired dozens of rockets Monday evening, setting off air raid sirens as far as Jerusalem. The barrage came after Hamas had given Israel a deadline to withdraw forces from the Al-Aqsa compound.

By Tuesday morning, Hamas and other Gaza militants had fired more than 200 rockets, including a barrage of six rockets that targeted Jerusalem, some 100 kilometers (60 miles) away. It set off air raid sirens throughout Jerusalem, and explosions could be heard in what was believed to be the first time the city had been targeted since a 2014 war.

There appeared to be some first signs of de-escalation in Jerusalem early Tuesday. Palestinian worshippers performed the dawn prayer at the mosque without confrontations as Israel apparently limited the presence of its police officers around the compound. Amateur videos showed dozens of faithful marching to the mosque and chanting “we sacrifice our blood, soul for Al-Aqsa.”

In Gaza, an Israeli drone strike killed a man in the southern Gaza town of Khan Younis early Tuesday, according to local media reports. In another strike, a woman and two men were killed when a missile struck the upper floors of an apartment building in the Shati refugee camp on the edge of Gaza City, according to Gaza Health Ministry and rescue services. 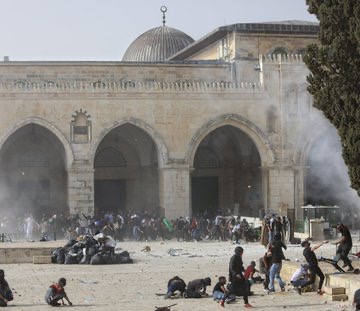 Hamas’ armed wing said it intensified the rocket barrages following the airstrike on the house.

The Israeli military said it had carried out dozens of airstrikes across Gaza overnight, targeting what it said were Hamas military installations and operatives. It said a Hamas tunnel, rocket launchers and at least eight militants had been hit.

Dozens of rockets were intercepted by Israel’s Iron Dome defense system. However, one landed near a home on the outskirts of Jerusalem, causing light damage to the structure and sparking a brush fire nearby. In southern Israel, an Israeli man was lightly wounded after a missile struck a vehicle.

On his part, Prime Minister Benjamin Netanyahu said that “terrorist organizations in Gaza have crossed a red line and attacked us with missiles in the outskirts of Jerusalem.”

Gaza health officials gave no further breakdowns on the casualties. At least 15 of the 22 deaths in Gaza were attributed to the airstrikes. Seven of the deaths were members of a single family, including three children, who died in a mysterious explosion in the northern Gaza town of Beit Hanoun. It was not clear if the blast was caused by an Israeli airstrike or errant rocket. More than 100 Gazans were wounded in the airstrikes, the Health Ministry said.

In a statement issued early Tuesday, Hamas leader, Ismail Haniyeh said the rocket attacks would continue until Israel stops “all scenes of terrorism and aggression in Jerusalem and Al-Aqsa mosque.”

Tensions at the site, known to Muslims as the Noble Sanctuary and to Jews as the Temple Mount, have triggered repeated bouts of violence in the past.

More than a dozen tear gas canisters and stun grenades landed in the mosque as police and protesters faced off inside the walled compound that surrounds it, said an Associated Press photographer at the scene.

Smoke rose in front of the mosque and the golden-domed shrine on the site, and rocks littered the nearby plaza. Inside one area of the compound, shoes and debris lay scattered over ornate carpets.

Over 600 Palestinians were hurt in Jerusalem alone, including more than 400 who required care at hospitals and clinics, according to Palestinian Red Crescent.

Monday’s confrontations came after weeks of almost nightly clashes between Palestinians and Israeli police in the Old City of Jerusalem during the Muslim holy month of Ramadan. The month tends to be a time of heightened religious sensitivities.

Most recently, the tensions have been fueled by the planned eviction of dozens of Palestinians from Sheikh Jarrah neighbourhood of east Jerusalem, where Israeli settlers have waged a lengthy legal battle to take over properties.

In Washington, US State Department spokesman, Ned Price condemned “in the strongest terms” the rocket fire on Israel and called on all sides to calm the situation.

“More broadly, we’re deeply concerned about the situation in Israel, the West Bank and the Gaza Strip, including violent confrontations in Jerusalem,” he said.

He added the U.S. would remain “fully engaged” and praised steps by Israel to cool things down, including the court delay in the eviction case.

In an apparent attempt to avoid further confrontation, Israeli authorities changed the planned route of a march by thousands of flag-waving nationalist Jews through the Muslim Quarter of the Old City to mark Jerusalem Day.

The annual festival is meant to celebrate Israel’s capture of east Jerusalem in the 1967 Mideast war. However, it is widely seen as a provocation because the route goes through the heart of Palestinian areas.

Israel also captured West Bank and Gaza in 1967. It later annexed east Jerusalem and considers the entire city its capital. The Palestinians seek all three areas for a future state, with east Jerusalem as their capital.

Meanwhile, the United Nations, Egypt and Qatar, which frequently mediate between Israel and Hamas, were all trying to halt the fighting, a diplomatic official confirmed. He spoke on condition of anonymity because he was not authorized to discuss the issue with the media.

The tensions in Jerusalem have threatened to reverberate throughout the region and come at a crucial point in Israel’s political crisis.

Netanyahu failed to form a governing coalition last week, and his opponents are now working to build an alternate government.

See some disturbing videos of the series of attack below;

When Palestinians in Gaza launch missiles at Israel, they do so to kill Israeli civilians while using civilians in Gaza as human shields.
This is a double war crime!
Please RT and pray for us!pic.twitter.com/4BWlcFHMWg

#BREAKING A distressed worshipper films from inside #AlAqsa Mosque complex as Israel police fire tear gas and stun grenades inside.

At least 50 people have been hospitalised after the Mosque was raided on Monday morning#Jerusalem #Palestine #AlAqsa #Israel pic.twitter.com/3seh51OgaX

The flag of Israel is fighting back. pic.twitter.com/lFs8d7Wx9G

Presidency Says There Was A ‘Foolish, Unsuccessful Attempt’ To Burgle Chief Of Staff’s Residence

Israel To Rejoin African Union As Observer — 19 Years After…

EU To Hold Urgent Talks On Israel-Palestinian Fighting On…