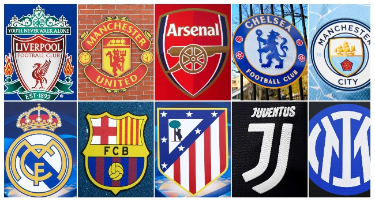 UEFA have announced sanctions, including financial punishments, against nine of the 12 clubs behind the aborted Super League project, after the clubs “apologised” and acknowledged “a mistake”.

The governing body of European football said that “in a spirit of reconciliation” the nine clubs had agreed to a “Club Commitment Declaration” and accepted a five percent cut in their European revenue for one season.

However, three clubs, Barcelona, Real Madrid and Juventus, did not sign the declaration.

“The matter will promptly be referred to the competent UEFA disciplinary bodies,” the statement concluded.

The nine clubs that opted out of the project — Tottenham, Arsenal, Manchester City, Manchester United, Chelsea, Liverpool, Atletico Madrid, Inter Milan and AC Milan — have agreed to a series of “reintegration measures”.

“These clubs recognised their mistakes quickly and have taken action to demonstrate their contrition and future commitment to European football,” said UEFA president Aleksander Ceferin.

The same cannot be said for the clubs that remain involved in the so-called ‘Super League’ and UEFA will deal with those clubs subsequently.

The nine have agreed to forego five percent of their revenue from UEFA competitions for one season and pay, between them, a 15-million-euro ($18.25 million) donation to support grassroots and youth football in Europe.

They also committed to participating in UEFA competitions for which they qualify and agreed to pay fines of 100m euros if they ever seek to play in an “unauthorised” competition.

“It takes a strong organisation to admit making a mistake especially in these days of trial by social media. These clubs have done just that,” said Ceferin.

In accepting their commitments and willingness to repair the disruption they caused, UEFA wants to put this chapter behind it and move forward in a positive spirit.